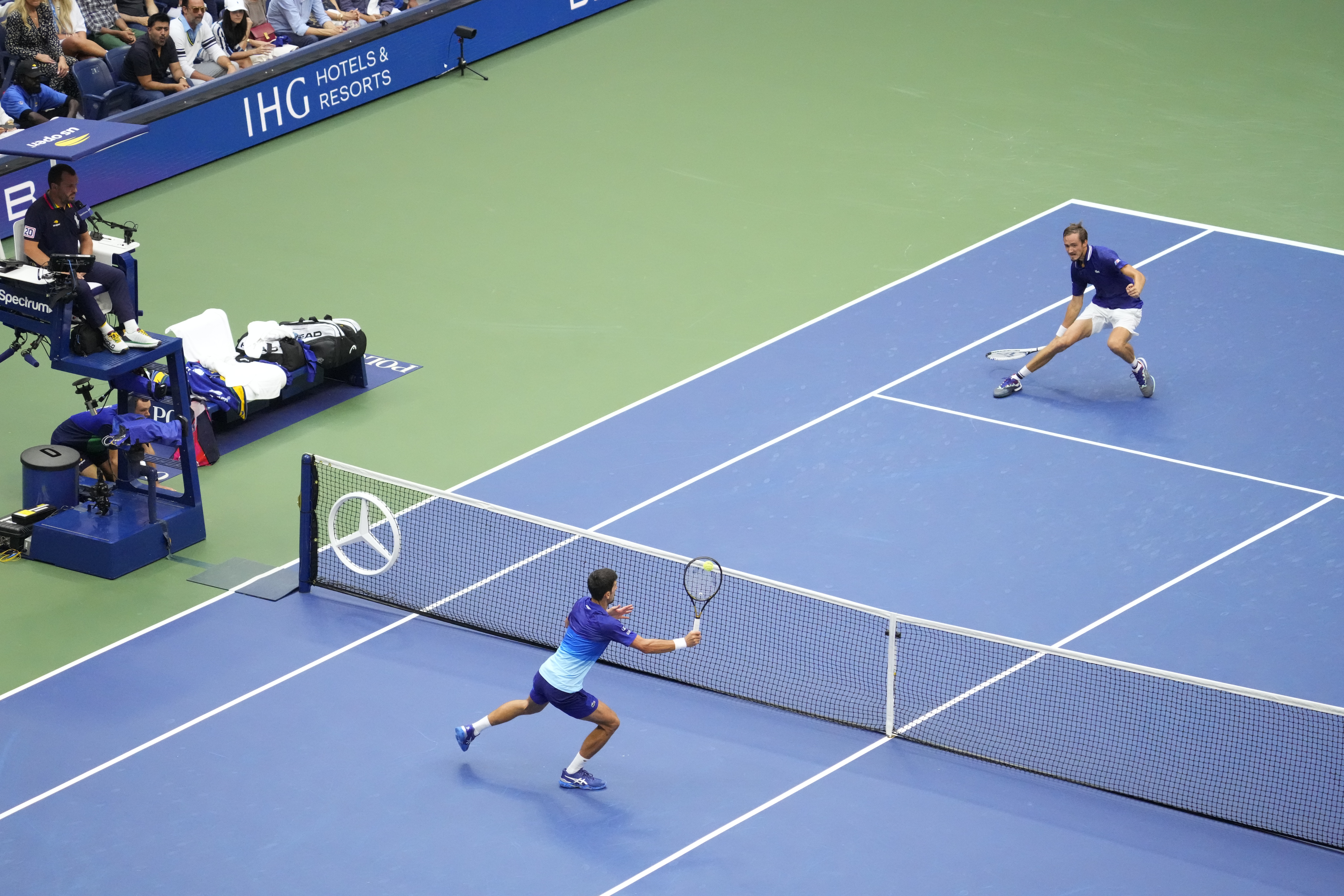 The US Open is the final of the four Grand Slam tennis events held each year. Usually, the US Open annually takes place between late August and early September.   Founded in 1881, the US Open is one of the best-attended tennis events held worldwide. It is also a significant television event with high ratings. This popularity means that the US Open has a relatively rich purse of over $53 million in prize money. The US Open consists of five championships: men's and women's singles, men's and women's doubles, and mixed doubles. The tournament is played on the Billie Jean King National Tennis Center's acrylic hard courts in Flushing Meadows-Corona Park, Queens, New York City. This locale has been the home of the US Open since 1978.

The centerpiece of the complex is Arthur Ashe Stadium, capacity 23,771. It is named after the late great Arthur Ashe, one of the elite players in the sport's history. Arthur Ashe Stadium is the most sophisticated tennis facility in the world and the most luxurious, with a total of 90 luxury boxes. It includes a retractable roof.

There has been relative parity on the men's singles side compared to other Grand Slam tennis events. Eight different individuals have won the US Open since 2008. That last repeat winner was Roger Federer, who established a dynasty with five consecutive US Open titles from 2004 through 2008. Other recent notables have been Rafael Nadal with three wins from 2010 through 2019 and Novak Djokovic with three titles from 2011 through 2018.

On the women's singles side, Molla Bjurstedt of both the United States and Norway has a record eight US Open titles. Meanwhile, Helen Wills Moody owns seven US Open championships.

In the modern era, Chris Evert and Serena Williams of the United States each have six US Open championships. Margaret Court of Australia and Steffi Graf of Germany each of five titles.

Lately, the US Open women's singles tournament has had the element of surprise.

Osaka exploded on the world tennis scene in 2018 with her stunning upset win over Serena Williams 6-2, 6-4. In another shocker that took place in 2019, Canada's Bianca Andreescu defeated Serena Williams 6-3, 7-5 for the championship.

Those US Open championship wins by Naomi Osaka, and Bianca Andreescu over Serena Williams were emblematic of a changing of the guard in women's tennis.

Since her 1999 US Open championship, Serena Williams has been the biggest name in tennis for either women or men. She began with a sibling rivalry against her sister Venus Williams and became the sport's dominant player. She would partner with her sister to win numerous doubles championships. Serena has 23 Grand Slam single's titles, the most of any player in the Open era.

Her longevity is best exemplified by her being ranked number one in the world at various times between 2002 and 2017. She was once ranked number one for 186 consecutive weeks. Williams is an iconic brand that goes far beyond tennis. She is one of the most sought-after commercial product endorsers of all time.