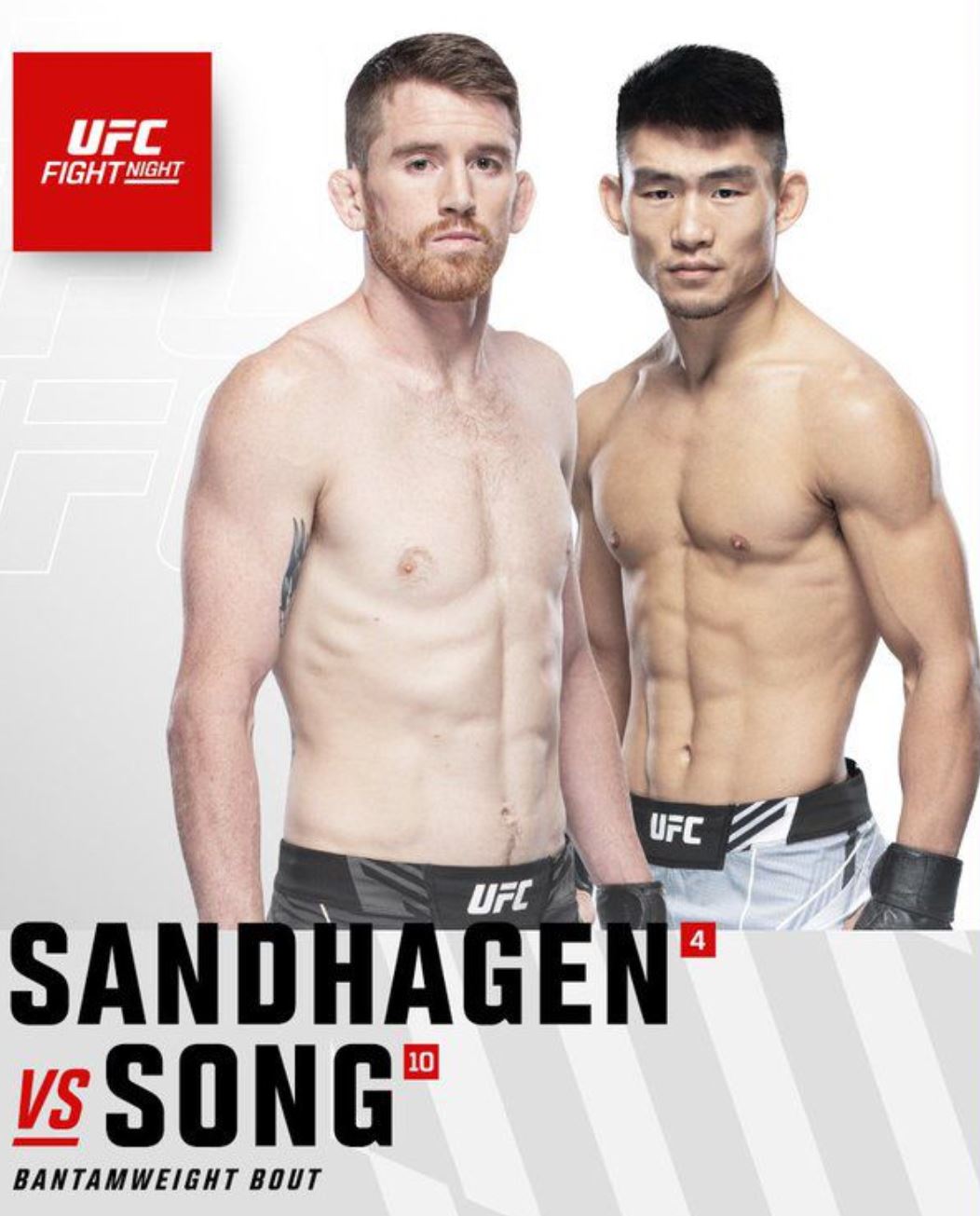 A pair of top 10 ranked Bantamweight fighters match up on Saturday night as they look to continue their ascension up the division standings. Cory Sandhagen will face Yadong Song in this weekend’s Las Vegas event.

Sandhagen enters as the more highly ranked fighter, but he finds himself on a two-match skid. He’ll be desperate for a win against quick-rising Song, who’s now won three straight UFC bouts. BetMaker previews this fight and gives its prediction for the final outcome.

Cory “The Sandman” Sandhagen comes into this fight as the No. 4 contender in the Bantamweight division. He’s 14-4 as a professional fighter, boasting a 7-3 mark in the Octagon. Of those seven UFC victories, four have come by way of knockout including each of his last two wins.

Unfortunately, those wins have been hard to come by of late. Sandhagen has dropped each of his last two fights, both by decision, though many would say he outperformed TJ Dillashaw in a split decision defeat. Despite the recent missteps, Sanhagen has proven that he belongs among the Bantamweight elite.

The Sandman will face off against up-and-comer Yadong “The Terminator” Song. While Song’s UFC standing isn’t quite as heralded as his opponent’s (No. 10 ranking), his success has been undeniable.

He enters this matchup with a 19-6-1 professional record which includes an 8-1-1 mark under the UFC flag.

Of those eight UFC victories, four have been knockouts. The Terminator has ended each of his last two fights early and currently finds himself on a three-bout winning streak. At 5-foot-8, Song will give up some reach to his foe, but that’s yet to have an effect on his performance thus far, having won six of seven fights in those situations.

This should be an exciting matchup between a pair of formidable foes.

Cory Sandhagen will enter the fight as the favorite, currently being listed with -200 odds at BetRivers sportsbook. Yadong Song will look to overcome his +160 chances of landing an upset. Based on those lines, it appears that the books are expecting a close fight.

When digging deeper into the numbers, many expect this fight to go the distance. Odds of hearing the final bell come in at -162 while the chances that the bout ends early sit at +123.

With that being said, the most likely method of victory is a decision win on both sides. Song’s odds of a decision win sit at +420, followed closely by a knockout win at +450. Sandhagen’s chances of landing a decision win come in at +120, with a knockout being his second-most likely option at +410. Neither fighter is expected to win by submission, with both lines sitting at +1300 or more.

This should be an extremely close matchup, maybe even closer than the lines indicate. If you believe in backing the favorite, Sandhagen, you’ll need to lay down $200 to land a $100 win. If you think Song can pull the upset, there is value. A $100 wager would pay out $160.

We tend to lean towards Vegas’s prediction of a Sandhagen victory. He finds himself in a position where he can’t afford another loss.

Song provides a strong resume, but he’s yet to fight the level opponent he’ll see on Saturday. At least not on a consistent basis.

The number is a little high for a Sandhagen win at -200, so we’ll add a little extra juice by taking a win-by decision at +120. The Sandman ends his losing streak this weekend.