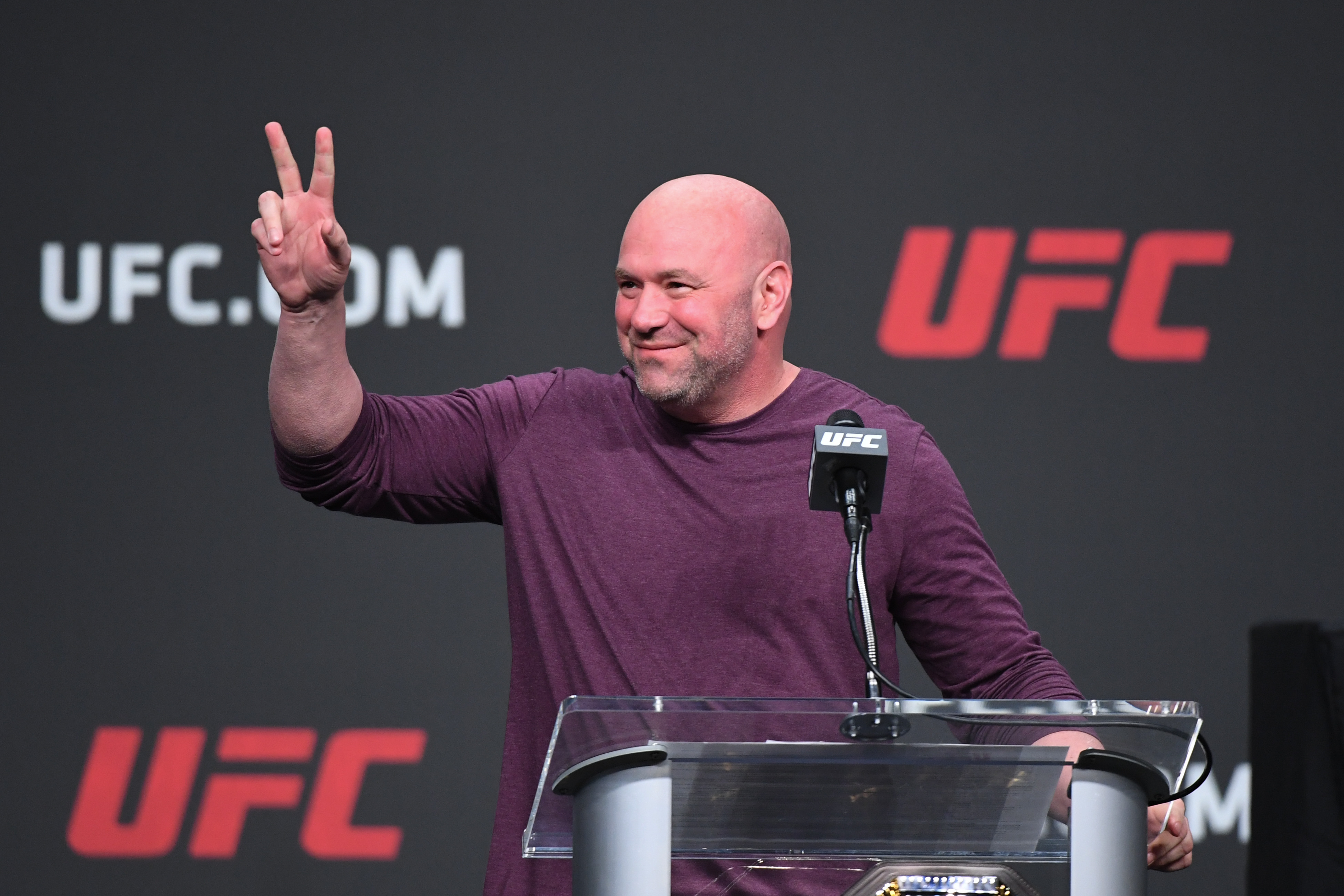 The Year 2021 is set to close and there is no doubt it was a good one for the UFC, as the organization and its president Dana White brought us some great fights and a lot of action. White closed out the calendar year in the news with a war of words with YouTube star turned boxer Jake Paul. There is no question that Paul has gotten under the skin of White by defeating some former UFC fighters, but White recently put a challenge to Paul that he may not accept. Since the year is about to come to an end it is also a good time to look at some end of year awards like Fighter of the Year, Fight of the Year, etc.

It seems unlikely that Jake Paul will get his wish to fight a current UFC fighter, but Dana White is willing to deal with Paul in one respect. Paul knocked out former UFC welterweight champion Tyron Woodley earlier this month and then Paul gloated that he embarrassed the entire UFC organization. Paul said that he wants to fight stars like Jorge Masvidal or Nate Diaz. White has said to the media that he is not going to let Diaz or Masvidal go up against Paul while they are in the UFC. White said that Paul just wants to fight people who are not in his weight class and retired. White did put out a proposal for Paul though.

“I got a challenge for Jake Paul,” White said to the media, “This guy keeps saying that I’m a cokehead. He can randomly cocaine test me for the next 10 years if I can randomly steroid test him for the next two.” Woodley has already said that Paul should be drug tested and Tommy Fury said the same thing. It will be interesting to see if Paul is willing to take up White’s challenge.

Fighter of the Year

There does not seem to be any doubt that the Fighter of the Year in 2021 was Kamaru Usman. He is already getting into the discussion as the greatest 170-pound fighter of all time. Usman was very busy in 2021, as he fought three times. He defended his title against Gilbert Burns and Colby Covington and he destroyed Jorge Masvidal. Many people are comparing Usman to Georges St. Pierre in his prime. If you were going to pick a Fighter of the Year on the women’s side it might just be Julianna Pena. She beat Amanda Nunes at UFC 269 in one of the biggest upsets in UFC history. Nunes had won 12 straight fights as is considered perhaps the greatest female fighter of all-time. Pena took out Nunes with a submission finish in the second round and earned a lot of respect in the process.

Fight of the Year

Many people believe that the bout between Alexander Volkanovski and Brian Ortega at UFC 266 was the Fight of the Year in 2021. This UFC featherweight title bout was a great one, as Ortega fought back from early damage to make this fight exciting. Volkanovski continued to escape dangerous positions that would have finished most fighters. These two brutally battled each other for five rounds and it was intense. Ortega barely made it past the medical test to get into the fourth round and he somehow survived a beating in the fourth round to send this fight to a fifth and final round. It is amazing that Ortega went into round five at all and then he found energy that amazed everyone. After getting cut by a head butt, Ortega attacked and continued to go forward. The two fighters traded big shots and continue to battle right to the end of an amazing fight that Volkanovski won by unanimous decision.