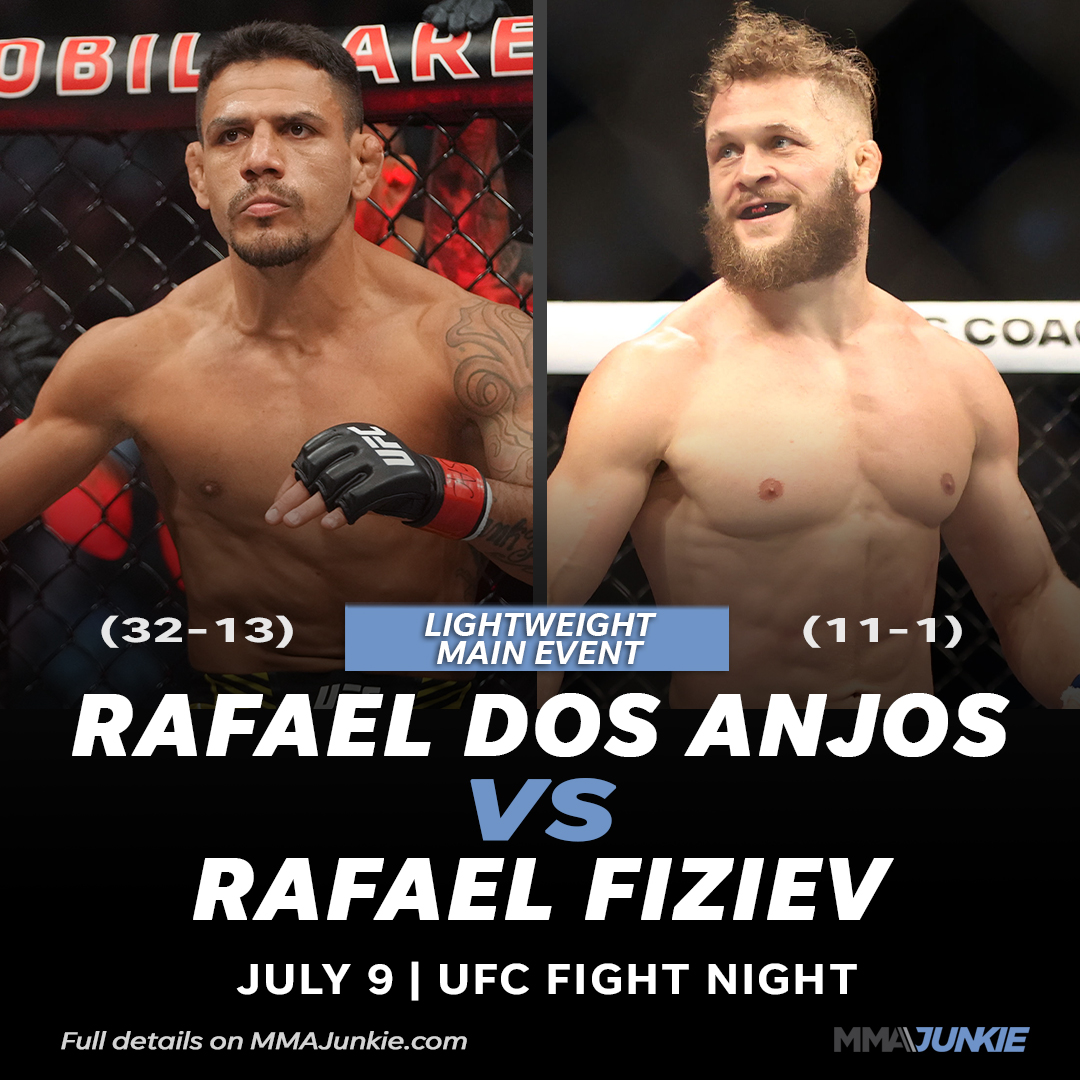 Rafael dos Anjos will battle Rafael Fiziev this Saturday in what should be a highly entertaining bout. It will be a matchup of the old versus the new as rising star Fiziev looks to prove himself against former UFC lightweight champion dos Anjos. This battle of top 10 fighters was originally slated to occur in February but was pushed back. Fans no longer have to wait with the highly anticipated bout finally here.

Fiziev may enter this contest as the young gun, but he’s been very successful in his budding UFC career. He’s posted a 5-1 mark in UFC competition, winning each of his last five fights since dropping his debut. For his professional career, he’s been able to run his record up to 11-1 all-time.

Dos Anjos, meanwhile, is a much more seasoned fighter. He’s held the division title, though he’s struggled since losing that lightweight belt. Over his last 12 fights, dos Anjos is just 6-6. He has, however, won his last two outings to improve to 31-13 all-time, which should lend some confidence.

This matchup will truly see the element of experience vs. athleticism. The younger Fiziev has the advantage in strength and power, and he’s shown true knockout ability by KO’ing two of his six UFC opponents. What dos Anjos lacks in strength, he’ll make up for in technical skill and experience. The Brazilian has fought in 44 professional fights and reached the pinnacle of the UFC world.

Which will prevail on Saturday night? BetMaker previews the upcoming fight and gives its prediction.

This one could go a variety of different ways. Let’s start with the initial odds.

Fiziev will enter as the favorite despite the sizeable difference in experience. He comes in as the No. 10 ranked fighter at his level and he boasts -225 odds at SugarHouse Sportsbook. Although dos Anjos enters with a higher UFC ranking (No. 7), he is the underdog with +175 odds.

The two fighters have much different styles. Fiziev packs a punch, knocking out 40% of his UFC opponents in the ring. His other four wins have come via decision. Fiziev’s best opportunity to land a win is going to be in an early finish, and since he’s yet to land a submission win, it seems that a knockout blow is hit best bet.

But dos Anjos hasn’t been knocked out in a fight since 2016. He has a knack for going the distance, which will certainly be the gameplan in this matchup. Dos Anjos isn’t known as a finisher, posting just a 20% KO rate and a 20% submission rate. He’ll look to stretch this fight out to the final bell.

Bookmakers tend to think this one will go the distance. The odds of a decision for either side sit at -152. Fiziev’s chances of a decision win come in at +140 while dos Anjos’s sit at +350. If the fight ends early, though, there are two very different projected outcomes depending on who you’re backing.

Dos Anjos’s second most likely method of victory is submission, coming in at +700. He’s not known for his knockout ability and boasts just +1000 odds of a KO. Fiziev is more likely to land a knockout punch, holding +220 odds. His submission chances come in at a +1600 longshot.

In this matchup of new versus old, we’ll stick with the more proven fighter. Dos Anjos has been around the block and he enters with that No. 7 ranking for a reason. He’ll show why on Saturday. Look for him to stretch this fight out while avoiding a massive knockout blow.

With the odds sitting at +175, it’s too juicy to lay off. Take a chance on the underdog.