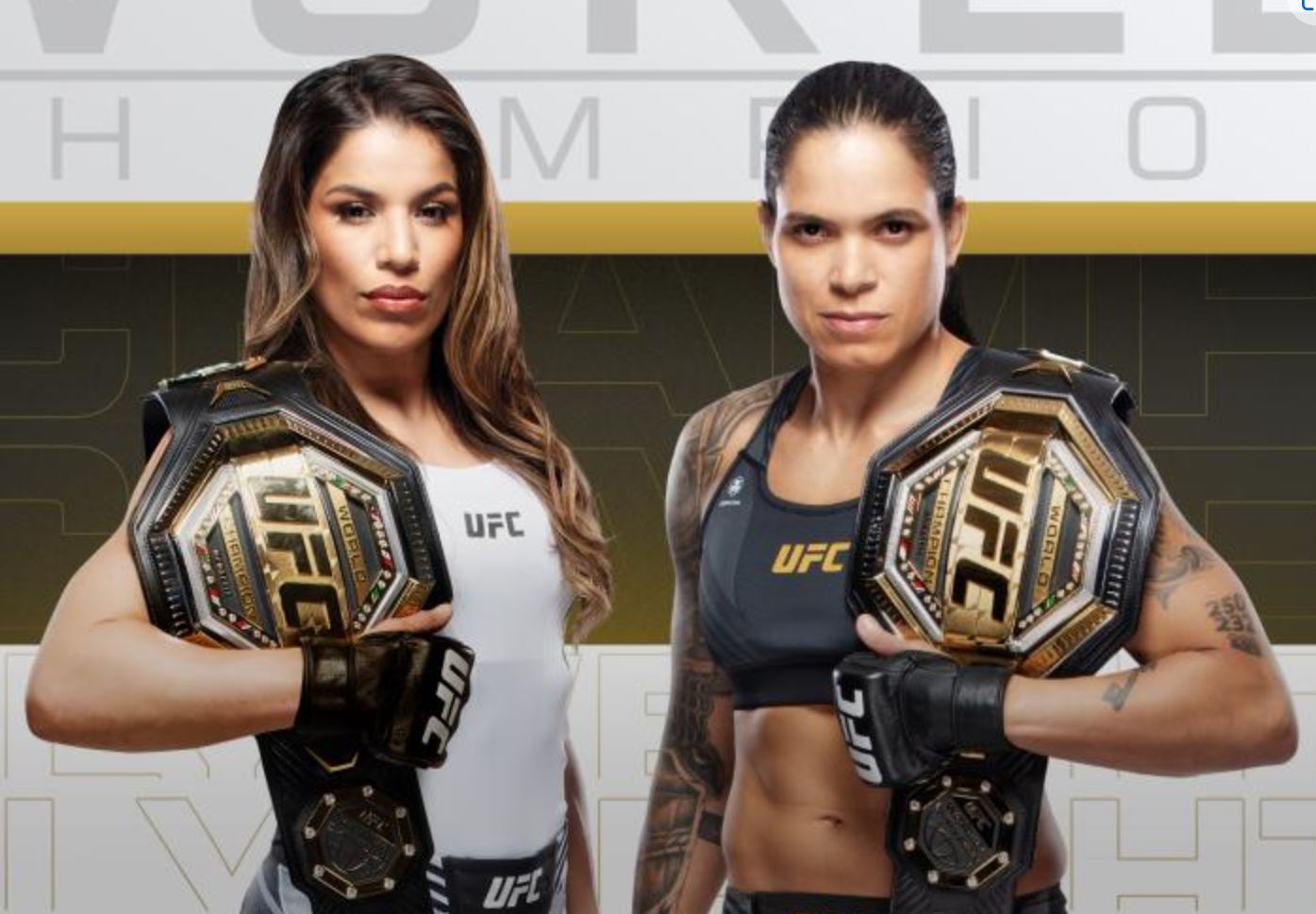 Julianna Pena will face off against Amanda Nunes for the second time this Saturday in what should be a highly entertaining battle. The Women’s Bantamweight Title will be on the line in the rematch after Pena upset Nunes last December to land the belt.

Now, Nunes will look for revenge, as well as a chance to gain champion status once again. The hard-hitting fighter has posted a 21-5 record as a professional, including a near spotless 14-2 mark under the UFC flag. One of those losses, of course, came her last time out against her future opponent.

Nunes will enter the bout as the No. 1 contender, and she’s widely believed to be the best female MMA fighter in the history of the sport. Before dropping the title fight to Pena, Nunes had been on a 12-fight win streak. She’d successfully defended her Bantamweight belt in nine of those 12 matchups, and she’s eager to get that title back.

Pena enters as the champion, having posted an 11-4 professional record. That includes a 7-2 in the UFC. Both of those losses have come within her last five fights, leading many to believe she could be vulnerable. She won the title belt in an all-time upset, as she entered her last fight with Nunes as a +700 underdog. Most see that as a fluke, and they think her time as champ will be short lived.

Nevertheless, Pena possesses great submission skills. She excels on the mat and will look to utilizer her superb grappling abilities on Saturday. She’s won each of her last two fights via submission, and she’ll look for a repeat performance against Nunes this weekend.

Which fighter will emerge victorious? BetMaker takes a look at the upcoming bout to give a preview and prediction.

Despite being the Bantamweight champion, Julianna Pena enters this fight as the underdog. The fighter boasts +230 odds according to SugarHouse sportsbook. While she’s not quite the long shot she was in her last matchup with Nunes, the books still don’t see her as a true threat to keep her belt.

Instead, Vegas looks to Nunes, who holds -305 odds at the sportsbooks. She’s earned the respect as one of the top female fighters of all time, and she’s looking make Pena’s stint as champion short lived.

Sportsbooks don’t think this fight will go the distance, with odds of an early end sitting at -286. Chances of hearing the final bell come in at +210. Their last matchup ended early with a Pena submission.

When looking at method of victory, Nunes holds impressive +106 odds to win via knockout. While she boasts great grappling skills, she often looks to get the fight to the mat to employ a ground and pound tactic. Nunes has knocked out seven of her 16 foes. She also holds +400 odds to win by decision and +750 odds to win via submission.

Pena’s best chance of a win comes by decision, where she boasts +650 odds. Her odds of winning by submission come in at +700 while a knockout victory is a longshot at +1300. She’s knocked out two of her nine opponents while posting three wins by decision and a pair of submission victories.

We’ll back the favorite here, as we believe the result of their last fight was a bit of an outlier. Taking nothing away from Pena, her time as champion will last just one fight as Nunes successfully takes her place back as titleholder.

Back Amanda Nunes to get revenge on Saturday night and leave the American Airlines Center as Bantamweight champ.