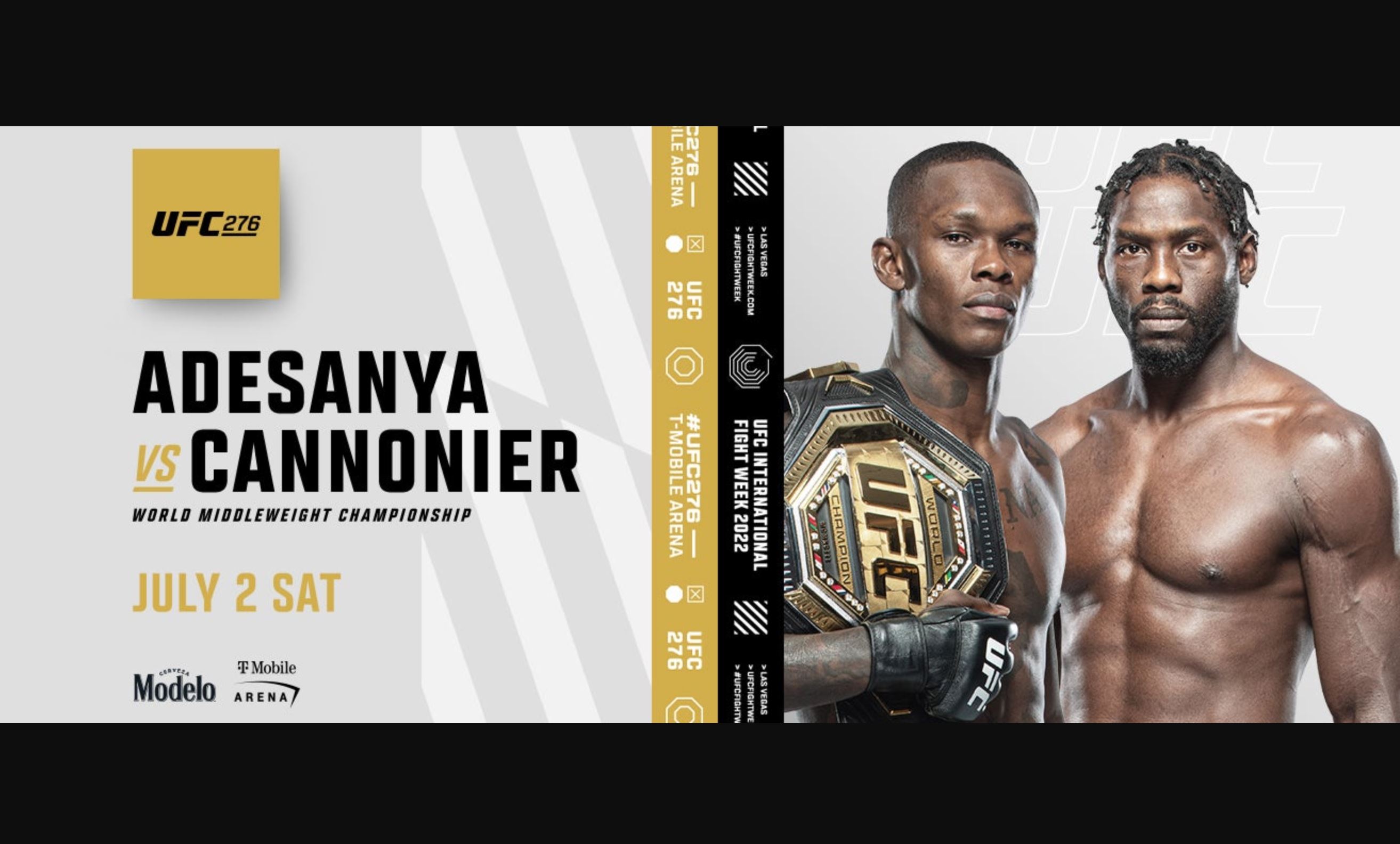 Saturday presents UFC viewers with the long-awaited matchup between Israel “The Last Stylebender” Adesanya and Jared “Tha Killa Gorilla” Cannonier. These two middleweight fighters will face off for the division crown in Las Vegas.

Adesanya currently holds the middleweight belt and he’ll look to defend it for the fifth time since first gaining the title in 2019. Cannonier hopes to take that title with an upset win over the Stylebender, as he looks to improve upon his No. 2 class ranking.

Adesanya is a technical kickboxer, arguably the best in the UFC. That shouldn’t come as a surprise noting his championship status. He boasts great length and quickness which can be deadly for his opponents in the octagon.

With that skilled precision, Adesanya has posted a 22-1 overall record with an impressive 11-1 mark in UFC action. His lone loss came in a title bout as he tried to make a jump to a higher class. While he lost to Jon Blachowicz, The Last Stylebender is undefeated at the middleweight level.

Of those 22 wins, 15 have come by way of the knockout. The 32-year-old possesses a gawdy 80-inch reach with his 6-foot-4 frame, giving him the ability to strike from distance. That could certainly come in handy when facing the 5-foot-11 Cannonier.

Speaking of Cannonier, Tha Killa Gorilla is currently the No. 2 ranked fighter at the middleweight level, and he’s hoping to take over the top spot this weekend. Cannonier it 15-5 as a pro, including 10 knockout wins. He’s posted an 8-5 mark in UFC events.

While the record might not jump off the charts, it seems that Cannonier has found his place in the middleweight class. After beginning as a heavyweight, he dropped down to light heavyweight status. There, he went just 2-3 in his first five matchups. Upon another division change, he’s posted a 5-1 record at the middleweight level, including having knocked four of his six foes out.

Tha Killa Gorilla is an impressive striker that hopes to land a powerful punch to Adesanya. If his previous fights are any indication, a knockout could be looming.

BetMaker takes a look at the upcoming battle and gives a preview and prediction for the fight.

Adesanya, unsurprisingly, enters as the favorite according to SugarHouse Sportsbook. And a heavy favorite, at that. He comes into Saturday’s bout boasting -455 odds, meaning you’ll have to lay down quite a bit of dough to see a profit. A $455 bet yields just a $100 win.

On the flip side, Cannonier enters as the underdog with +335 odds. An upset would provide backers with a huge payout as a win would more than triple your money. A $100 wager would win $335, but it will be tough for Cannonier to land that title victory.

Both fighters enter with recent success, with each being on a current two-fight winning streak. They’ve also been impressive at the middleclass level, combining to win 16 of their 17 matchups in the division. Fans should have an entertaining battle on their hands.

The method of victory and length of fight are interesting though. Adesanya’s last three fights have gone the distance with two ending in decision wins. On the flip side, four of Cannonier’s last five wins have come via the knockout. And that could be his most likely form of victory against Adesanya, who’s a strong technical fighter that obviously has the stamina to go deep into bouts.

There appears to be a sizeable gap between the champion, Adesanya, and the No.2 ranked Cannonier. The odds reflect as much. While Cannonier has found more success at the middleweight class than at higher levels, Adesanya has been even better.

His dominant 11-0 record in the division shows that he’s earned the belt, and he should be successful in defending if for a fifth time on Saturday. While the odds are pricy, you can’t go wrong in backing The Last Stylebender.