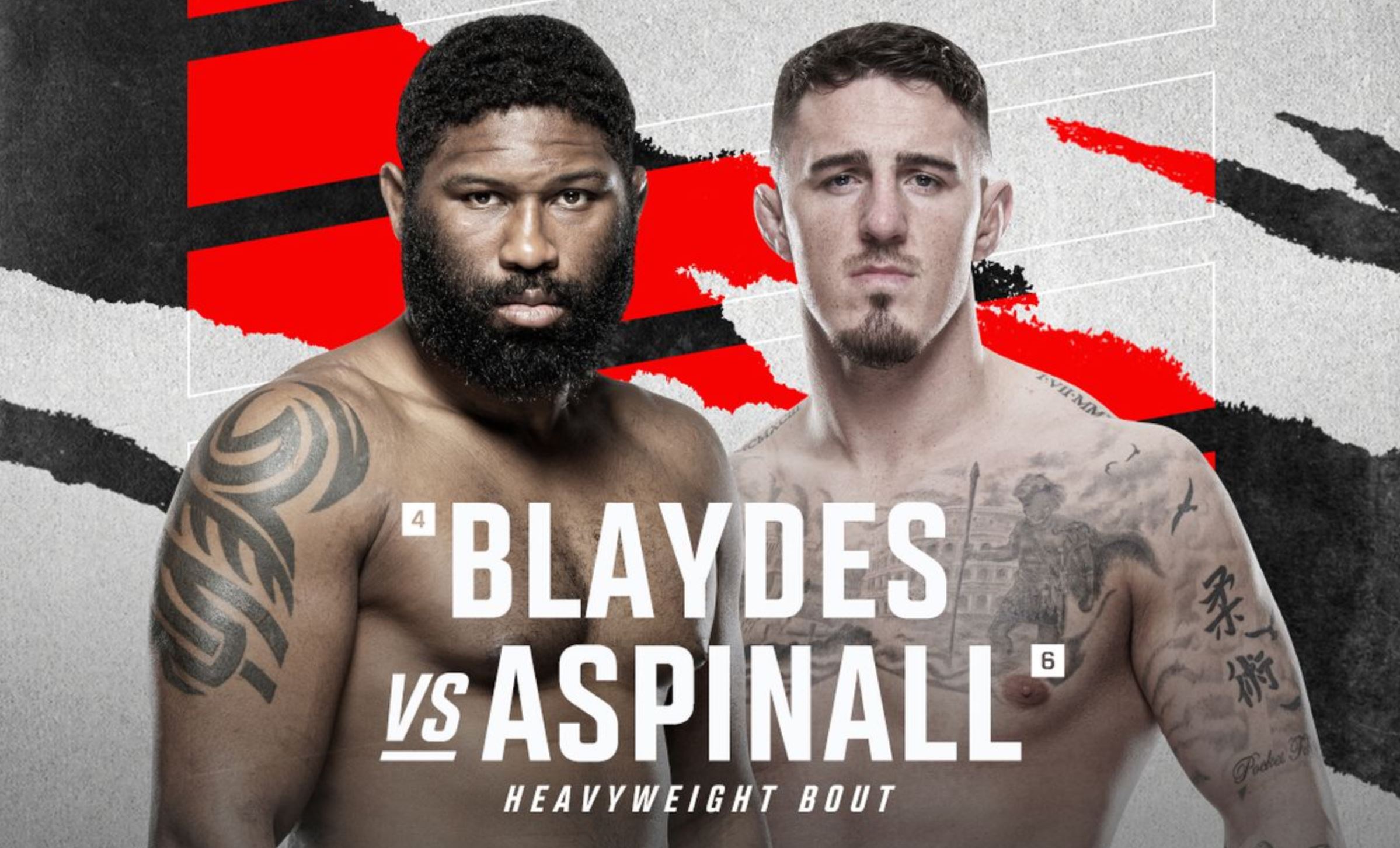 Curtis Blaydes and Tom Aspinall will face off in an exciting matchup of two heavyweight title contenders. It’s expected to be a close fight, with Vegas opening the bout at near pick ‘em odds. One fighter has since gained a bit of steam at the sportsbooks, but it won’t make his winning the contest any easier.

Tom Aspinall enters this matchup at 12-2 in his professional fighting career. That includes having posted a perfect 5-0 mark under the UFC flag. He’s knocked nine of his 14 opponents out, a trend that has continued into his UFC stint. Aspinall has yet to reach the final bell as a UFC fighter, knocking out three foes and winning by submission against two others.

Aspinall comes into the fight as the No. 6 ranked contender, slightly behind his opponent in this upcoming match. His fighting background comes in Brazilian Jiu-Jitsu and boxing, which gives him his powerful knockout potential. He’s fresh off of the most impressive performance of his career with a first-round win over Alexander Volkov.

Curtis “Razor” Blaydes enters as the No. 4 contender in the heavyweight ranks, posting a 16-3 professional record. He boasts much more extensive UFC experience, having totaled 15 bouts in the Octagon. In that time, Blaydes is 11-3 with one no contest. That includes having knocked six of his 15 foes out, while his other five wins came via decision.

Blaydes possesses a wresting background, and he thrives when getting the fight to the mat. Once his opponent is off of his feet, the forceful fighter uses a powerful punch to land a knockout blow. Blaydes’ competition throughout his career has been much stiffer, so while he does boast three knockout losses, he shouldn’t be taken lightly by Aspinall.

BetMaker takes a look at the upcoming bout, giving a preview and prediction for what should be an evenly matched fight.

Despite his lower heavyweight ranking, it’s Tom Aspinall who enters as the favorite. The Brit boasts -138 odds at SugarHouse sportsbook, and he’s hoping to bring home a huge win in front of the home crowd. As a favorite, Aspinall has posted a perfect 5-0 record. Blaydes comes into the fight as the underdog, holding +110 odds. This will be the first time in his UFC career that he enters as a ‘dog.

As far as the length of the fight goes, the sportsbooks don’t think this one will hear the final bell sound. The odds of this bout going the distance are set at +210, while the chances of an early finish rest at -286. We mentioned earlier that Aspinall has never gone the distance in a UFC fight. In fact, each of his 12 professional wins has come by finish, with nine knockouts and three submission wins. If you’re backing Aspinall to win, it will likely come early.

Blaydes has seen a different result, with six of his 11 UFC wins coming by knockout. That’s compared to five decision wins in which the fight has gone the distance. It will be a bit more difficult to guess the outcome should he pull out the victory.

While Blaydes boasts more experience at the UFC level, he’s struggled against foes with a powerful punch. Each of his three losses has come by knockout. Making things even more difficult, Aspinall has the ability to not only win with punches but he’s proven to be deadly by submission, too. This could offset Blaydes’ wrestling skills.

Aspinall owns the edge in striking, and he’s formidable on the mat, too. Back the Brit to take home a win in his homeland of England.