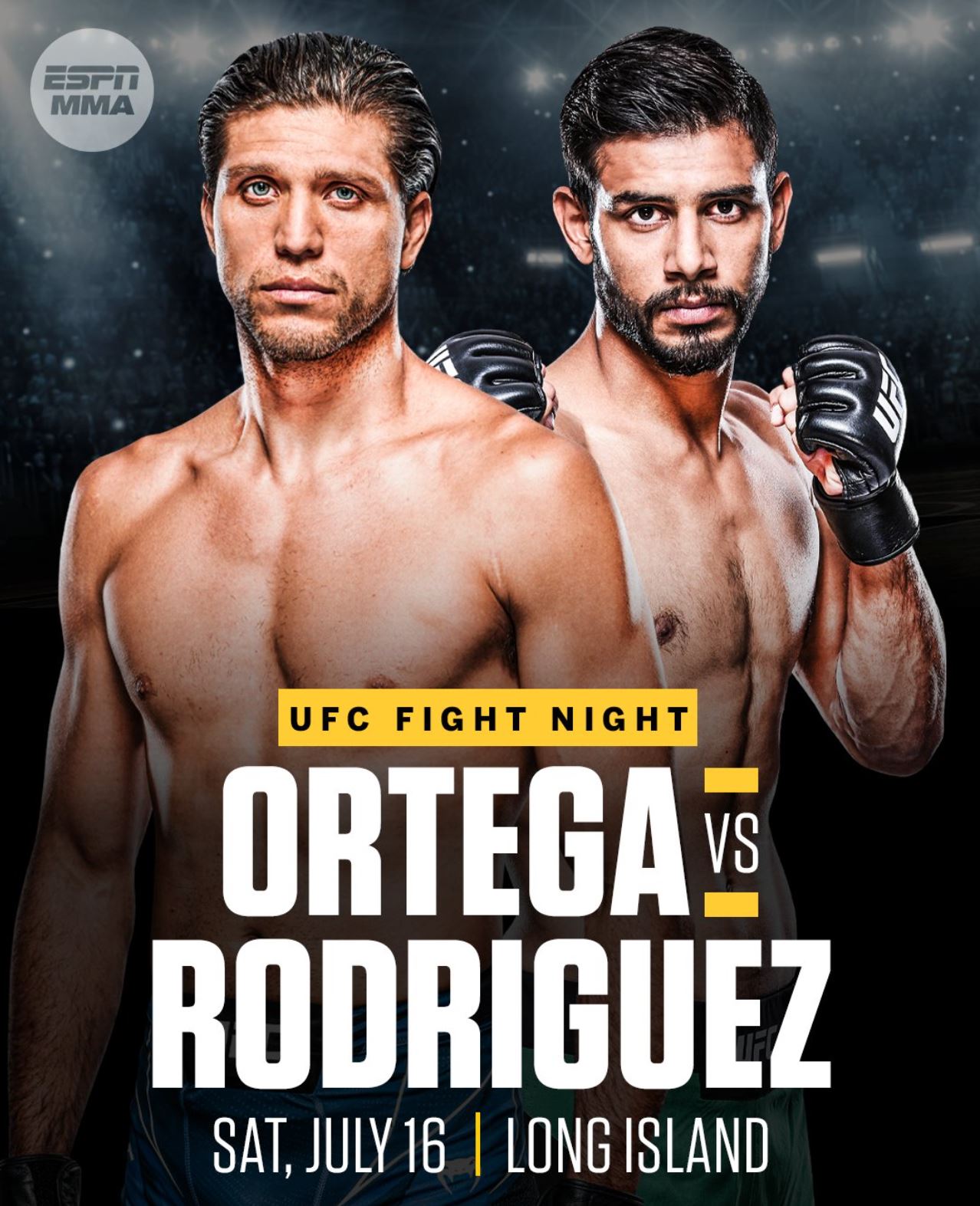 Brian “T-City” Ortega and Yair “El Pantera” Rodriguez are on the hunt for a featherweight title opportunity as they continue to climb up the division ranks. They’ll have to go through one another in order to land that shot, which should make this Saturday night matchup highly entertaining.

Ortega enters this fight as the No. 2 contender in the featherweight class, but he’s coming off of a loss in a championship bout against belt holder Alexander Volkanovski. That loss didn’t drop his stock too much but did give him his second setback as a professional fighter. He’s now 15-2-1 in his career, knocking out three of his 18 opponents. He’s 7-2 in the UFC.

He’ll look to rebound from that defeat, and while he did take the loss, there were certainly some positives to take from the fight. Ortega nearly landed a submission win, coming close to forcing a tap-out from the featherweight champ. Unfortunately for him, Volkanovski was able to escape but it goes to show the ability that Ortega possesses.

He’ll have to go through No. 3 contender Yair Rodriguez in order to get another shot at the title, which won’t be easy. Rodriguez enters the matchup with a career record of 13-2-1, including four KO victories. He’s gone 8-2 under the UFC flag, but he, too, is looking to rebound from a loss.

Rodriguez dropped a close battle with former featherweight champion Max Holloway last November. He’ll hope to get back in the win column and one step closer to a title opportunity on Saturday night. Rodriguez possesses strong, striking skills backed with a taekwondo arsenal.

Which of these featherweight hopefuls will land a victory this weekend? BetMaker takes a look at the upcoming fight to offer a preview and prediction.

Brian Ortega enters this matchup as the more highly ranked fighter and the favorite. “T-City” comes into the bout boasting -175 odds at SugarHouse sportsbook. Those odds suggest that Vegas believes this will be a tight matchup that could easily go either way. Yair Rodriguez enters with +138 odds, and he could easily pull the upset.

These two fighters possess two very different styles of play. Rodriguez will look to use his striking abilities to outmatch his opponent. “El Pantera” has landed knockouts in three of his last five wins, and he could look to do the same on Saturday.

Ortega, meanwhile, possesses stronger grappling skills and will look to get this fight to the mat. He’s landed wins by submission in three of his last six victories, the most of any method of victory. That will likely be his goal against the striking specialist, Rodriguez, too.

The odds of this fight going the distance come in at +100, while the likelihood of an early finish sits at -132. The sportsbooks believe this one will end before the final bell, meaning those methods of victory odds could prove to be important.

We’re backing the favorite, Brian Ortega. He should be able to use his superior grappling skills to get this fight to the ground and keep Rodriguez from utilizing his taekwondo abilities. We’ll also back that submission method of victory to add a bit more value to the wager.

Ortega’s only two career defeats have come in championship matches. He’s eager to get another shot at the belt.