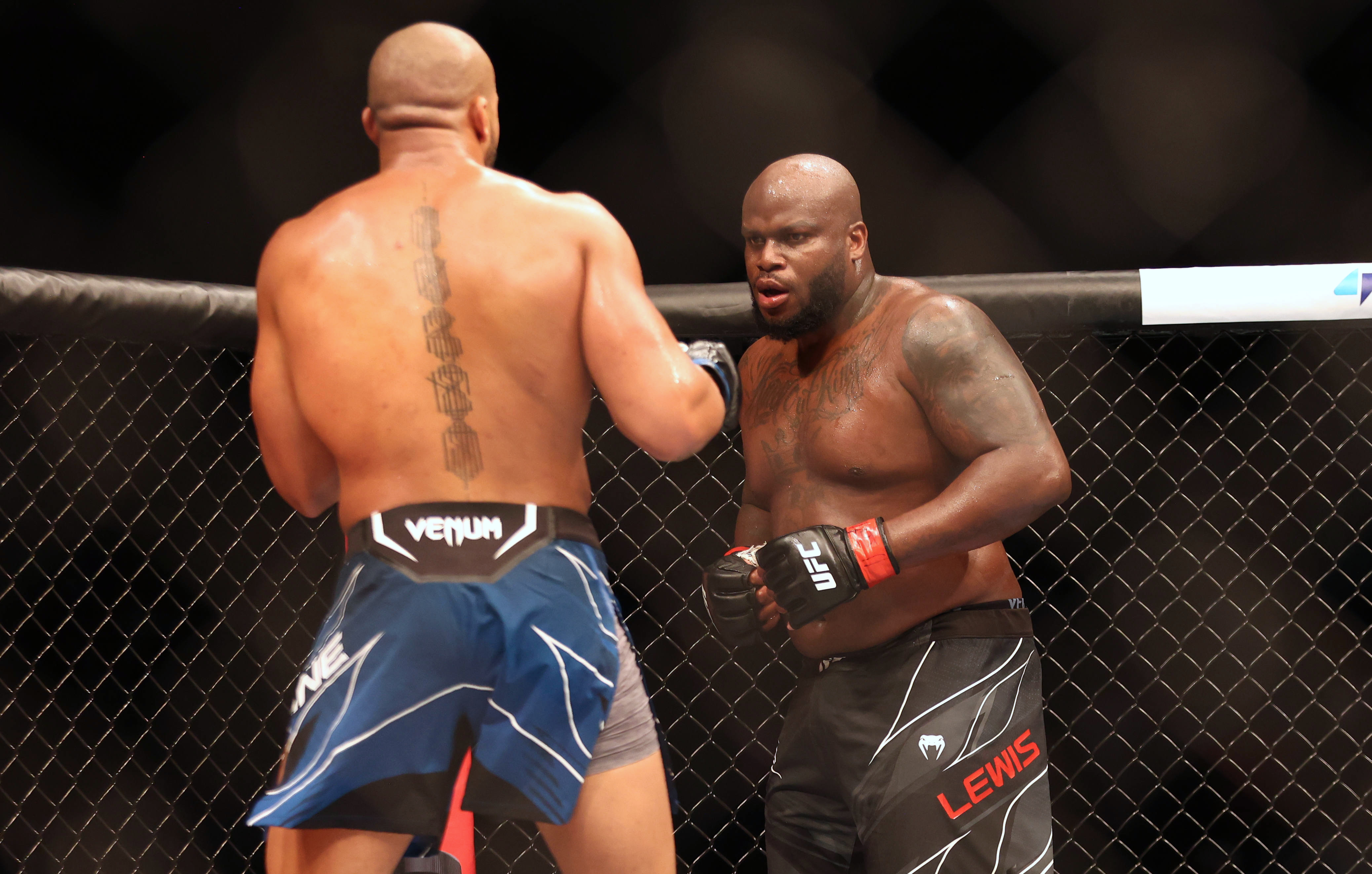 UFC Fight Night: Derrick Lewis vs. Chris Daukaus will kick off this Saturday night in Las Vegas. This weekend’s action-packed card sees 15 different matchups taking place culminating with the main event. Each of these combats can be can be wagered on at SugarHouse sportsbook. The event begins at 6:00 PM EST and will be held at the UFC Apex in Sin City. The main card gets underway at 10:00 PM EST. Check out BetMaker’s preview and prediction of the main event before placing your UFC bets.

This UFC matchup pits two heavyweights against one another in what should be a close fight. Daukaus is in the midst of a five-fight winning streak, having knocked out Shamil Abdurakhimov back in September. It was his fifth straight win by way of knockout, landing him the seventh overall ranking in the heavyweight division.

There is a sizeable difference in weight between these two fighters, with Daukaus weighing in around 230 pounds. Lewis, on the other hand, comes in just under 270 pounds with both strikers boasting a 6-foot-3-inch frame.

This size advantage may give Daukaus an advantage in quickness as he looks to evade Lewis’s powerful haymakers. Daukaus is nimble on his feet, has a quick punch, and boasts strong boxing skills.

Lewis, though, is looking to put the up-and-comer on the mat. The third-ranked fighter in the division, Lewis is a massive human being. Nicknamed “The Black Beast,” Lewis presents an intimidating stature and true knockout abilities.

While the potential for a knockout is always there with Lewis, it was “The Black Beast” that was laid on the mat his last time out. Lewis was TKO’d by Cyril Gane in August, which ended a four-fight winning streak for the fighter.

Now, he looks to get back on track against the 32-year-old Daukuas. His movement around the ring may be limited but he certainly holds the advantage in punching power and pure strength. Will power or quickness win in this heavyweight bout?

Who is Favored to win UFC Fight Night?

The opening lines saw Derrick Lewis listed at +100 but those odds have since grown to +115 at SugarHouse with bettors backing Chris Daukaus. Daukaus, the favorite to win, is now sitting at -139 after opening around -125 at most books.

Bettors are low on Lewis following his loss to Cyril Gane, but all it takes is one punch. Oddsmakers are expecting this one to end in a knockout as that’s the most likely method of victory according to the odds. Lewis holds +160 odds to win by TKO while Daukaus’s odds sit at +120.

This one also figures to end before the final bell. SugarHouse has set the over/under at just 1.5 rounds with just +300 odds for the match to go the distance.

Care for an interesting prop bet that could pay out in a big way between these two powerful strikers? The odds of the fight ending within the first 60 seconds sit at +700. All it takes is one punch to cash in.

Money is following Chris Daukaus but we’ll take our chances with the fighter that holds the higher UFC ranking. Lewis will be Daukaus’s toughest test yet as the 32-year-old is still relatively new to the sport.

Lewis holds a UFC record 12 knockouts in the heavyweight division. Of his 25 victories, 20 have come by way of TKO. While Daukaus boasts knockout potential, as well, we don’t think he’ll be able to take down this seasoned veteran.

Daukaus may be able to stretch this thing out with his quickness and elusiveness, but eventually this will turn into a boxing match. That’s where Lewis holds the advantage. Look for “The Black Beast” to tag Daukaus a few good times and end this thing with a knockout.