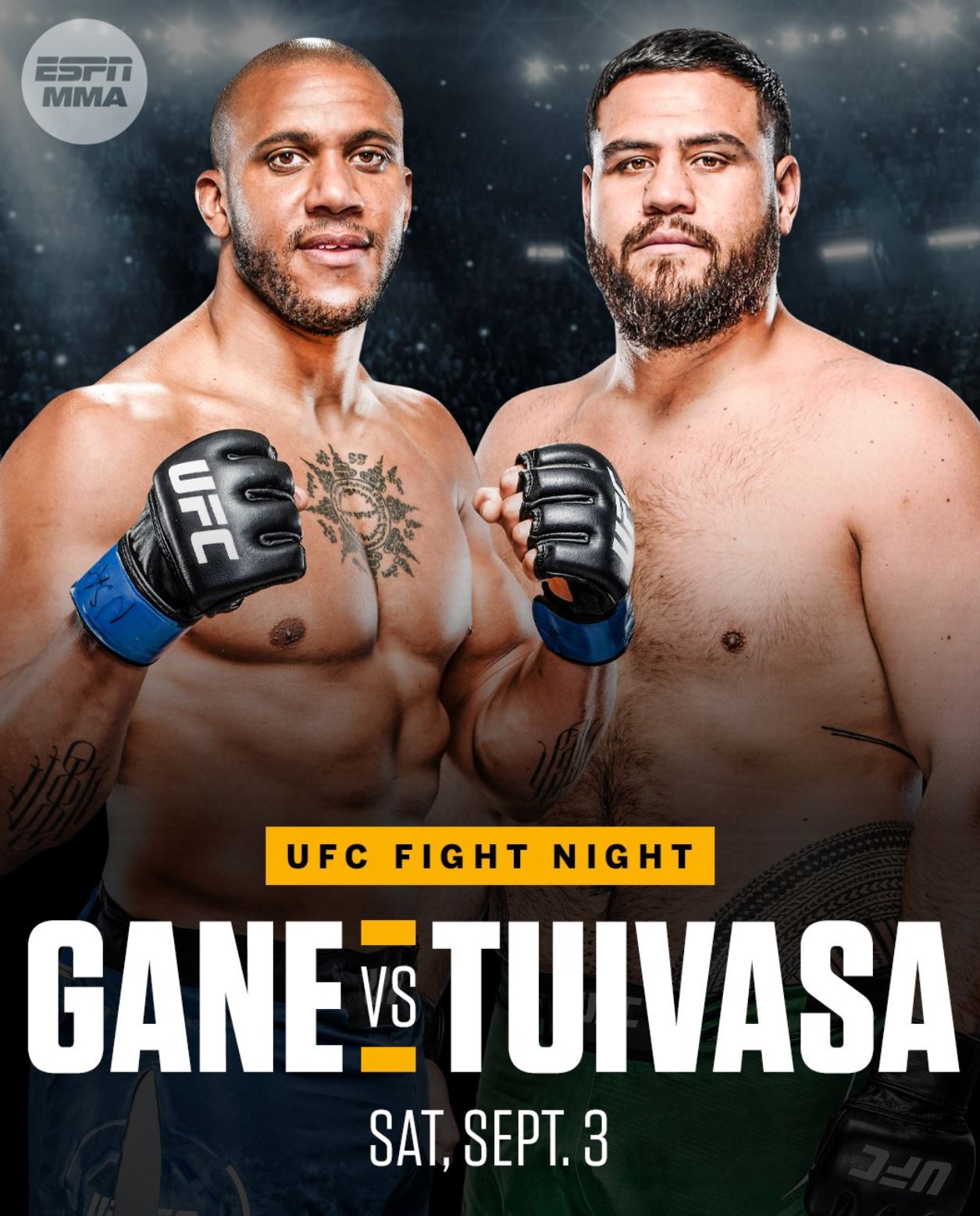 The UFC heads to Europe this weekend for a highly anticipated showdown between a pair of Heavyweight championship contenders. No. 1 contender Cyril Gane will fight in front of a home crowd in Paris, France, against No. 3 seeded Tai Tuivasa. Both have remarkable track records and are eager for a title shot with Israel Adesanya.

Tai Tuivasa has reeled off five straight wins, while Gane was defeated for the first time in a title fight to Francis Ngannou his last time out. Will Gane get back in the win column Saturday and earn another shot at the Heavyweight belt, or will Tuivasa continue his run to jump Gane in the rankings?

BetMaker previews the upcoming match and gives a prediction for the outcome.

Cyril “Bon Gamin” Gane is 10-1 in his professional career, including a 7-1 mark under the UFC flag. His lone defeat came in January after ripping off seven consecutive wins to begin his UFC career. Prior to that loss, Gane had become one of the most feared fighters in his division, and he hopes to get back on top with a decisive win on Saturday.

The Frenchman has knocked out two of his UFC opponents while racking up a pair of submission wins and three victories by decision. He’ll look to use his kickboxing prowess to overpower his opponent and has shown an ability to win on the mat, too.

Tai “Bam Bam” Tuivasa relies on his immense power to take down opponents in the Octagon. The knockout specialist has KO’d each of his last five foes, notching seven knockout wins in his eight UFC victories. He also has the ability to take punches, which could come in clutch against a striker of Gane’s level.

Gane will enter this matchup as the overwhelming favorite, boasting -540 odds at BetRivers sportsbook. His opponent, Tuivasa, will be a longshot at +410, and for good reason. This seems like a bad matchup for the Australian, who likely won’t be able to dominate on power alone. Gane boasts excellent defensive footwork and should be able to evade Tuivasa’s blows.

For that reason, this matchup could go longer than expected. Gane has a tendency to see the final bell, with four of his eight UFC fights ending via decision. Tuivasa likes to end fights early, referenced by that 64% knockout rate, but we don’t believe he’ll be able to square up Gane as he has others in the past. While this one might not see the final bell, there’s reason to believe it will take a bit of time to get a result.

When looking at length of fight, sportsbooks have circled a third-round decision. The odds of the bout going more than 2.5 rounds come in at -125. The odds of more than 3.5 rounds sit at +117. Oddsmakers don’t believe we’ll see a decision win, with chances of the fight going the distance coming in at +210.

Gane is favored for a reason, and he’ll show why on Saturday night in front of a large crowd in Paris. Look for Gane to out-strike Tuivasa and land a knockout blow. He’ll be able to avoid the powerful punches from his opponent, tiring Tuivasa out to strike in the later rounds.

Gane is a massive favorite at -540, so to add a bit more bang for our buck, we’ll take ‘Bon Gamin’ to get a KO victory and keep his Heavyweight title hopes alive.