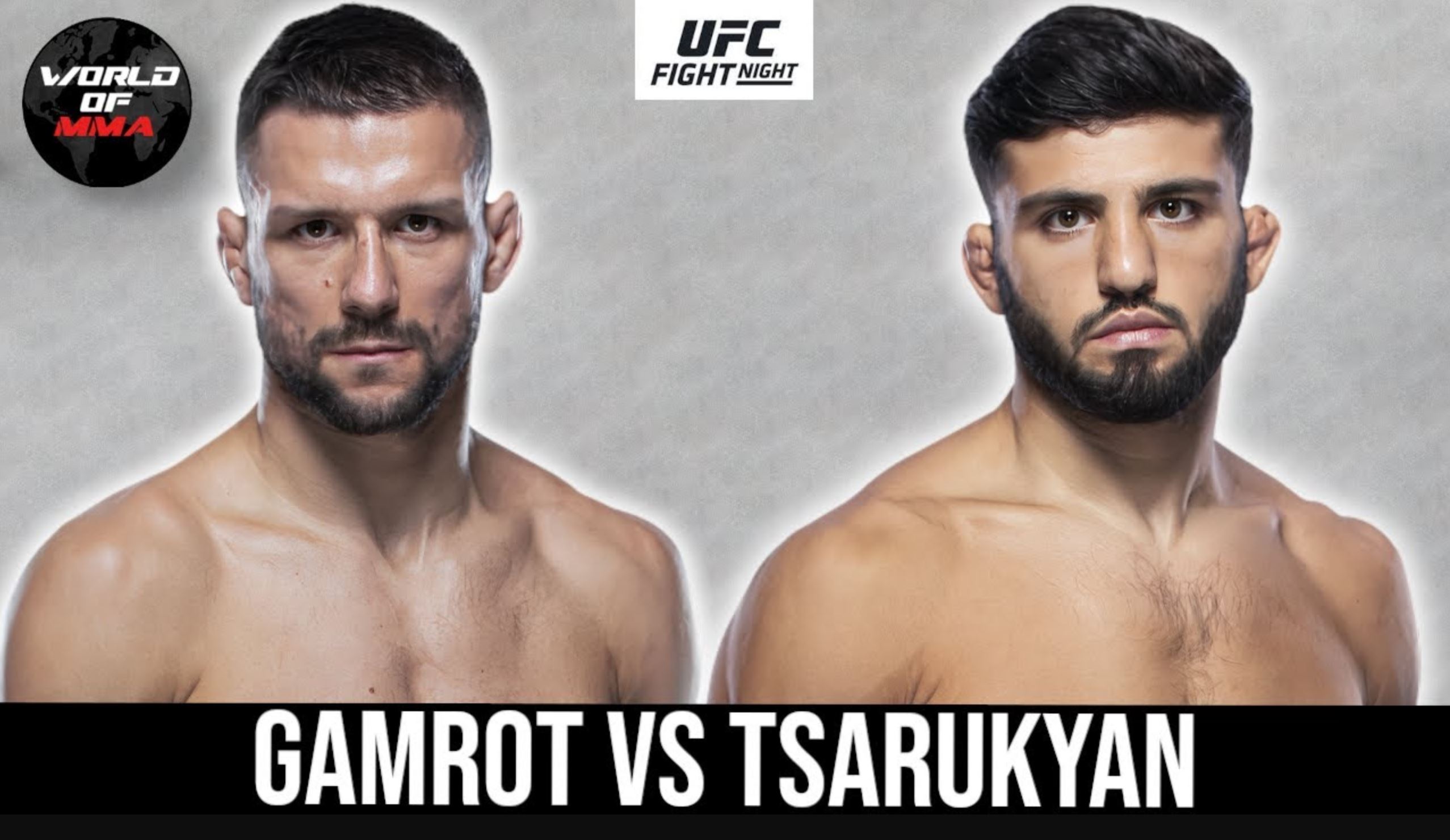 We have a huge UFC matchup this Saturday night with lightweight fighters Arman Tsarukyan and Mateusz Gamrot facing off in the octagon. The contest will see two relatively new foes looking to move up the division rankings.

Tsarukyan enters as the No. 11 contender, boasting a 5-1 overall record in the UFC. As a pro, his mark is an impressive 20-1 with seven of his victories coming by way of the knockout. Most recently, Tsarukyan took down Joel Alvarez this past February, knocking his opponent to the mat to end the match early. It represented Tsarukyan’s fifth straight UFC win dating back to the summer of 2019.

At 25 years old, the youngster’s lone loss came in his UFC debut to Islam Makhachev, who’s now in line for an upcoming title fight. Tsarukyan has put that defeat in the rearview mirror, reeling off those five straight wins.

What makes him such a difficult matchup is his well-rounded fighting abilities. He’s got knockout power and a strong arsenal of Muay Thai techniques (referenced by his last two KO victories), as well as high-level wresting skills should the fight need to go to the mat.

Tsarukyan will provide a tough task for Gamrot, who enters as the No. 12 contender in the lightweight division. Gamrot, while older, is also new to the UFC scene. In four league fights, he’s posted a 3-1 overall record. That includes having knocked out two of his four opponents.

As a professional, the 31-year-old is 18-2 with seven knockouts. His most recent fight came in December of 2021, where he KO’d Diego Ferreira to land his third straight win. Similar to Tsarukyan, Gamrot was defeated in his first UFC performance but has won in every match since. That lone loss was in a close split decision to Guram Kutateladze back in 2020.

Like Tsarukyan, Gamrot has the ability to change levels. He boasts strong boxing skills from his southpaw stance while also possessing grappling and wrestling moves to get the fight to the mat. Those abilities should present viewers with an exciting, evenly matched contest for the card’s main event.

Which fighter will come out on top? Betmaker takes a look at the odds while giving a preview and prediction of the upcoming duel.

Tsarukyan enters this matchup as the favorite, boasting -286 odds at Sugar House Sportsbook. That bodes well for the lightweight fighter, who’s posted a perfect 5-0 mark as a favorite in the UFC. His five straight wins have given him the benefit of the doubt in this contest, but it would be silly to count out his opponent.

Gamrot comes in with +225 odds to win, meaning a $100 bet would land a $225 profit should he leave with a win. He’s certainly got the skills to do so, too. Gamrot has beaten his last three foes, having won both by knockout and by submission. As mentioned earlier, his lone loss was by the smallest of margins as he dropped a split decision.

As far as length of fight goes, it’s a close call. The odds of the fight going the distance sit at +100 while the chances it ends short of the final bell come in at -132.

Tsarukyan’s best odds for method of finish are by decision (+160), while his chances of a knockout come in at +255 and a submission sits at +400.

This should be an evenly matched fight that could stretch out into the later rounds. We’ll stick with Tsarukyan to come out victorious with his -286 odds.

We also like the odds of the fight going the distance, which come in at +100. While each has racked up knockouts in their last few fights, both have posted a sub-40% KO rate over their entire professional career.

Look for a little defense to be played, resulting in a lengthy fight.