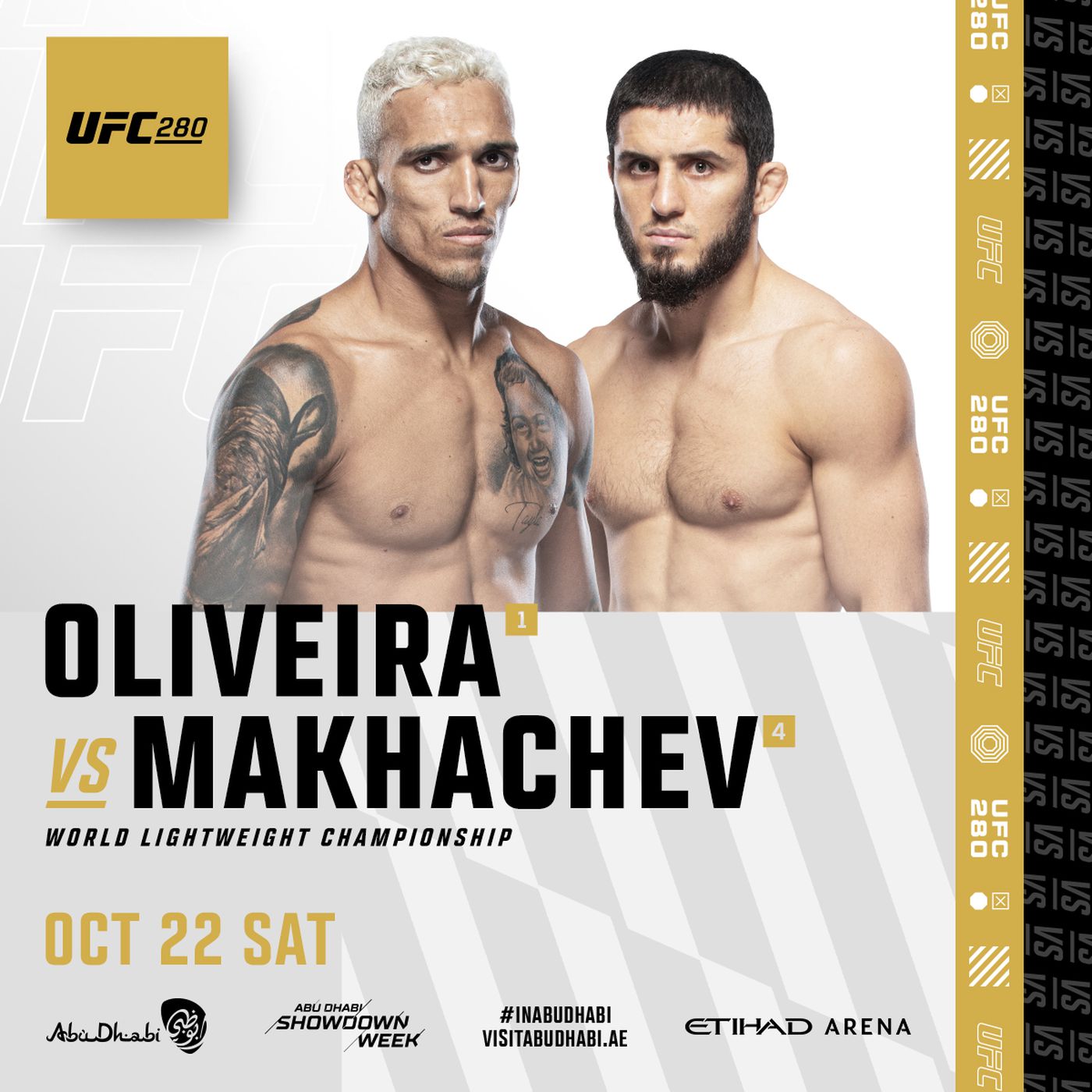 UFC 280 takes place on Saturday in Abu Dhabi, United Arab Emirates with the feature bout a fight between Islam Makhachev and Charles Oliveira. Makhachev is 22-1 in his career, while Oliveira is 33-8 in his career. There are a total of 14 fights on the card with five on Pay-Per-View and nine on ESPN News and ESPN+. Makhachev is listed as a 2-1 favorite at PointsBet. One of the other marquee matchups on Saturday has Aljamain Sterling taking on T.J. Dillashaw. Sterling is 21-3 in his career, while Dillashaw is 17-4. Sterling is listed as the UFC betting favorite in this fight. Let’s look at both of these fights and UFC 280 picks.

Oliveira is 21-8 in the UFC and he is unbeaten in his last six fights. He defeated Jared Gordon by KO, Kevin Lee by submission, Tony Ferguson by unanimous decision, Michael Chandler by TKO, Dustin Poirier by submission, and Justin Gaethje by submission. Oliveira has nine wins by TKO/KO and 21 by submission. He has a total of 15 first round finishes.

This fight may actually be a better matchup than the main event. Both of these fighters are extremely tough and this fight should be very competitive. The rounds option on this fight is 4.5 and the over is about a 2-1 favorite. It would be a surprise to see either of these two getting a finish so taking the rounds to go over the total should be the best bet.