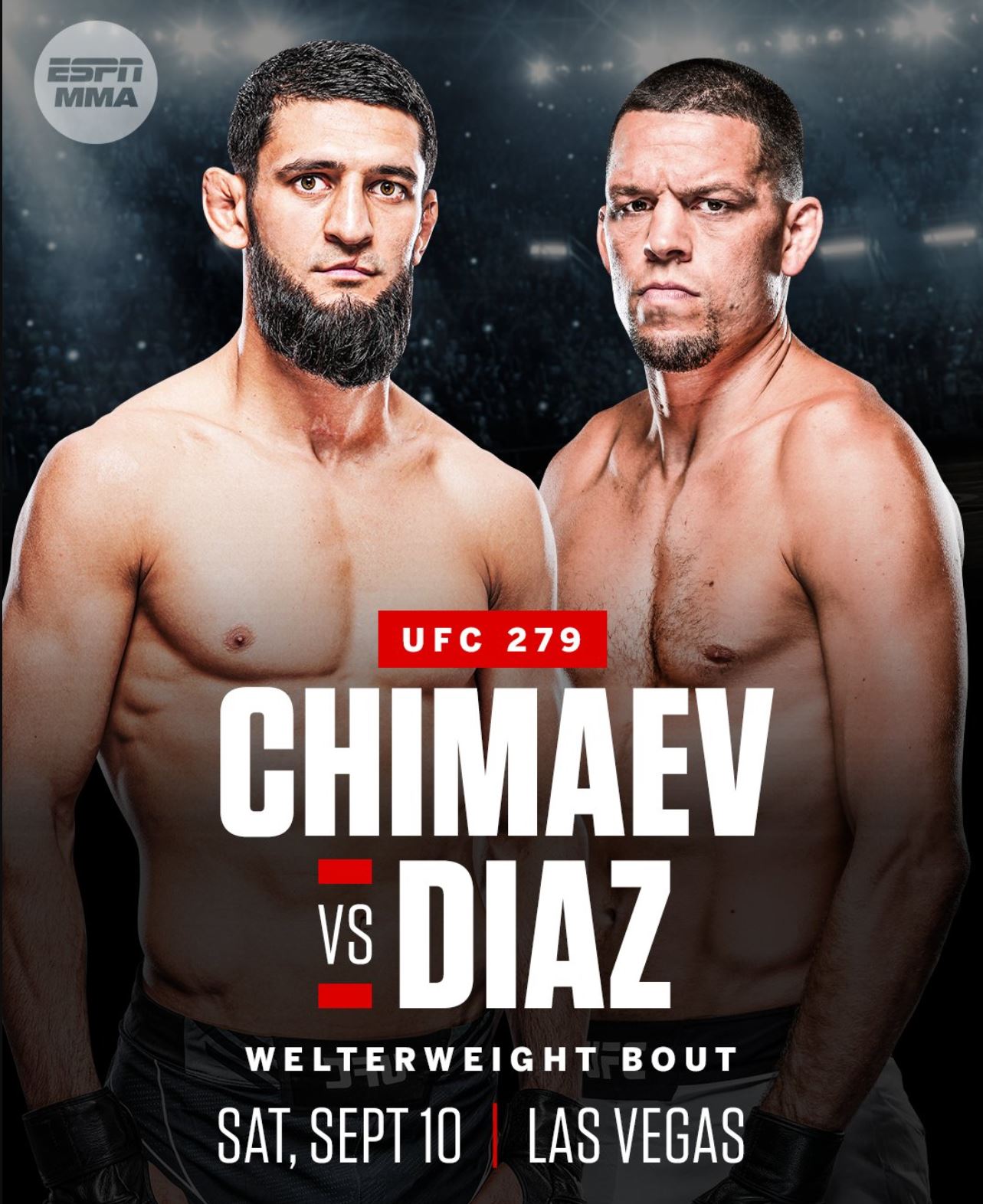 UFC viewers have a big-time Welterweight matchup on Saturday night as Nate Diaz faces off against Khamzat Chimaev in this weekend’s Las Vegas event. The headliner will boast a top 5 fighter looking to climb up the division rankings, with a win getting him one step closer to a title fight.

It seems that one side is doing most of the talking as we enter this Welterweight bout while the other enters as a heavy favorite. Diaz has been adamant on telling fans that he “didn’t call for and still doesn’t want” the matchup against Chimaev. That said, it will be his last fight in the Octagon after a lengthy career.

BetMaker will preview this exciting matchup and give its prediction on the outcome of Saturday’s fight.

Khamzat Chimaev will enter this bout as the favorite and more highly ranked fighter. “Borz” sits at No. 3 in the Welterweight rankings, posting a perfect 5-0 mark under the UFC flag. As a professional fighter, he’s undefeated, running up a winning streak of 11 matches.

Chimaev has won in a variety of ways, landing a pair of knockouts as well as two wins by submission. He also has a decision victory under his belt, showing he can match any style of competition. The Swede most recently won against Gilbert Burns in April of this year, outlasting his opponent in a unanimous decision. Each of his five UFC wins has come over the last two years.

Nate Diaz, meanwhile, enters this matchup at 9-9 in UFC action and having lost three of his last four fights. As a professional fighter, Diaz is 21-13, entering with significantly more experience than his counterpart.

While that experience may help with strategy, Chimaev’s youth could prove too much for the American to handle.

Diaz is well-known around UFC circles. His attitude and trash-talking tactics have inflated his persona, though he hasn’t been in a title fight since 2012. His most recent bout came in June of last year, where he lost by decision to Leon Edwards. It’s been nearly 15 months since his last fight. Diaz has also lost to Conor McGregor and Jorge Masvidal over his last four matchups.

Diaz has landed a pair of knockout wins, four submissions, and three decisions over his lengthy career. Seven of his nine defeats have gone to the final bell as he’s shown the stamina and skill to avoid being knocked out of fights early.

Chimaev enters as a heavy favorite, coming in with massive -1250 odds at BetRivers sportsbook. That means it will take a lot of juice to see a return as a $1,250 wager will yield just a $100 win. Diaz, on the other hand, comes in as the longshot underdog with +700 odds. If you think he can pull the upset, there is a ton of value as a $100 wager would win $700.

As far as length of fight goes, the sportsbooks believe this matchup has a high chance of ending before the final bell. The odds of the match ending early come in at -670 while the chances that it goes the distance sit at +430.

With that being said, the most likely method of victory is a Chimaev knockout. The odds of “Borz” landing a KO sit at -155, compared to +260 of submission and +600 of decision. As for Diaz, his most likely method of victory is to outlast his opponent in the ring. A decision win comes in at +1600, compared to knockout chances of +3000 and submission odds of +1900.

While Diaz is doing most of the talking, it’s evident who the better fighter is. Chimaev can win in a variety of ways, and the likelihood of an upset is slim. We’ll back “Borz,” but with the asking price being so high on the money line, we’ll turn to a method of victory.

While Diaz has lost three of his last four fights, he’s never gone down by submission. We’ll bank on that trend continuing and take Chimaev to land a knockout victory on Saturday night.