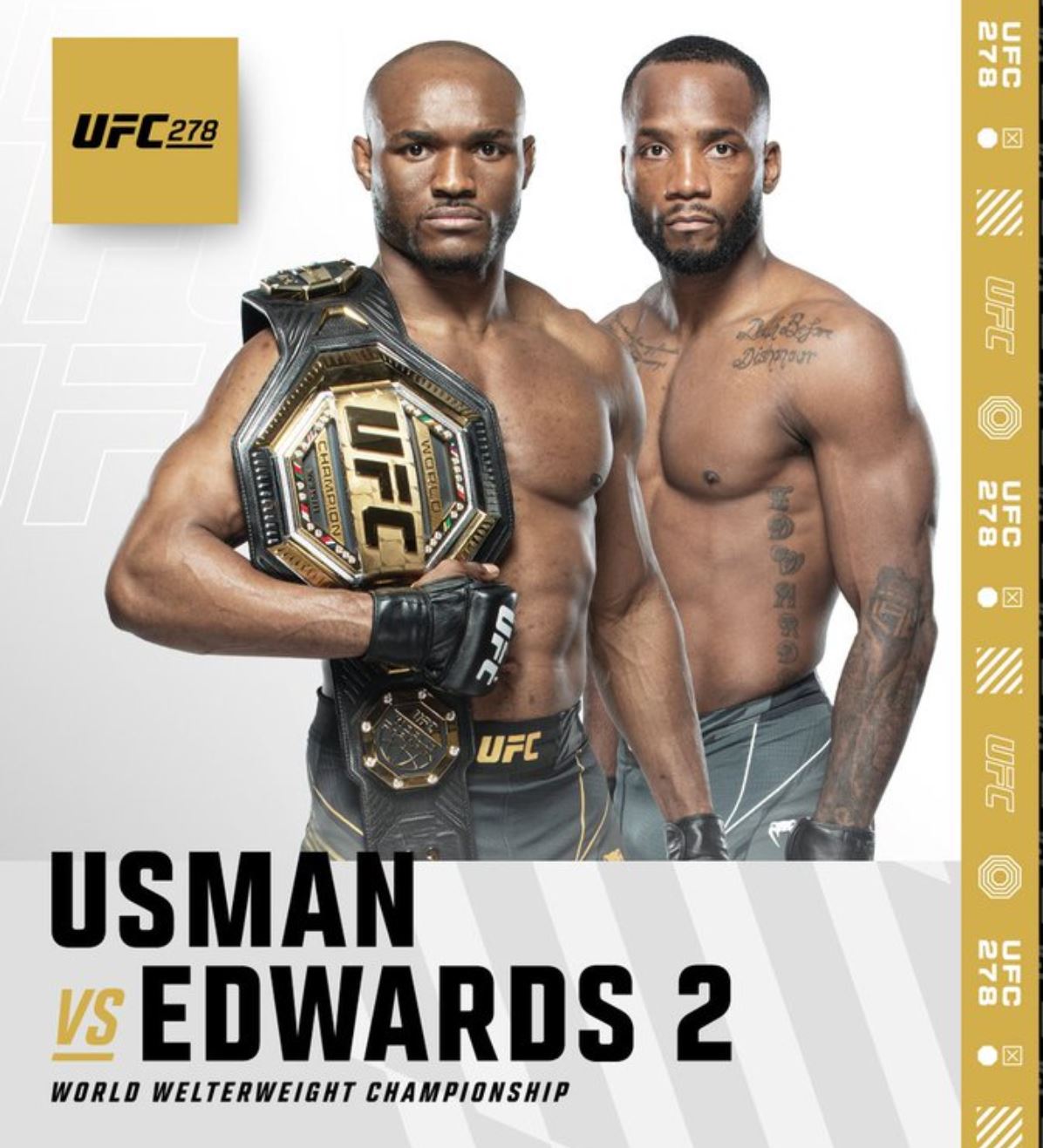 We’ve got a rematch on Saturday night between two Welterweight stars as Kamaru Usman, and Leon Edwards face off in the Octagon at UFC 278.

This will be a title fight with champion Usman looking to defend his belt against No. 2 contender Edwards.

Usman landed a win in the first round, taking Edwards down by unanimous decision. He’ll enter again as a favorite, though his opponent will be in for revenge. Since that first battle back in December of 2015, neither fighter has seen defeat.

Someone will have to lose this weekend, though, and BetMaker will do its best to make a prediction for the upcoming bout.

Usman will enter this fight with a sparkling 20-1 overall record, including a perfect 15-0 mark under the UFC flag. He’s recorded four knockouts and a submission win in that time while taking his remaining 10 UFC foes down by decision.

Nicknamed the “Nigerian Nightmare,” Usman began his career as a wrestler but has since built an impressive repertoire of striking abilities. As referenced by his 10 wins by decision, he has the stamina to go deep into fights, both outlasting and out-striking his foes. This will be the sixth title defense as he looks to become one of the greatest fighters in the history of the division.

Edwards enters this matchup with hopes of becoming the Welterweight champ. Since dropping that first contest to Usman in 2015, he’s racked up nine consecutive victories to move his professional record to 19-3. He’s 11-2 at the UFC level and is looking to end Usman’s division reign.

Called “Rocky,” he excels with his strong kickboxing skills. Through 13 UFC matchups, Edwards has knocked out a pair of foes while also posting a win by submission and eight wins by decision. Both of Rocky’s losses have gone to the final bell.

Can Edwards achieve his championship aspirations, or will Usman successfully defend his title for a seventh straight fight?

Usman enters as the overwhelming favorite, boasting -400 odds at BetRivers sportsbook. Those odds most certainly take into account his previous win over Edwards, who, despite entering this fight as the No. 2 contender, is considered a longshot at +300 odds.

As far as length of fight and method of victory go, we could see this matchup go until the final bell sounds. Both fighters have won by decision more often than not, with the previous meeting also going the length of the fight.

For that reason, the odds of the bout going the distance sit at -162. Usman’s chances of winning by decision sit at -120 compared to +280 of a KO and +2200 of a submission. Edwards boasts +700 odds of a decision win, though oddsmakers believe his best shot at an upset to be by knockout (+550).

Everything in this matchup points to the fight going through the final bell. It happened in the only previous matchup, and history seems likely to repeat itself. Two-thirds of Usman’s wins have come via decision, a trend we believe will continue on Saturday.

With the value of a Usman pick being relatively low at -400, we’ll look to method of victory and take Usman to win by decision at -120. Another line to look at would be the fight going the distance at -162. That would cash no matter who wins as long as the matchup doesn’t end by KO or submission.