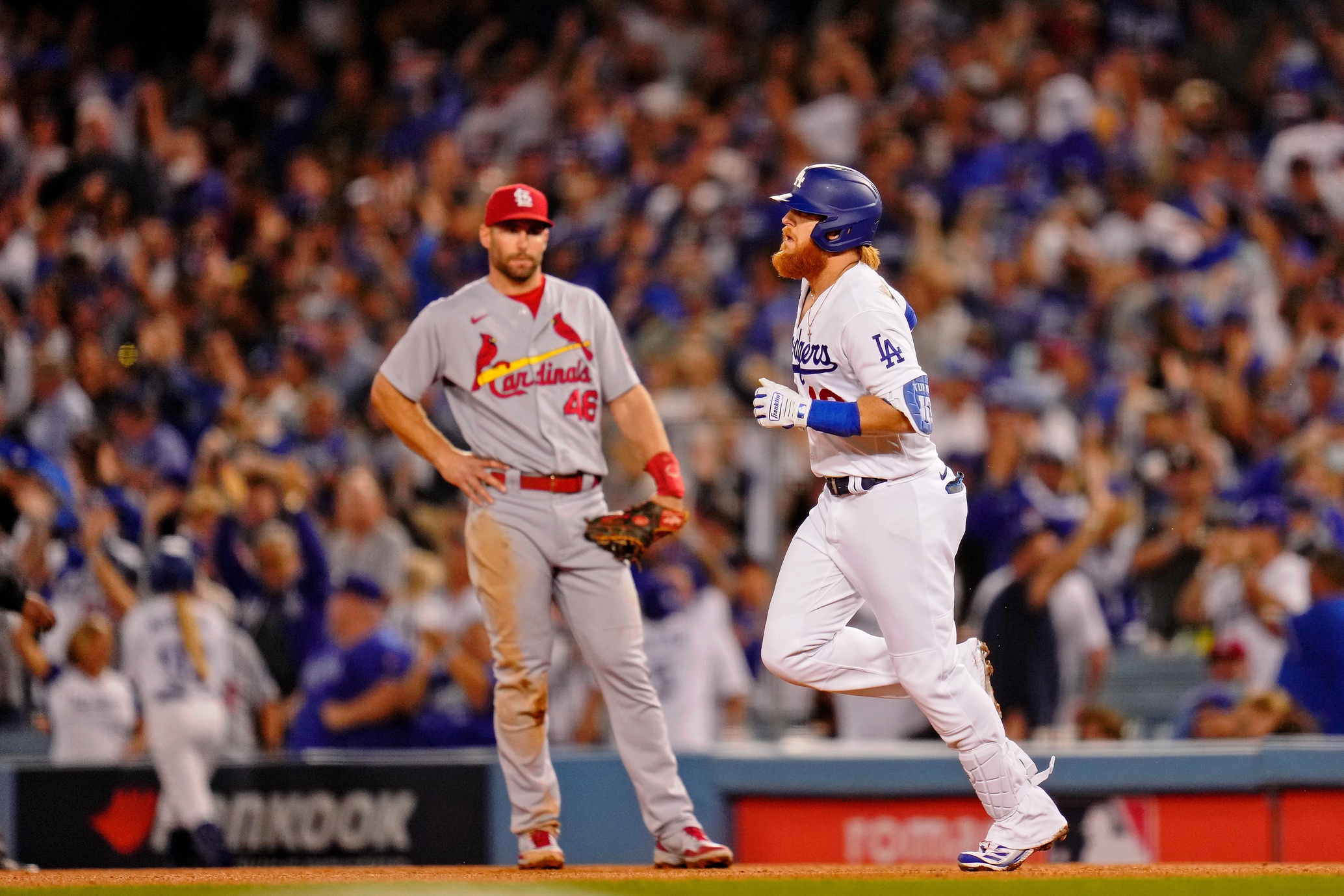 Two playoff contenders from the National League will match up on Tuesday as they look to close out the final week before the All-Star break with some positive momentum. The Los Angeles Dodgers will travel to St. Louis to face the Cardinals in a series that could be a precursor to a postseason battle.

Los Angeles enters the meeting with the best record in the National League. At 56-29 on the season, the Dodgers are currently eight games up in the NL West. They’ve outscored their opponents by an NL-leading 151 runs and look poised to make another run at a World Series title.

The Cardinals enter 2.5 games back of the Brewers in the NL Central, currently sitting at 46-42. St. Louis is a game back of the Phillies for the final wildcard spot and will look to close the gap before getting to the midway point of the season.

These two teams have won in similar fashions with both being dominant on the mound and at the dish. Each boasts a top 10 MLB mark in batting average and ERA, though the Dodgers have been a bit more impressive.

Los Angeles enters this matchup hitting .253 as a team, good for seventh-best in the majors. The Dodgers also lead the National League in runs scored, walks, RBIs, and OPS. Mookie Betts leads the way with 20 home runs while Trea Turner has knocked in a team-leading 61 RBIs. Add in Freddie Freeman, Gavin Lux, Cody Bellinger, and the Dodgers have one of the most potent lineups in baseball.

Their pitching staff has been just as dominant. Los Angeles leads the MLB in team ERA and is the only team in the National League with a mark under 3.00. LA also leads the NL in opponent batting average while having top 10 marks in strikeouts, walks, home runs allowed, and saves.

They’ll have their hands full with the Cardinals, though, who have also been dangerous at the plate. St. Louis holds the MLB’s ninth-best team batting average at .248, and they’ve scored the 11th most runs in baseball. While they don’t boast the power numbers that the Dodgers do, St. Louis has been able to get guys on and move them around the bases. The Cardinals rank second in the National League in both hits and stolen bases, which has helped them outscore opponents by 52 runs.

On the mound, St. Louis has been equally as impressive. The Cardinals rank 10th in the majors in ERA at 3.77. While the overall team mark is nothing to scoff at, there are areas of concern. St. Louis ranks in the bottom half of baseball in opposing batting average and strikeouts, meaning foes are putting the ball in play at a high rate. The Cardinals have been able to keep the ball in the park (top 10 in HR allowed), but they do pitch to contact. That’s not always a recipe for success against Los Angeles.

Who will leave victorious in this National League showdown? BetMaker previews the matchup and gives a prediction.

The Cardinals will start Matthew Liberatore, who enters this matchup at 2-1 on the year. He boasts a 4.74 ERA over six starts and is fresh off a scoreless performance against the Braves last week. Liberatore has been the definition of up and down this year. In six starts, he’s thrown three scoreless outings. In the other three appearances, he’s allowed 13 runs over 10.2 innings.

Liberatore is also not going to be counted on to go deep into games. He’s yet to throw more than five innings in a game, and in three starts gone four innings or less. The Cardinals’ chances could rely on which version of Liberatore they get.

White enters at 1-1 with an ERA of 3.38. He, too, is coming off an impressive performance, throwing 5.2 scoreless frames against the Rockies. Over his last 19.1 innings, he’s allowed just four runs. He’s been most productive on the road where he’s posted a 3.15 ERA in four starts.

He’ll look to continue his winning ways on Tuesday night.

While the odds have not yet come out at SugarHouse sportsbook, the Dodgers should be favored despite being on the road. Liberatore is too tough to trust on the mound with his up and down tendencies, meaning we’ll roll with Los Angeles.

Look for some fireworks in what could be a high-scoring affair. Lean towards the over while backing LA.

The Pick: Los Angeles Dodgers; OVER the run total