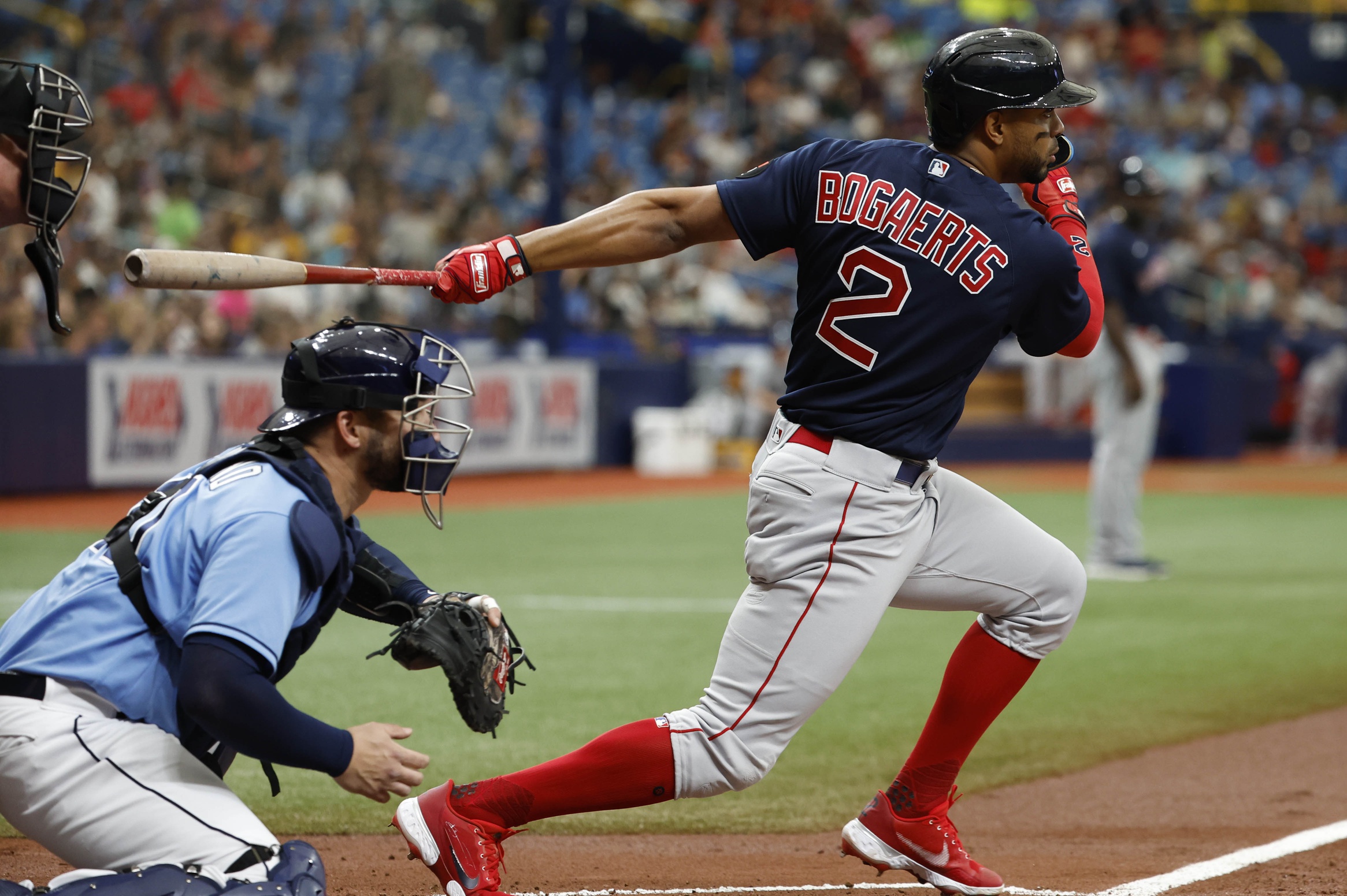 The Boston Red Sox host the Tampa Bay Rays in a matchup of AL East rivals. Both teams enter the series trailing the first place New York Yankees with Boston holding the slightest of leads in the second-place race, outmatching the Rays by just a single game.

The Red Sox enter the Fourth of July holiday at 44-35 while Tampa Bay sits at 43-36. Both are currently atop the Wild Card standings as we inch closer to the halfway point of the season.

Boston is winning at the plate, leading the American League in hitting at .260. While they don’t boast the power numbers of some of their divisional foes, the Red Sox have been able to post top 10 MLB marks in runs scored, RBIs, on-base percentage, and total bases. Boston’s lineup leads the majors in doubles and hits.

The pitching has been equally as productive, ranking sixth in the MLB in team ERA at 3.62. Red Sox pitching has struck out 677 batters over 706.1 innings while allowing an opposing batting average of just .233. Their starting pitchers lead the majors with three complete games.

Leading the way is Nick Pivetta, who will be pitching on Tuesday night. The righty boasts an 8-5 record with an ERA of 3.23. Both are tops on the team, as are his 91 strikeouts on the season.

Pivetta will face off against a Rays order that’s hitting .238 as a team. That’s good for 19th in the MLB, while Tampa Bay ranks in the bottom third of the majors in runs scored, total bases, on-base percentage, and slugging. The Rays have also struck out the 10th most times in baseball.

Where Tampa Bay has shined, though, is on the mound. The Rays rank fourth in the majors in ERA, posting a 3.31 mark as a team. They’ve also recorded top 10 pitching marks in saves, opponent batting average, walks allowed, and strikeouts.

It should be a fun matchup for bragging rights in the AL East. Who will get a leg up in the Wild Card race?

BetMaker previews the upcoming contest and gives a prediction for the outcome.

Pivetta has been Boston’s top arm this year, posting an 8-5 overall record with a 3.23 ERA. He leads the team in both categories while also pacing the club with 91 Ks. The righty has shined in his last four starts, allowing a combined six earned runs over 28 innings of work.

And Pivetta has been best when pitching in the friendly confines of his home ballpark. In seven starts in Fenway Park, he’s 4-2 with an ERA of 2.79. That includes a complete game and 40 strikeouts in 42 frames. He’s allowed just four homers in Fenway while opponents are hitting just .204 against him in Boston.

Springs has been solid this season, too, going 3-2 with an ERA of 2.25. The righty has struck out 65 hitters in 60 innings of work. Springs has struggled a bit in his last two outings, though, allowing three home runs last time out versus the Pirates, and four runs against the Orioles the game prior. Against those two offenses, which rank near the bottom of the league, he surrendered seven earned runs over just 10.1 frames.

Springs has also been worse on the road, though he’s still posted a respectable 2-1 record with a 2.76 ERA. In his only appearance versus Boston, Springs came out of the bullpen to throw two scoreless innings while walking two batters and striking out two more.

The odds aren’t yet out at Sugar House Sportsbook, but expect Boston to be favored. The Red Sox have an obvious advantage at the plate, and they should have a stronger option on the mound Tuesday.

Though Springs has posted better stats to date, he’s gone in the wrong direction of late. After recording an ERA below 2.00 over the first two months of the year, he saw that shoot up over 3.00 in the month of June. He’s posted a 4.50 mark over his last two starts.

Pivetta, meanwhile, had a rocky start but has posted an ERA below 2.30 in each of the last two months. He’ll look to get July started on the same foot.

Take the Red Sox to win at home.

The Pick: Boston Red Sox to cover the run line