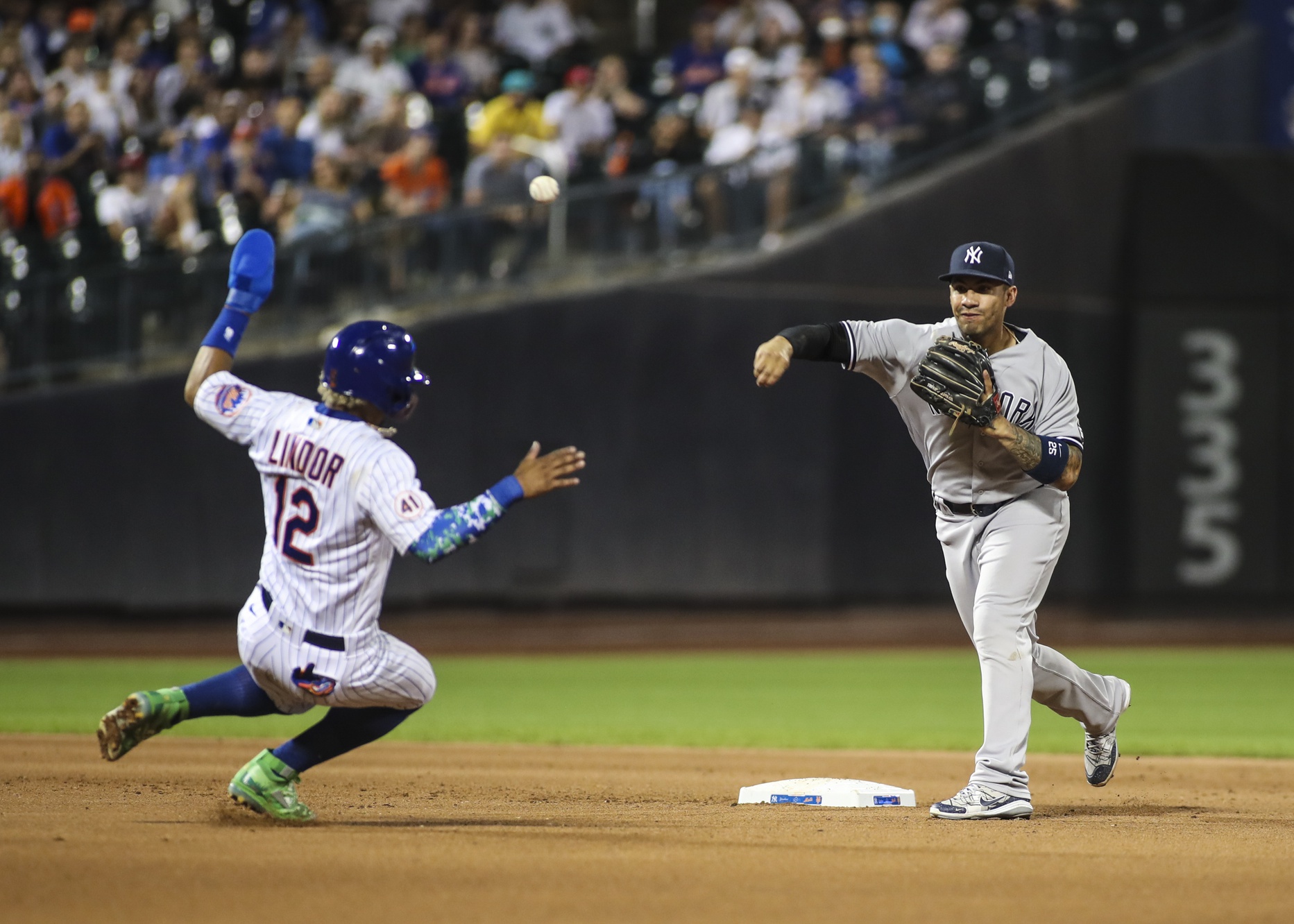 Baseball fans have a Subway Series on deck this week as the Yankees travel crosstown to visit the rival Mets in New York. Both teams have been on top of their respected divisions throughout the season, and each seems primed to make a playoff run come October. This could be a World Series preview if the ball bounces the right way.

The Yankees have been baseball’s best team, posting a 66-31 overall record. They sit 12.5 games up on the Blue Jays in the AL East and are battling with the Astros for the top seed in the American League. New York has been dominant on both sides of the ball, outscoring opponents by 200 runs.

At the dish, the Bronx Bombers are earning the title. The Yanks lead the majors in home runs, RBIs, and runs scored. That production has also helped the lineup pace the MLB in walks, leading to an AL-best .332 on-base percentage. Slugger Aaron Judge leads the way with an MLB leading 37 homers, while Giancarlo Stanton and Anthony Rizzo have each tallied 20+ dingers to date.

On the mound, the Yankees own a 3.15 ERA which is second best in the American League. The staff leads the AL in saves, shutouts, and strikeouts. The rotation boasts an array of respectable arms while the bullpen has performed admirably (2.97 ERA) over the first 97 games.

Across the city in Queens, though, the Mets have put together quite a season of their own. They boast a 59-37 overall record as they try to hold off the defending champion Braves in the division race. The Mets sit 1.5 games up on Atlanta at the time of this writing.

At the plate, the Mets rank third in the National League in batting with a team average of .252. They don’t, however, boast the power numbers of the Yankees, with just 93 home runs (compared to 165). Despite the low power totals, the Mets have been able to score runs. They rank fifth in the NL in RBIs and fourth in hits.

On the mound, they’ve been equally as impressive. They rank second in the National League in ERA at 3.60 while tying the Yankees for the most shutouts in baseball. The Mets also rank second in the MLB in strikeouts, sixth in opposing batting average, and seventh in saves. The starting rotation is strong, with Max Scherzer leading the way, and the bullpen has been stout with a 3.53 ERA.

Which New York club will walk away with a win on Tuesday? BetMaker previews the upcoming matchup and gives a prediction in the rivalry.

Montgomery is off to the best start of his career, posting a 3-2 record with a sparkling 3.24 ERA. That win-loss total could be much higher if not for an MLB leading five starts where the Yankees have lost in walk off fashion. Still, he’s been a perfect anchor to the back half of the rotation over his 19 starts.

Both of Montgomery’s losses have come on the road, where he’s posted a 1-2 overall record despite having a 3.15 ERA in those games. The lefty has pitched well over his last four starts, surrendering eight runs over 23 innings, but New York has lost each by two runs or less.

Walker has performed great to this point, boasting a 7-2 record with a minuscule 2.55 ERA. He’s allowed three runs or less in his last five starts while pitching at least six innings in each outing. Walker has been even more dominant at home, posting a 2-0 record with a ridiculous 1.50 ERA.

The odds are not yet out for this matchup at SugarHouse sportsbook, and it’s hard to zero in on a favorite. We’ll give the nod to the Mets due to the pitching matchup. Walker has been near perfect at home while Montgomery continues to catch bad luck.

Back the Mets in a low-scoring affair.

The Pick: NYM; Under the run total