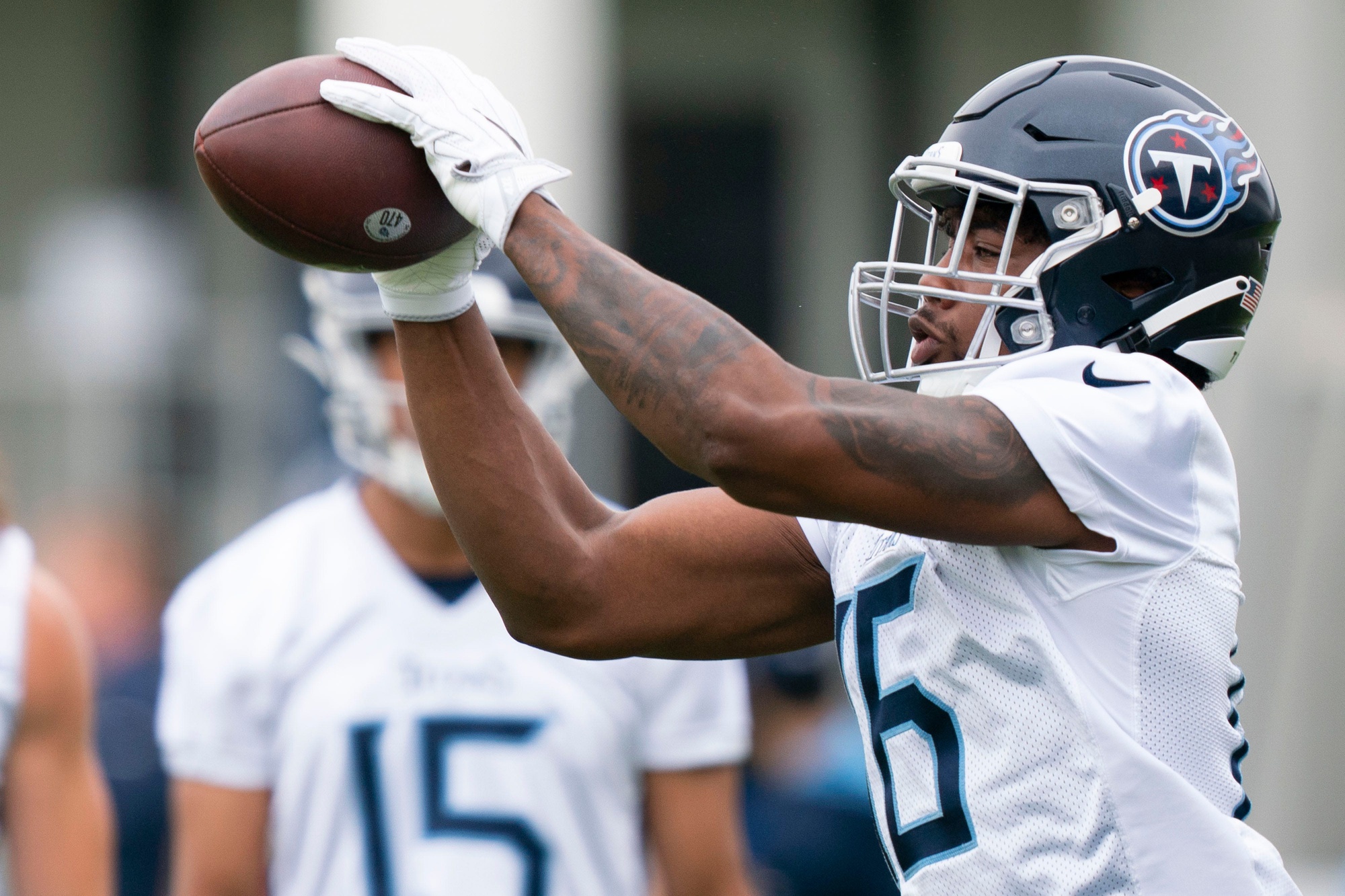 The Tennessee Titans have produced winning records ever since Mike Vrabel took over the head coaching reins in Nashville back in 2018. The team actually went on to improve upon its win totals each of the last two seasons! While each of the past year’s stellar regular season showings ultimately led to one and done showings in the playoffs, the Titans are still a team NFL bettors must continue to take seriously with the current coaching staff in place. That will once again be the case this upcoming NFL betting season regardless of DraftKings Sportsbook not lining them the favorites to take home the AFC South title a third straight time. Even so, their 9-game win total is only a half-game shorter than the Colts.

As such, the division title race should be cutthroat competitive; and don’t forget about those pesky Jaguars out of Duval County! If Tennessee is to have any shot of staying in what figures to be a tight battle all the way through, it’s going to need to get some production from the receiving corps with A.J. Brown sent to the City of Brotherly Love after being unable to agree on a new contract. In his stead, rookie WR Treylon Burks will look to make an impact and the folks setting his season-long prop bets seem bullish on him doing exactly just that. Let’s put his offerings under the microscope and see if we can’t make a profit betting them.

Even with Brown representing the offense’s top pass catching dog last year, the Titans were still only able to muster 201.1 passing yards per game (No. 24) and average just over seven yards per attempt (No. 17).

With Derrick Henry missing a bulk of the season due to injury, Ryan Tannehill actually stepped back to throw the ball 31.1 times per game. He also did so just over 30 times per game the prior season. As such, Tennessee actually does a better job trying to throw the ball now than it did the first two seasons with the new regime in place. I can’t help but think even more throwing of the football will be in the cards now with Henry entering his age 28 season coming off a serious foot injury. Of all the upper echelon wide receivers selected in the first two rounds of the 2022 NFL Draft, Treylon’s numbers to beat are the highest on the board.

Though Brown commanded nearly 20 percent of targets from Tannehill last season, it only amounted to 63 receptions and 869 yards. He grossly failed to go over his 1,175.5 receiving yards prop in the process. Mind you, he only suited up for and started 13 games with COVID and nagging injuries forcing him off the field. Most importantly, his longest reception of the season only clocked in at 57 yards; down from 73 and 91 the prior two seasons. And that’s the whole wrench in the machine when it comes to deciphering whether Burks goes over or under this impost. Not known for stretching the field while playing for the Arkansas Razorbacks, Burks is an imposing physical specimen with huge hands and rare weight-room power for a wide receiver. Mostly used underneath and in a number of formations that kept opposing defenses guessing, Burks is best utilized in the midfield where he can utilize his size and body control to take advantage of mismatched defenders. While he can go get a deep one or two if need be, it’s not how he’ll be putting food on the table for his family moving forward.

Burks is destined to be a target monster for Tanny or maybe even Malik Willis should the veteran continue to kill his team with turnovers early on. While a smooth runner in the open field, I just don’t foresee the Titans sending him deep enough to surpass the highest receiving yards prop on the board for this season’s rookie pass catching crop. If you can find a reception prop out there and it isn’t higher than 55, I’d be all in on the over. That being said, I don’t foresee him hitting the 870-yard plateau. Remember, Tennessee is still a running team with the King in the backfield.

Standing 6’3” tall and weighing in at two and a quarter, Burks is a monster! For that reason alone, he should be considered one of the favorites to take home the Offensive Rookie of the Year Award at DK who is offering up odds of +750 should it come to pass. While Henry is likely to score a majority of the red zone touchdowns – should he stay healthy – Burks is going to get his fair share of opportunities as well both running and catching the pigskin. I can’t help but think Burks becomes a QB favorite for whoever ends up lining under center. He just proved he can get the job done in his final season in Fayetteville combining for over 1,200 scrimmage yards and 12 touchdowns. In Henry and Burks, the Titz has one heck of an imposing duo at their disposal to unleash upon opposing defenses whenever needed. Personally, it wouldn’t shock me if Treylon scored 10 touchdowns this season. But how many will come through the air? Good question! I’ll take a stab on the over regardless and look for this beast to put on a show over the course of his rookie campaign.