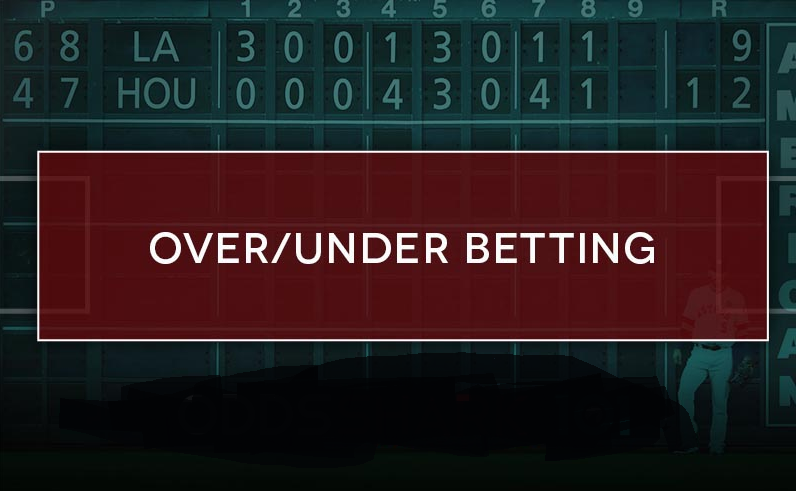 Betting on totals can be one of the most fun things to do in sports betting. There’s nothing quite like rooting for a game to go over the total, as you are just cheering on points without a care for who is winning and who is losing. While people who bet the side in a game might be sweating with every play of a back and forth affair, you can just sit back and enjoy the action. Betting the over is definitely the more fun side in any game, but you can’t just blindly bet overs and expect to win. Below are some tips and tricks to use when betting on totals.

While sportsbooks are quick to adjust a spread or a moneyline due to an injury, the total might not move as quickly. There are times where you see that a starting pitcher has been scratched or a key player won’t be playing, and that should lead to a shift in the over/under. That doesn’t always happen though, as more attention is focused on spreads and moneylines than totals. That creates significant advantages for bettors if you have a good idea of what that player means to the total.

Perhaps the most important factor when it comes to handicapping totals is weather. Weather doesn’t make a difference often, but it can have an outsized effect and lead to considerable line movement. Sports like basketball and hockey don’t have to worry about weather, but weather can wreak havoc on baseball, football, and soccer games.
Rain can have a considerable effect on the total in both baseball and soccer. In baseball, offensive production is generally diminished in light rain as batter can’t get near the power they can when there are clear skies. Pitches are harder to track due to rain, and that gives pitchers the advantage.
The under is a nice bet in soccer when rain is in the forecast. Offensive production diminishes as players don’t have the same agility in rain that they do in ideal conditions, and players can’t get the same power on the ball. It can be more difficult to handle for goalkeepers leading to potential mistakes, but those potential pitfalls are overshadowed by the lack of chances on the attack.
There is a common misconception that rain adversely affects totals in football games too. While a torrential downpour will indeed lead to games being lower scoring, light to moderate rain has little to no impact on the total historically. Instead, the main thing to worry about in football is wind. Consistent wind gusts of 20 MPH or more will lead to a lot of inaccurate passes from reliable quarterbacks, and kicking will be hit or miss in these situations.
Cities like Chicago are notorious for having wind play a major role in their sporting events. When the wind blows out in Wrigley Field, the total can skyrocket by three to four runs, and a windy day in Soldier Field can lead to the over/under dropping by a touchdown or more.

It’s very important to have some knowledge on officials too. Officials can have a major impact in any of the major sports, and how they call a game has a huge impact on what we see on the court or the field. In baseball, umpires with bigger strike zones can really help pitchers that like to paint the corners, leading to more unders. Conversely, umpires with smaller strike zones will help hitters, as they are more likely to get on base and see hittable pitches.
Soccer officials can have a major impact on games too. Each official has their own style, and a foul in someone’s book might not be a foul in another person’s eyes. Yellow cards and red cards have enormous effects on soccer matches, so a referee that is prone to reaching into his pocket could lead to a team going down a player.
The only sport where referees might matter more than soccer is basketball. There are so many potential ticky-tack fouls that an official can call in basketball, and his decision to blow the whistle could lead to a star player being sent to the bench early because of foul trouble. Joey Crawford was notorious for this as a referee, and others have a history of quick whistles too.