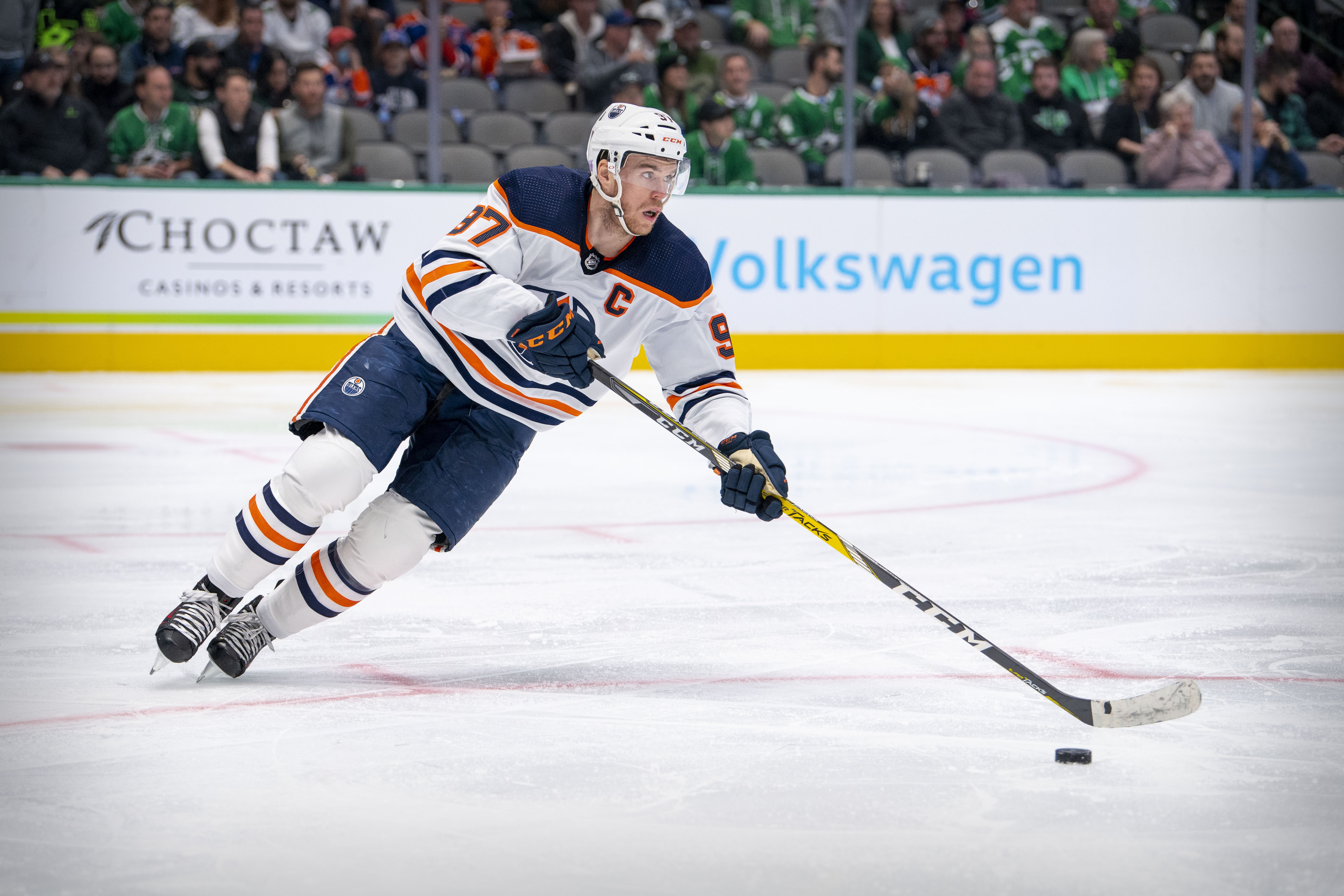 The NHL season is heating up as some of the league’s biggest stars show their talents on the ice. While we’re less than 20 games through the year, some frontrunners are beginning to stick out in the MVP race. The latest NHL odds at SugarHouse sportsbook note Connor McDavid as being the favorite but a few top performers are nipping at his heels.

McDavid is the leader in the clubhouse with -143 odds to take home the Art Ross Trophy, given to the league’s top point scorer. He’s been the sport’s best player over the last handful of seasons. Most recently, he scored 105 points in 2020 which was 21 more than the next closest player. He should be the NHL best bet to pace the league again in 2021.
The two-time MVP ranks fourth all-time in points per game behind just Wayne Gretzky, Mario Lemieux, and Mike Bossy.

MacKinnon is currently out with injury but his talent is indisputable. He’s notched 10 points through eight games this season and has been an offensive force over the last five years. The Avalanche will welcome his return to the ice in a few weeks.

Draisaitl is the leader for the Maurice Richard Trophy, going to the league’s top goal scorer, with +150 odds. He’s also a top candidate for the Ross trophy, holding the second-best odds behind Connor McDavid.
This season, Draisaitl has scored 36 points in just 18 games. Last year, he finished second in the NHL with 84 points.

Matthews holds +1300 odds to land the Maurice Richard Trophy, just a few spots behind previously mentioned Draisaitl. He’s scored more than 60 points in each of the last five seasons and hopes to do the same in 2021. He’s been among the league’s leaders in goals scored each of the last two seasons.

The first goalie on the list, Vasilevskiy is the favorite to win the Vezina Trophy with +600 odds. The Lightning star is 9-3-3 in 15 games this year to help Tampa Bay shoot up the Eastern Conference standings.

A seasoned veteran, Crosby’s skills are still some of the best in the league. He’s posted six 100-point seasons and is just now getting on the ice for the Penguins. While he’s off to a slow start through six games, he’s sure to improve as the year progresses. When all is said and done, he may be one of the top five players in NHL history.

Hedman is the definition of toughness. The Lightning star played half of last season with a torn meniscus. He’s one of the game’s best defenders and currently holds +800 odds of winning the Norris Trophy, good for third-best in the NHL. Another solid season could result in his second time landing the honor.

Ovechkin currently ranks with the second-best odds of landing the Maurice Richard Trophy at +300. The Capital has posted 15 goals and 30 points to this point in the season, helping Washington remain in the top two of the conference standings.

Not only is Makar a fantastic defenseman, he’s also a proven scorer. Last year, he was the league’s only defender to average a goal per game. Many believed he was most deserving of winning the Norris Trophy last season. This year, the award may be his to lose, as he holds an NHL-best +300 odds.

Kane finished with another top 10 scoring season, finishing the year with 66 points. That mark ranked fifth in the NHL. This year, the Avalanche star has notched 17 points in 15 games as he hopes to land another 100-point season very soon.
While he’s still considered a top player, his current odds for winning the Maurice Richard Trophy stand at +4000, the 20th best mark in the league.