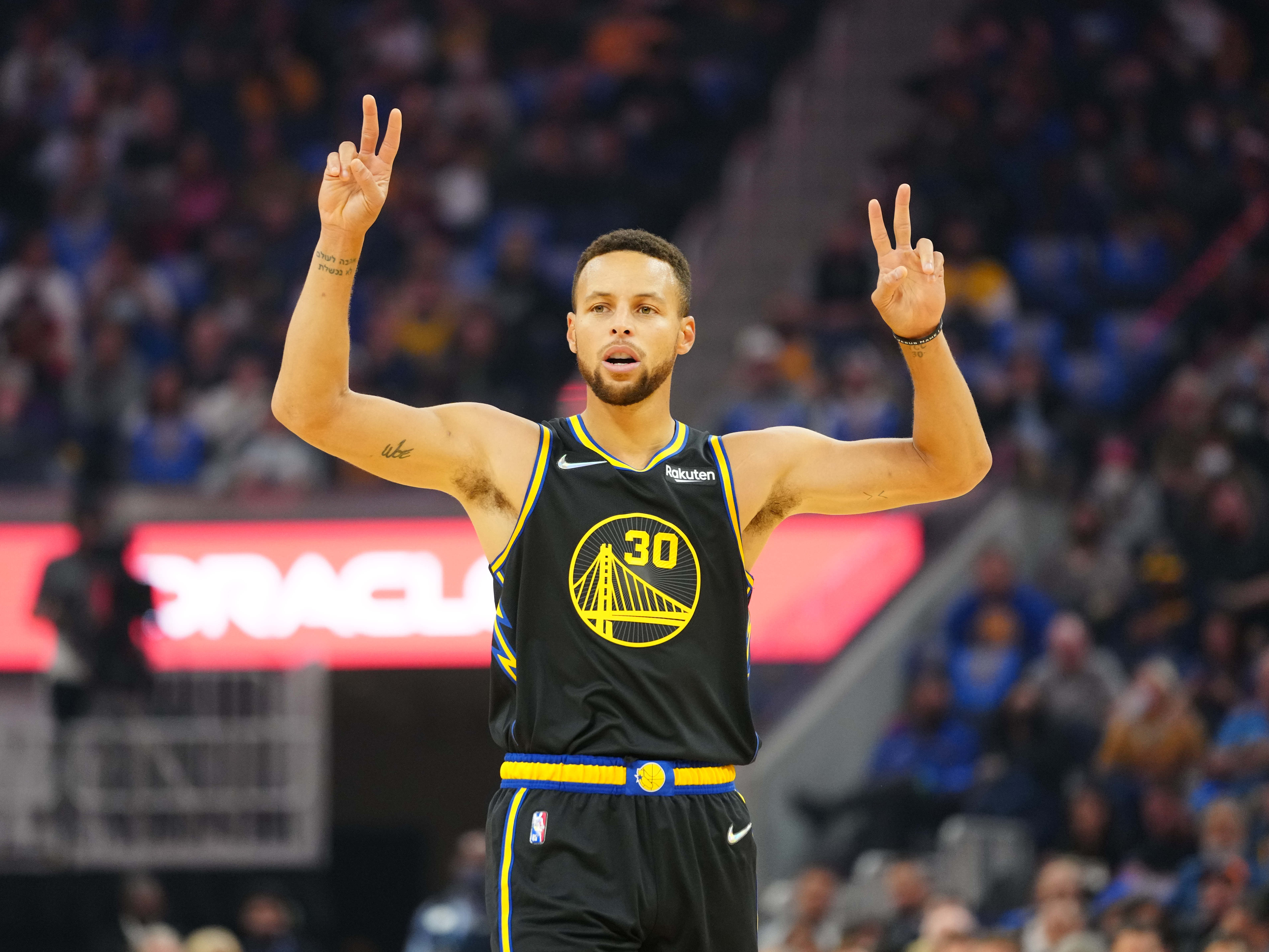 Twenty games into the NBA season, we’ve seen some major performances. Most of the league’s top contributors were expected to have great years as they’ve become professional basketball superstars. Some others are emerging after receiving less fanfare over the offseason.
Today, we’re looking at pro basketball’s top 10 players. Our ordering comes courtesy of SugarHouse sportsbook’s current NBA betting odds for this year’s MVP race.
Let’s run down these top performers and see who’s got the best chance to land the NBA’s most prestigious individual award.

Curry leads the way with +190 odds to take home the MVP honors. He’s currently averaging 28.4 points and 6.6 assists per game while shooting 45.5% from the field. That includes a 41.1% mark from beyond the arc as he’s connected on a league-leading 86 three-point attempts.
Curry has the Warriors positioned in first place in the Western Conference thanks to a 13-2 start. Golden State is the NBA best pick to win the league title.

While Curry holds the MVP advantage, it’s Durant that’s on pace to become the next NBA scoring champion. Through 17 games, the forward is averaging 28.5 point per contest to slightly lead the category.
Durant is also pulling in 7.8 boards a game while dishing 5.1 assists to have the Nets near the top of the league standings. He’s converting his shot attempts at 55.8% rate, the highest percentage of his 13-year career. With +450 odds, it may be worth placing an NBA future bet now before his odds change.

Antetokounmpo is averaging a double-double a night at 26.9 points and 11.9 boards per contest. He’s also dishing out six assists a game and shooting at a 50% clip as he leads Milwaukee up the Eastern Conference standings.
The two-time MVP is looking for another after taking home the award in consecutive seasons between 2018-2020. He’s got a bit of catching up to do with +750 odds.

The next big man on the list in Denver’s Nikola Jokic, who’s posting career numbers in both scoring and rebounding. The Nugget is averaging 26.4 points and 13.6 boards a game on nearly 60% shooting.

Doncic is the third straight international player on the list as the Slovenian has posted totals of 25 points, 8.4 boards, and 8.0 assists a night for the Dallas Mavericks.
The league’s 2018-19 Rookie of the Year has been on an absolute tear since entering the league and he’s got his sights set on MVP. At +1400, he’s got some work to do.

Another veteran having a career year, George has the Clippers positioned as major players in the NBA Finals race. He’s on pace for his highest scoring season yet at 26.4 points a night while also seeing major jumps in rebounds and assists compared to previous averages.
With Kawhi Leonard having missed some time this year, George has taken over as LA’s go-to guy.

It’s Davis, not LeBron, who’s representing the Lakers on this list at +2500 odds. The big man is posting averages of 24.3 points, 10.3 rebounds, and 2.2 blocks a night. A former first overall draft pick, Davis is looking for his ninth consecutive season scoring 20 points or more a game.

Embiid has only played in nine games this season as his health has always been a concern, but when he’s on the court, he produces. In those nine appearances, the big is averaging 21.4 points and 9.6 boards a night. Those totals are actually slightly below his career averages meaning he’s probably a little too far behind in the MVP race at this point.
Still, he’s looking to notch a sixth straight 20-point season average and the fifth in which he totals a double-double a night.

Morant enters just his third season but is seeing a massive boom in scoring output at 25.5 points per game. That’s more than six points above his career average. The point guard is right in line with past passing totals at seven assists a night, good for 10th-most in the league.
Morant is still a longshot to win the MVP at +5000 but he’s proving to be one of the NBA’s best players.