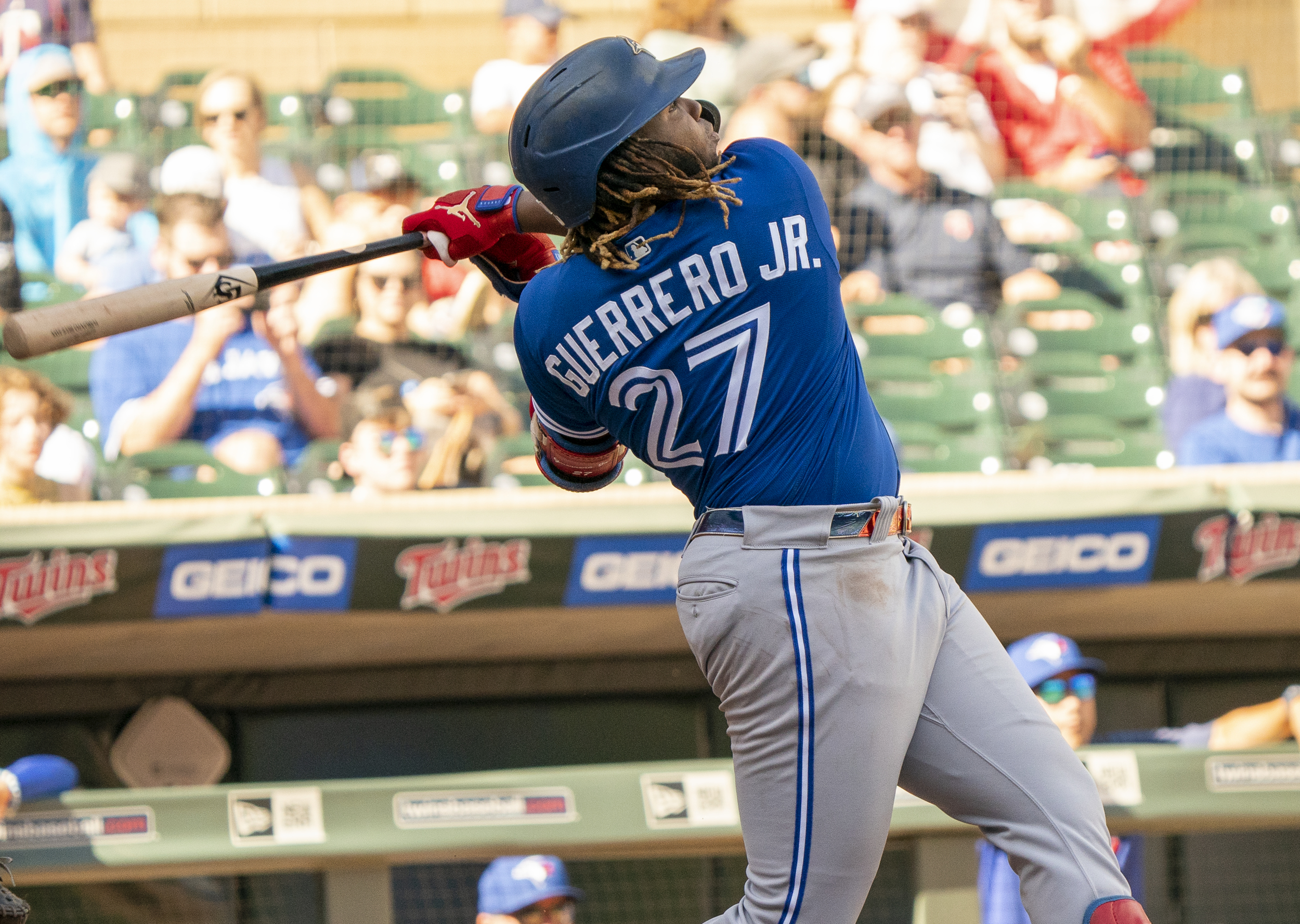 The Major League Baseball season has officially ended with the Atlanta Braves making an improbable run to a World Series championship. Low on the MLB World Series odds at midseason, the Braves used a second half run to take home their first crown in more than two decades.
As far as individual awards are concerned, Bryce Harper and Shohei Ohtani were named MVPs by their respective leagues after posting incredible numbers throughout the season. Ohtani took the baseball world by storm with his talents as both a pitcher and position player while Harper landed the honor for the second time in his career.
Those two players are certainly considered to be among the best in the sport but a few others that showed they’re worthy of top consideration, too. Today, Betmaker does its best to identify Major League Baseball’s top 10 position players. We’ll start with a corner infielder that nearly landed baseball’s triple crown in 2021.

Guerrero is following in his father’s footsteps. The elder Vlad posted Hall of Fame numbers over a lengthy career in Montreal and Toronto. Known for his free-swinging mentality at the plate, his son shares that same aggressiveness in the box.
Guerrero hit .311 with 48 homers and 111 RBI. All three were top 10 marks in Major League Baseball. He was also a top three performer in hits, runs, slugging, and on-base percentage. Guerrero is a star in the making.

Soto has been a more known commodity after having an absurd run in the Nationals’ World Series run a few years back. In 2021, though, he saw a career season, hitting .313 with 29 HR and 95 RBI. Patient at the plate, Soto led the league in walks with 145, 34 more than the next closest player.
The outfielder has great plate discipline, strikes out at a low rate, and has a knack for getting the big hit. Soto’s stock will only improve moving forward in his young career.

Harper won his second National League MVP following a fantastic ’21 campaign and should be high on the MLB MVP odds next year, too. The veteran knocked 35 homers and posted another 100-walk campaign. Harper finished the season with top three finishes in on-base percentage, slugging, and doubles.

Perez broke out with a monster season in 2021 as the backstop tied for the league lead in home runs (48). He led all hitters with 121 RBI but also got it done on defense. Perez posted a .998 fielding percentage and threw out 18 of 41 baserunners last season.

Ohtani would’ve likely been further up this list if we were taking pitching into consideration but as it stands, he’s still a top 10 position player. Ohtani mashed 46 HR and knocked in 100 RBI at the plate. The switch hitter led the majors with eight triples and nabbed 26 steals on the basepaths.

Tatis is becoming one of the faces of Major League Baseball. The infielder smashed 42 home runs to lead the National League while batting in 97 runners. He also hit .282 and swiped 25 bases in 29 attempts. The shortstop is one of the most fun to watch players in the league and should be a staple in San Diego for the next few seasons.

Semien had a career year, boasting 45 HR and 102 RBI to lead all second basemen. He finished second in the majors in wins above replacement showing the true impact that he had on his team. Not only did Semien get it done at the dish, he also won a Gold Glove with his play in the field.

Ramirez is one of the best all around players in the game. He’s got Gold Glove potential at third base, is a switch-hitting matchup nightmare, and boast both power and speed on the basepaths. He’s a true five-tool player.
In 2021, Ramirez got off to a slow start but a second half tear helped land him on the list. He finished with 36 homers, 103 RBI, 27 stolen bases, and just 87 strikeouts.

Devers is becoming one of baseball’s top hitters. The switch hitter batted .279 last year adding 38 home runs and 113 RBI. He’s been a mainstay at the hot corner in Boston and should only continue to move up this list in the future.

Turner led the majors with a .328 batting average and 195 hits. He also swiped 32 bases, good for most in the National League and posted career highs in both home runs and runs batted in.