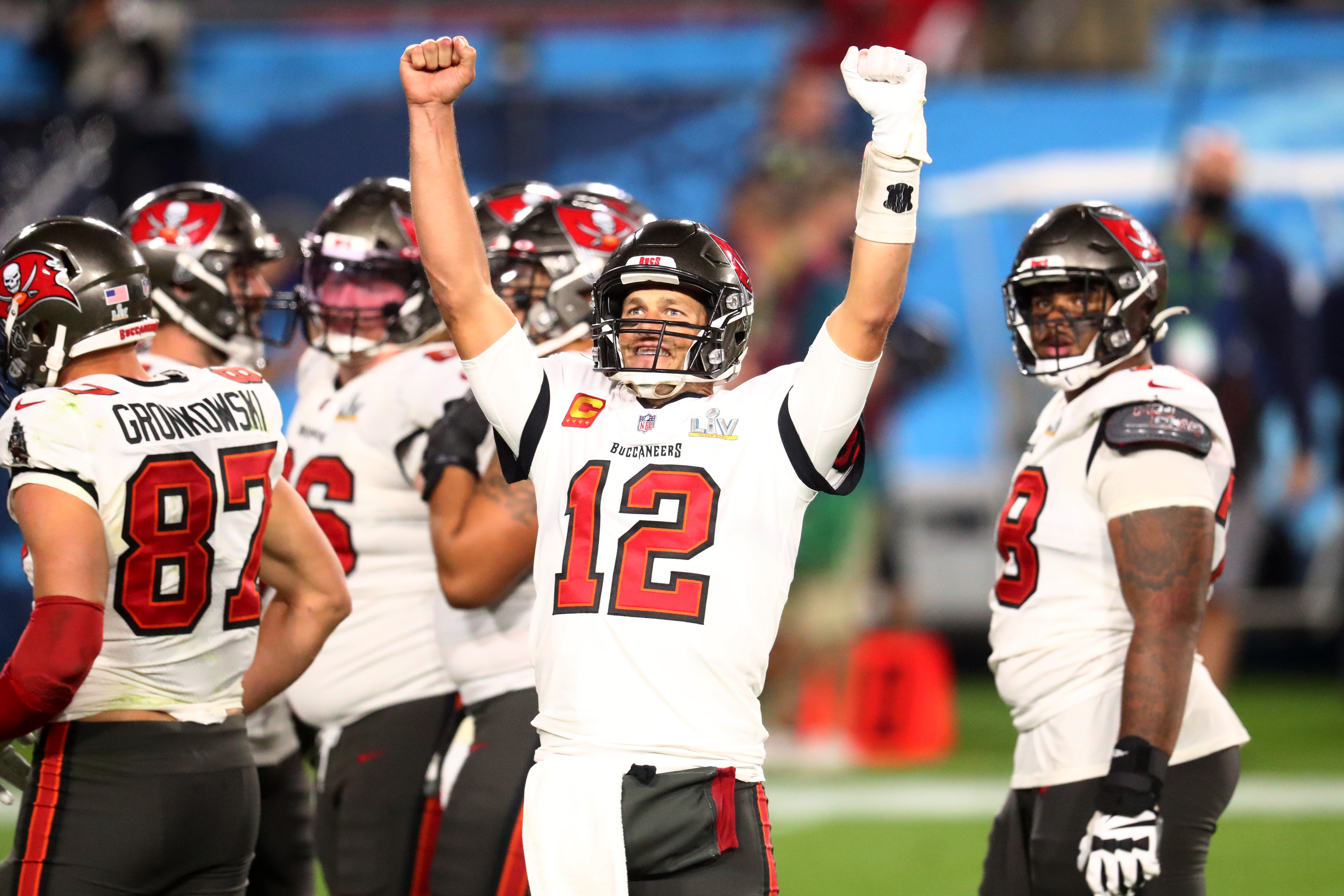 No player has appeared in more Super Bowls than Tom Brady. The GOAT has been to the biggest game in football 10 times and his seven Super Bowl wins are also a record. He is the only player to suit up for a Super Bowl in three different decades, and we will probably never see a quarterback have the same success as Brady ever again.

This is when Tom Brady first made a name for himself. The sixth-round draft pick out of Michigan only saw action in one game as a rookie, but he took over for an injured Drew Bledsoe in Week 2 of the 2001 season and led the New England Patriots to the Super Bowl after an 0-2 start. They beat the Oakland Raiders at home in the Tuck Rule Game, and then they proceeded to knock off the Pittsburgh Steelers in the AFC Championship Game before taking down the heavily favored by the Super Bowl betting odds St. Louis Rams. Brady wasn’t spectacular in the game, but he ended up being named Super Bowl MVP after Adam Vinatieri hit the first game-winning field goal as time expired in Super Bowl history.

The Patriots won 14 straight games on their way to their second Super Bowl title at the end of the 2003 season. Brady was the justifiable Super Bowl MVP this time after completing 32 of 48 passes for 354 yards with three touchdowns and an interception. This was one of the most unique Super Bowls as the game went well over the total despite neither team scoring a point in the first and third quarter.

Brady was efficient in New England’s third Super Bowl win in four seasons, and he joined an exclusive club at the final whistle. He became just the fourth quarterback to win three Super Bowl titles along with Troy Aikman, Joe Montana, and Terry Bradshaw. Brady wasn’t named Super Bowl MVP this time (that honor went to Deion Branch), but he came up big when the Patriots needed him.

Although the Patriots continued to be one of the top teams in the NFL, it took them 10 years to win another Super Bowl after their third title. New England was very fortunate to win its fourth Super Bowl as Russell Wilson had Seattle at the one-yard line with 26 seconds left. That’s when Malcolm Butler jumped a route to improbably seal the win for the Patriots, and Brady was named Super Bowl MVP for the third time after throwing for four touchdowns.

You knew this was coming Atlanta fans. The Falcons looked set to wipe the floor with the Patriots in Super Bowl LI. Atlanta was up 28-3 midway through the third quarter when Brady started to lead New England back. After being held in check for much of the game and throwing a pick six, Brady was unstoppable over the last 20 minutes of regulation. The Patriots sent the game to overtime in the final minute and then Brady drove them down the field to win the first-ever overtime game in Super Bowl history. Brady also made history by throwing for 466 yards.

This was only the second Super Bowl that Tom Brady won where he wasn’t named Super Bowl MVP. Neither the Patriots or Rams were able to move the ball effectively on the other team’s defense, and the score was 3-3 midway through the fourth quarter. The moment was just too big for Jared Goff though, and the Rams were unable to run the ball on New England’s front seven. Julian Edelman and Rob Gronkowski were Brady’s favorite targets by a while, and Edelman was named Super Bowl MVP.

In his first season outside of New England, Tom Brady proved that he could get it done with a team other than the Patriots. Brady went to Tampa Bay as the most hyped free agent signing in football history, and he lived up to the hype by taking the Buccaneers to the second Super Bowl in franchise history. He found himself in an unfamiliar spot as underdogs per the NFL betting line to the Kansas City Chiefs, but the Buccaneers’ front four hounded Patrick Mahomes. Brady earned his fifth Super Bowl MVP in the win, throwing for three touchdown passes.