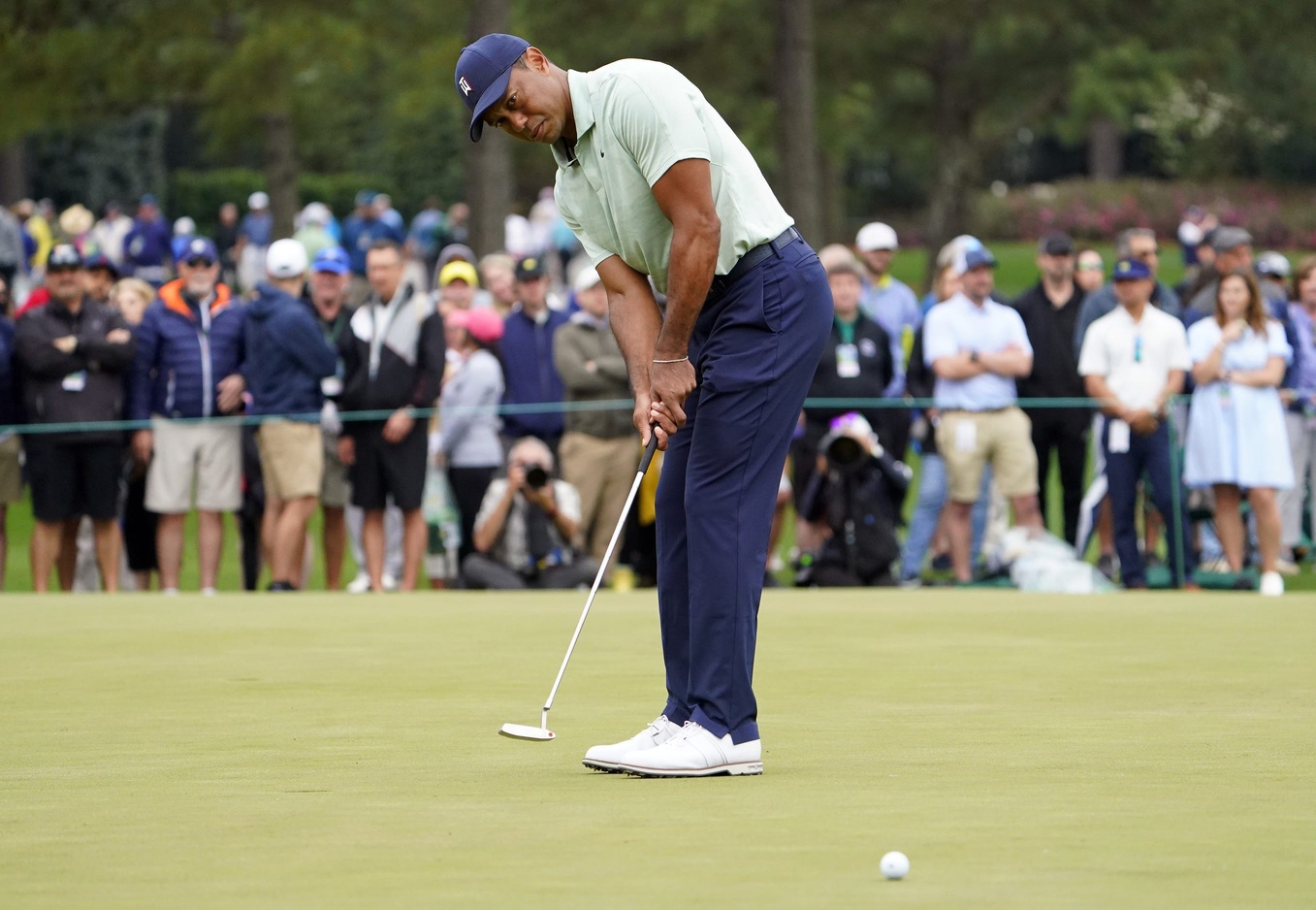 It looks like Tiger Woods is going to be teeing it up in this year’s Masters. Woods announced on Tuesday that his intention is to play. "As of right now," Woods said to the media, "I feel like I'm going to play." Woods has been practicing at Augusta National this week and he obviously feels good enough to play. If he gives it a go, he will be playing in his 24th Masters. He has won the Masters five times and has finished in the top five a total of 12 times. Woods has not played in a PGA Tour event since November of 2020 and that just happened to be the final round of the Masters. Woods had back surgery in February of 2021 after he crashed his SUV on a road in Los Angeles. Oddsmakers have Woods listed at odds of 50-1 to win the Masters and there are also some props on him making the cut, finishing in the Top 5, Top 10 and Top 40. Let’s look at some Tiger Woods Masters props.

Will Tiger Make the Cut?

This is definitely an intriguing prop bet at DraftKings because Woods has not played in more than a year and no one really knows how he will do. There have been some reports that Tiger has looked great in practice rounds, but practice is far different than actual competition. I think if you are going to make one Tiger prop bet it would be the Yes on this prop, as at least it has some value. What could cause Tiger trouble is all of the walking and that will be more of a factor on the weekend than it is in the first two days. It also seems very unlikely that Woods would have decided to play the Masters if he didn’t think he could play at a high level. If there is one thing we know about Tiger it is that he has a huge ego and he would not want to go to Augusta and play poorly. The value is definitely on the Yes on this prop.

Unlike the previous prop, I don’t know that there is much value in taking Tiger to finish in the top 5. If you think he is going to finish high in the Masters then you are better off taking him at odds of 50-1 to win. There is just not much value in playing this prop, because it seems more likely that Tiger is going to be all-in to win or not play at all. All that being said, there is more value in this prop than in the next couple of props.

This is another prop that has limited value. If Tiger is going to play in the Masters then you would expect him to either contend for the win or miss the cut. And if you think he can contend then why not take him to win at big odds. I would want at lot more value if I was considering this wager.

Tiger Finishing in the Top 40 (Even)

This prop bet was available at the FOXBet sportsbook. Tiger is getting a lot of attention in golf betting odds and gamblers are looking to bet on his props. This is kind of like the other props I mentioned above, as the value doesn’t seem to be there. If Tiger is going to play the Masters then you have to think he is going to play well and if that is the case, why would you want to bet him just to finish in the Top 40? There is far more value on him to win at odds of 50-1. And if you don’t think Tiger can contend then I don’t think you want to bet him to finish in the Top 40 and there is very little value on this prop at even money.