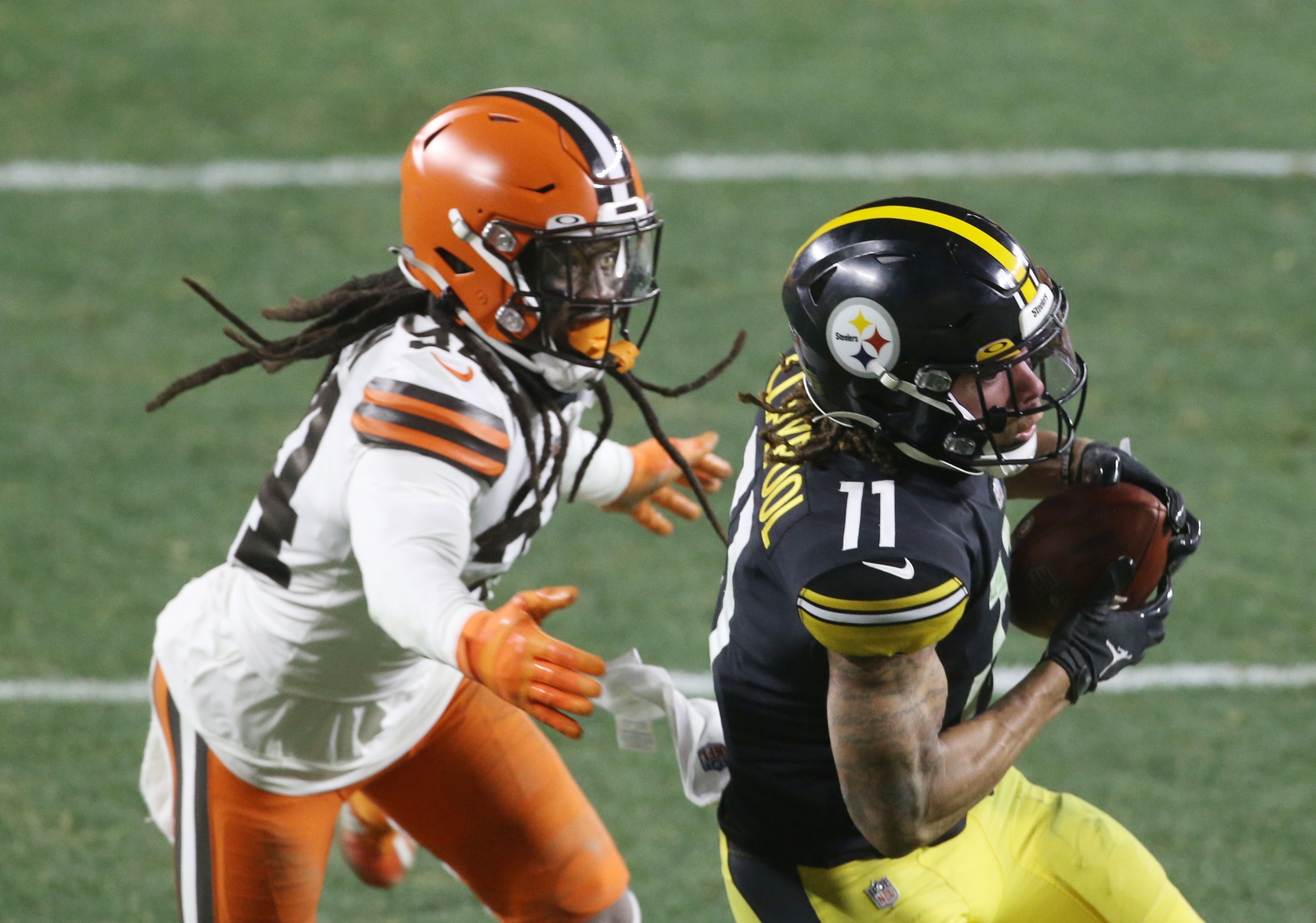 The Steelers and Browns face off in Cleveland this Thursday as they both look to rebound from Week 2 defeats. Pittsburgh fell 17-14 to the Patriots in a game where the offense once again struggled. The Browns, meanwhile, lost in heartbreaking fashion to Joe Flacco and the New York Jets, 31-30.

In that matchup against the Jets, Flacco led his offense to a pair of touchdowns in the final 1:30 of regulation. The former Raven found a way to rally the troops from 13 points down late in the game, taking down an old division foe.

Now, these two hated rivals will look to bounce back in primetime on Thursday night.

BetMaker previews the matchup and gives a prediction for this Thursday night showdown.

The Steelers have already taken down one division foe this season, upsetting the Bengals in Week 1 in a surprising overtime victory. That matchup saw the Pittsburgh defense turn Cincinnati quarterback Joe Burrow over five times. The defensive unit was impressive, once again, in last week’s loss to the Patriots, forcing Mac Jones into an interception.

Unfortunately, the offense did little to help out. The Steelers gained just 243 total yards behind Mitch Trubisky, a theme that continued from Week 1. Pittsburgh also muffed a punt deep in their own territory that wound up giving New England the deciding score. Over two weeks of action, Pittsburgh’s offense has found the endzone just twice, and they’ve yet to reach the 300-yard mark.

Cleveland, on the other hand, has seen the opposite result. The Browns took down former quarterback Baker Mayfield and the Panthers in the season opener, 26-24. Kicker Cade York booted a 58-yard field goal as time expired to land the win. In game two, the defense allowed 14 points over the final two minutes of play to lose to New York.

On offense, the Browns have been impressive, averaging 380 yards and 28 points per game. Unfortunately, the defense has been awful, giving up 405 yards and 31 points to the Jets this past Sunday. This, after allowing 24 points to Carolina.

Will Cleveland’s high-powered rushing attack run roughshod through the Steelers, or can that stingy Pittsburgh defense keep the Browns off the scoreboard?

The Browns enter as the home favorite with the opening line being set at -5 in favor of Cleveland. Pittsburgh comes in as the underdog, boasting +5 on the spread and +165 odds on the money line. Each of these teams’ previous two matchups this season have been decided by three points or less.

Pittsburgh, as mentioned, has won with defense. They’ve been on the right and wrong side of a three-point decision, but they’ve yet to lose ATS. Cleveland enters 1-1 ATS, losing their only game as a favorite, but winning outright as an underdog in Week 1.

As far as totals go, both of the Steelers’ matchups have fallen under the total. The meeting with New England fell well under the 40.5 mark, finishing with 31 total points. Despite going into overtime, the Week 1 matchup with Cincinnati also fell below the 44.5-point total.

Cleveland has gone well over in both of its contests this year, totaling 50 and 61 points in those matchups. Those lines were set at 42 and 38 points, respectively. It will be interesting to see how the scoring trends for each team play out on Thursday.

The Steelers won both games in the series last year as underdogs. In fact, the underdog has covered in four straight games, winning three of those four matchups outright. The OVER/UNDER is 2-2 in those meetings.

The Steelers should be relatively healthy though four backups, including QB Mason Rudolph, will be out of action.

This has been an interesting series with the underdog seeming to have the advantage. We mentioned that ‘dogs are 4-0 ATS in the last four meetings, and they’ve gone 5-1 in the last six. The road team has won two of the last three matchups, though that number falls to 2-7-1 in the last 10 meetings.

We’ll side with the Steelers as five points seem too much for the Browns to give. With questions at QB on both sides, this should be a tight battle that could also fall below the total.