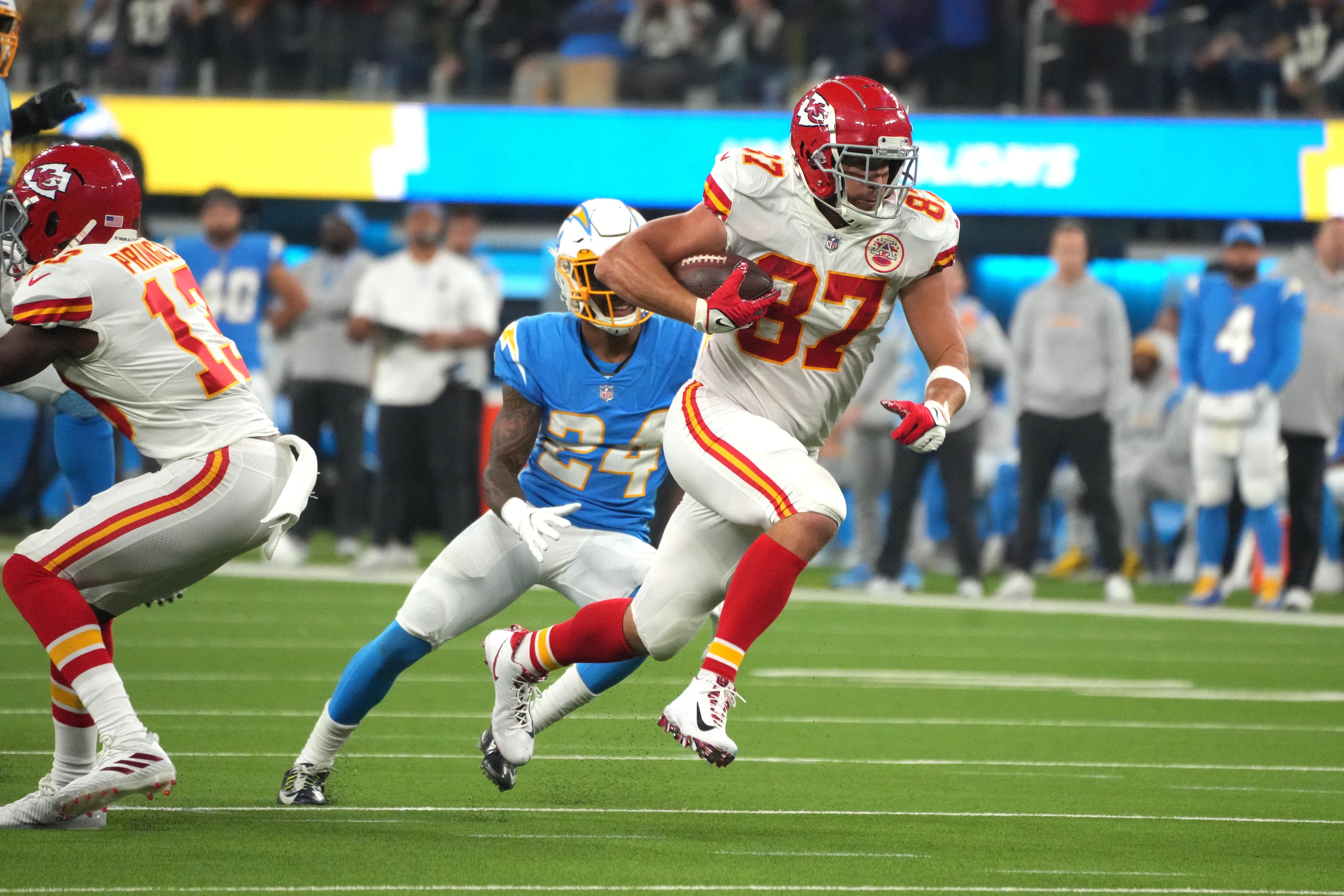 Week 2 of the NFL season starts with a bang with a huge divisional showdown between the Chargers and Chiefs. The AFC West powers will face off with each entering the matchup with a spotless 1-0 mark. Los Angeles is looking to go 2-0 in divisional play after taking down the Raiders this past Sunday. The Chiefs beat the Cardinals handily in a 44-21 defeat.

We could have some fireworks with a pair of powerful offenses meeting in Kansas City. Each of last season’s matchups finished with 54 total points or more. Based on what we saw in Week 1, there could be a similar result.

Which of these rivals will leave with a win?

BetMaker previews the upcoming matchup and gives a prediction for this divisional matchup.

This will be an exciting matchup between two of the NFL’s top passers. Patrick Mahomes leads the Chiefs following a five-touchdown, 360-yard performance in Week 1. The Chiefs’ offense did whatever they wanted in that season opener, totaling nearly 500 yards and scoring touchdowns on six of their 10 drives.

On defense, Kansas City allowed just seven points over the first three quarters before the Cardinals made the score look a bit more respectable in the final period. The Chiefs surrendered just 282 yards while holding Arizona to 3 of 12 on third down attempts. Kyler Murray threw for less than 200 yards, making it an easy night for KC.

The Chargers had a bit more of a challenge, facing a potentially potent Raiders offense. Still, they kept quarterback Derek Carr in check, capitalizing on three interceptions. Los Angeles held the Raiders to just 19 points, leaving with a 24-19 victory.

On offense, Justin Herbert shined with a trio of touchdown throws and 279 passing yards. He was a steadying presence on offense and showed why he entered the season regarded as an MVP candidate. They may need more than 24 points to beat the Chiefs, but neither of these offenses will be threatened by the thought of a shootout.

Oddsmakers believe this matchup will follow the high-scoring trend from last season. Both of these offenses have shown the ability to put points on the board, and if history continues, that 54.5-point mark seems about right. Last season, both matchups reached 54 points. The teams split the season series, with the Chargers taking the first meeting, 30-24, and the Chiefs taking the second matchup, 34-28.

This series has been extremely competitive over the last four seasons, with the Chiefs holding a slight 5-3 advantage in the win column. With that being said, they’ve gone just 3-4-1 against the spread in that time. In those last eight meetings, the total has eclipsed the 50-point mark six times. Five of the last eight matchups have been decided by one score.

The Chargers appear to be good on the injury front, though wide receiver Keenan Allen did suffer a hamstring tweak in Week 1. He is currently listed as questionable, pending an MRI. Los Angeles will also be without defensive back JC Jackson, who’s recovering from an ankle injury.

This expects to be a close matchup between two very talented teams. It is worth noting that the road team has won each of the last four meetings. With that being said, we believe this game will stay close. We’re banking on the overhitting while the Chargers cover the +3.5-point spread.