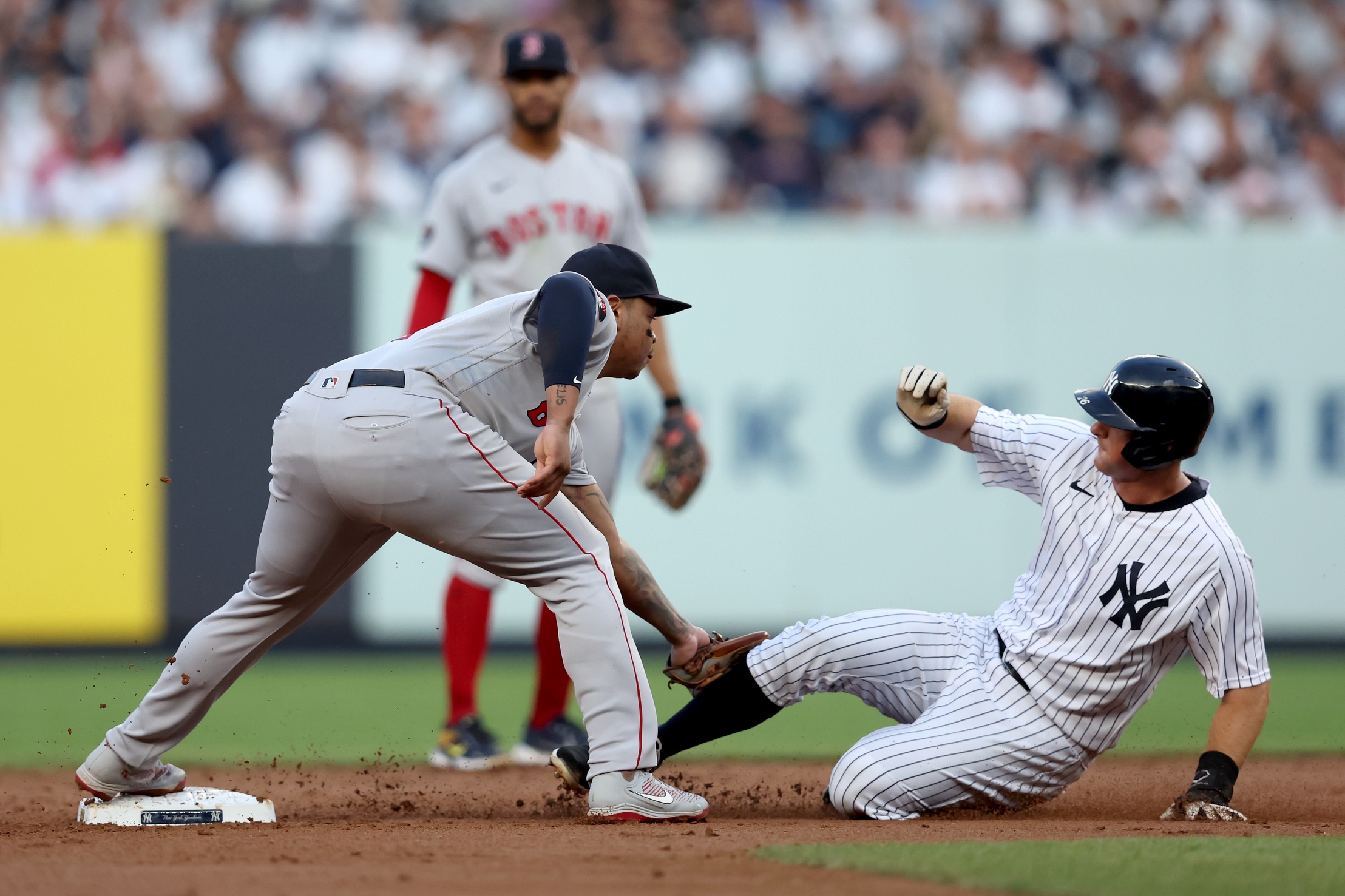 The Red Sox and Yankees face off this week in baseball’s best rivalry. Thursday kicks off a four-game set between the division foes, but unfortunately, this series will have little implication on the postseason. With only a couple of weeks remaining in the season, the fates of these two clubs have all but been set.

New York will make the playoffs, and barring a complete collapse, will win the AL East pennant. That should solidify their standing as the No. 2 seed in the American League behind the Astros. The Red Sox, meanwhile, sit in the cellar of the division race as they’re the only AL East team to sport a losing record at 72-75.

Now, a sweep could certainly make things interesting as the Yankees sit 5.5 games up on the Blue Jays for the division lead, but based on the recent history of this matchup, it seems unlikely. New York currently leads the season series, going 9-6 in 15 outings. Five of those contests have gone to extra innings.

Boston will do its best to dash New York’s postseason aspirations as it would help fans salvage a disappointing year. The Yankees meanwhile, will look to build upon their division lead and create some momentum entering the playoffs.

BetMaker previews the series opening matchup and gives a prediction for Thursday night.

The Yankees enter with one of the most dangerous lineups in baseball, headlined by the best hitter in the American League. Aaron Judge is on absolute fire at the moment, hitting .475 in the month of September. On the year, he leads the team in average (.316), homers (60), and RBIs (128), marks that also rank 4th, 1st, and 1st in the MLB.

New York’s offense has bashed the most home runs in the league, while also leading the AL in runs scored, RBIs, and walks. On the flip side, the pitching staff has been fantastic, as well. The Yankees boast an impressive team ERA of 3.37 while holding top 10 marks in strikeouts, walks allowed, and opponent batting average.

Boston, on the other hand, has struggled on the mound. The Red Sox have posted a 4.44 ERA this season while ranking in the bottom half of baseball in home runs and walks allowed. Opponents are hitting .252 off of Boston arms, and the bullpen has been one of the league’s worst sporting a 4.48 ERA.

At the dish, the Sox have been better. They rank fourth in the MLB in average, first in doubles, tenth in RBIs, and sixth in on-base percentage. They’ve been able to get guys on and get them around the bases without using the long ball like the Yankees. Boston ranks 21st in homers. Still, they’ve shown enough production at the plate to hang with their rivals. Can they keep it going this weekend?

Wacha has been one of the better arms in the Boston rotation, posting an impressive 2.61 ERA and sparkling 11-1 overall record. He’s struck out 92 batters over 114 innings of work and has held opposing hitters to just a .216 average.

In his most recent outing, the righty pitched seven innings, allowing one run in a win over the Royals. It continued a run of four consecutive starts where he’s gone at least six innings while allowing three runs or less.

In his only appearance against the Yankees, Wacha pitched seven scoreless innings, striking out nine and holding New York hitters to a .087 average. He’ll look for another dominant performance in the Bronx.

Taillon has been a bit up and down this year, posting a 4.04 ERA. The Bronx Bombers have been able to bail him out of many of those inconsistent performances, as he sports a 13-5 overall record. The righty has struck out 132 batters over 158 innings.

Against Boston, he’s gone 1-1 with a 5.00 ERA in three appearances. He’s held the Red Sox to a .221 average but has fallen victim to the long ball, surrendering five homers in those three performances.

The Yankees will likely be favored in this matchup, but we’ll back the Bo Sox to cover the run line. Yes, Aaron Judge is playing out of his mind right now, but pitcher Michael Wacha has shown he can handle this New York lineup.

If Boston can get to Taillon early, they should be able to get out to an early lead. The Yankees are never out of striking distance, but we’ll back the Red Sox to cover 1.5 runs.