The Under in Buffalo Headlines the NFL Week 10 Total Trifecta 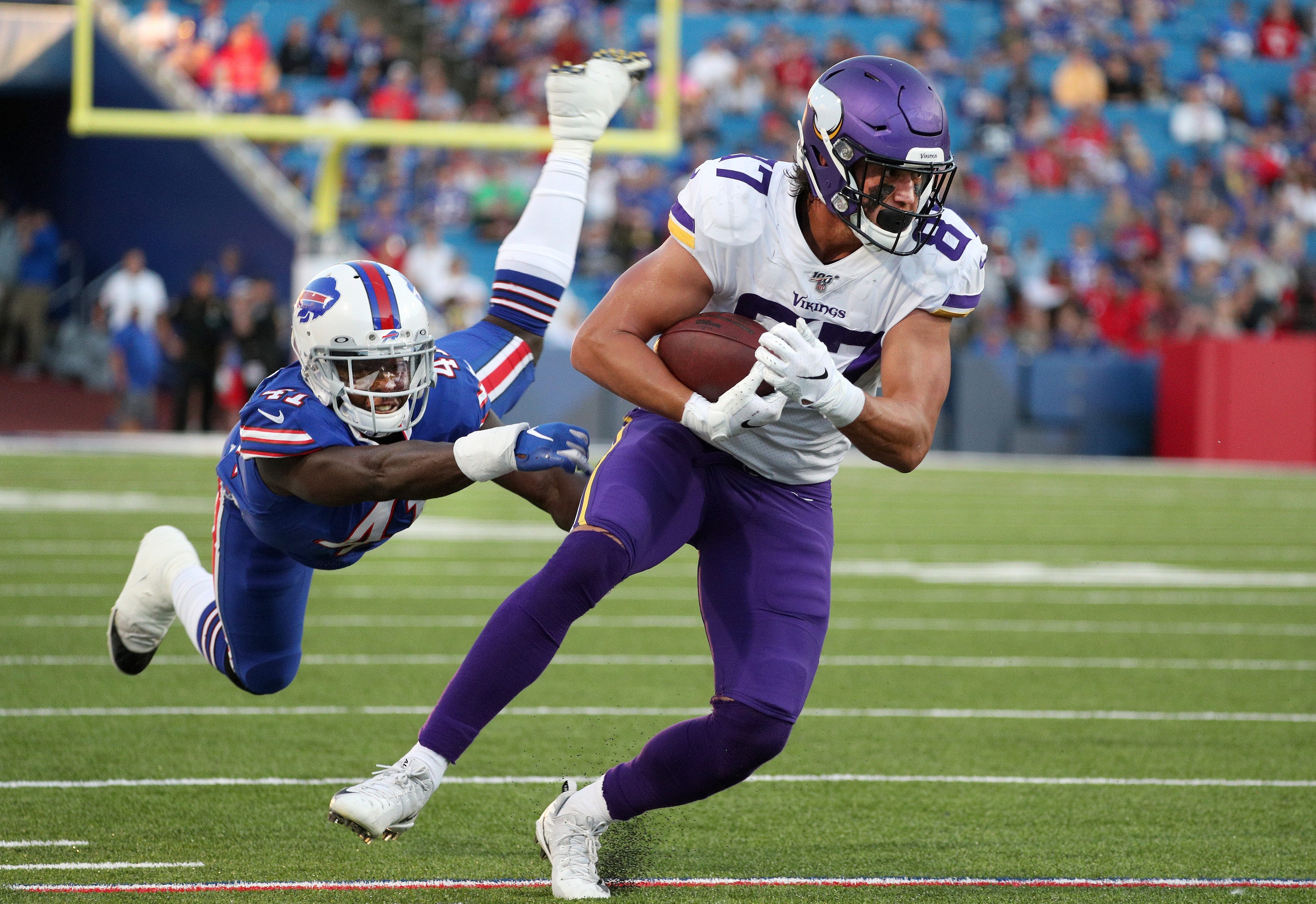 So who’s ready to bet some totals in Week 10 NFL betting action? I’m fully aware they’re not as fun to bet as point spreads, but money won is still money won regardless of what you bet on, right? I’ve got a three-pack of totals that I’m already invested in over at BetRivers Sportsbook, and I suggest you do the same. Let’s do this!

If the Buffalo Bills were smart – which they are - Josh Allen won’t be lining up under center when the team welcomes the Minnesota Vikings into Highmark Stadium on Sunday. That means NFL bettors will be subjected to a steady diet of backup Case Keenum which more than likely suggests a very vanilla plan of attack will be installed by the coaching staff. Though Minnesota’s defense has shown a penchant for giving up huge chunk yards through the air in allowing over 250 yards per game (No. 27), it’s made up for it by snagging the fourth most interceptions (8). Turning the ball over in a game like this against a Vikings team living a charmed life is a recipe for disaster. I think Buffalo makes it a point to hit Minnesota in the mouth with its running game. While the Vikings rank No. 10 defending the run, their 19th ranked DVOA defense lets it be known the unit can be had.

Allen’s likely absence isn’t the only reason this total has plummeted since first hitting the board at 49.5. Some annoying weather is in the forecast with temps expected to be in the mid-30s with upwards of 20 mph winds, and a wintry rain/snow mix falling throughout the matchup’s entirety. In other words, weather conditions right up the Bills’ alley! The same can’t and won’t be said for the Vikings who’ve played a majority of their games indoors the last handful of years. This battle of division leaders has low scorer written all over it!

The first of two scheduled regular season meetings between the division rival Lions and Bears should be a good one. Detroit finally put an end to a five-game losing streak last week after gutting out an ugly 15-9 outright win against the Green Bay Packers. But a deeper inspection of the box score lets it be known the end result was one of the more misleading of the Week 9 slate. Aaron Rodgers carved Detroit’s defense up for 389 yards and averaged 5.6 yards per play, but managed to put fewer than 10 points on the board. That had everything to do with three red zone turnovers that proved costly. Detroit had only tallied six takeaways for the season going into that game! While Chicago has done its fair share of turning it over (12), it’s only done so twice in its last three games.

This is a matchup between two of the worst defenses the NFL currently has to offer. No team has allowed more yards per game than that of the 2022-23 Detroit Lions. Chicago hasn’t been much better giving up nearly 350 per game (No. 18), while also getting gashed on the ground to the tune of 147+ yards per game (No. 30). In terms of overall DVOA, the Lions chime in at No. 26 and the Bears No. 31. Justin Fields is in the midst of a heater right now which should find him having little issue picking this defense apart with both his arm and legs. Jamaal Williams and D’Andre Swift should also be able to get theirs on the ground. This has the makings of a fun back and forth high scoring affair with weather having little to no impact.

On the surface it looks like I’m playing with fire here considering Mike McDaniel’s Dolphins have played to high scorers in two straight, but I’m digging the under in this crucial AFC bout with the Browns; one that could go a long way in determining playoff seeding down the road. Cleveland enters this tilt on extended rest which likely had the coaching staff burning the midnight oil trying to concoct a plan to prevent the “Flash Brothers” from lighting their secondary up like the duo has done seemingly every passing week. Though the Browns passing offense has shown a pulse (No. 16), I don’t foresee it going into this one with the mindset of matching points with a Tua Tagovailoa led offense. Keep in mind that Miami is yet to lose a game to date with Tua under center for its entirety!

The Browns best plan of attack will be running the ball until the cows come home, and they have the weaponry to pull off the feat. No runner has accumulated more rushing yards than that of Nick Chubb to this point of the season. While Miami has been tough against the run with it ranked No. 7 in rush DVOA, it’s yet to run up against a fine-tuned unit like that of the Browns. Something tells me a ton of yardage is gained in this game, but it doesn’t translate into the points needed to push it over the top.