The Tennessee Titans are NOT Locks to make the NFL Playoffs 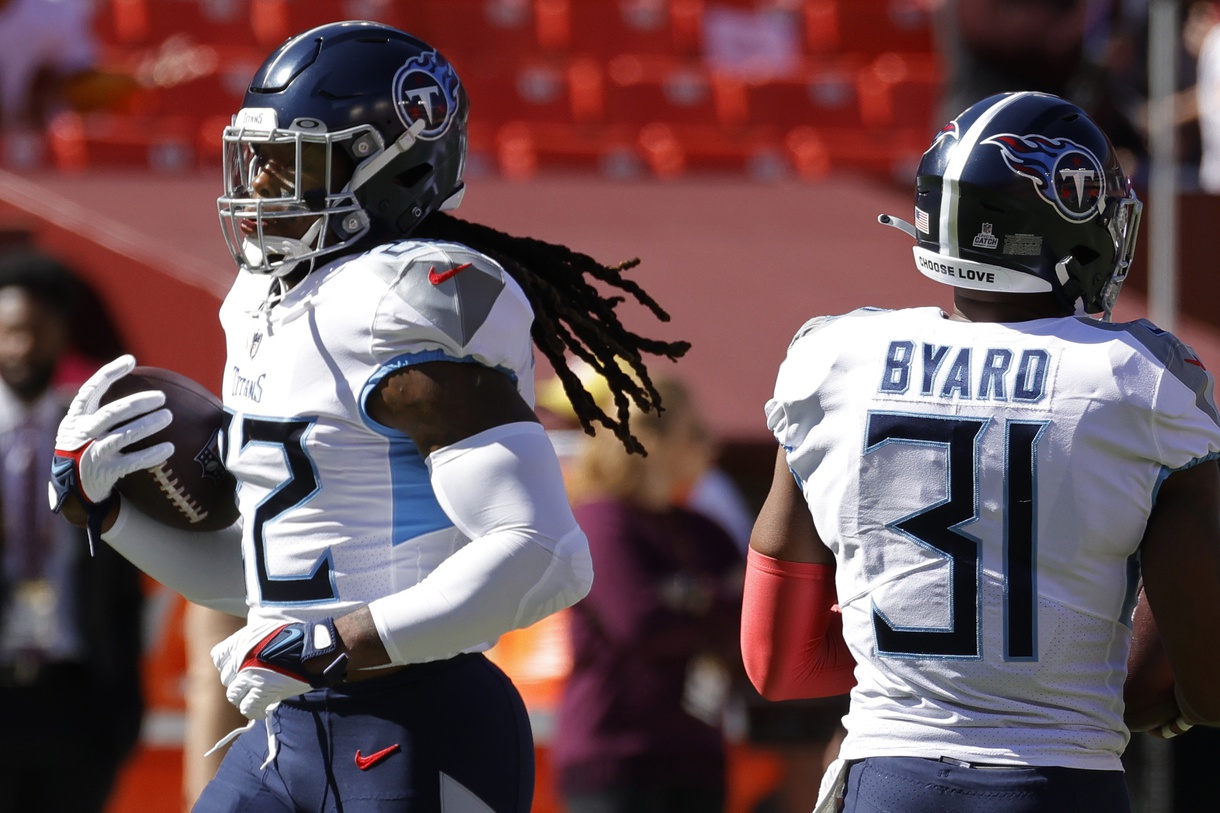 My how times flies! Eight weeks of the NFL betting season is already in the books with each conference’s playoff picture starting to take shape. As it stands right now, The Buffalo Bills and Philadelphia Eagles have earned the first round bye with each getting out to starts that should see them surpass their season win totals with ease. There are also some surprise entrants within the top-seven seeds of both conferences. Now is the perfect time to put every team’s odds of making or missing the playoffs under the microscope at PointsBet Sportsbook to see if there’s any sort of futures odds value to take advantage of. Here’s a list of teams you might want to think about adding to this season’s futures odds portfolio.

It just hasn’t worked for the defending champion Rams who sit in third place of the NFC West with a 3-4 SU record (2-5 ATS). Sean McVay’s squad owns a -39 point differential heading into Sunday’s crucial matchup with the also struggling Tampa Bay Buccaneers. The offense simply hasn’t been able to mimic last year’s success even with Cooper Kupp in tow, and it doesn’t look to be getting better anytime soon with last year’s receiving yards leader nicked up.

It’s likely to only get worse moving forward with LA owners of what was predicted by Sharp Football Analysis to be the second hardest schedule strength in the league. Their odds to make the playoffs will only get longer if they fall in Tampa. Strike now if so inclined!

For a team that’s managed just a pair of wins through eight tries, you’d expect its odds of punching a ticket to the second season to offer up a more attractive rate of return than 5.5 to 1. For reference sake, the Pittsburgh Steelers own an identical record yet the odds of Mike Tomlin’s team pulling off the same feat clock in at 20-1!

That likely has everything to do with the Jaguars playing in a much lesser division and it the only team in it that owns a positive point differential (+14). Jacksonville could just as easily be 6-2 as opposed to 2-6 with the team holding late-game leads in each of its last four losses before ultimately falling by an average of 6.0 points per game. I don’t think we’ve heard the last of Doug Pederson’s team just yet!

Shhhhh. Don’t let PointsBet linemakers know they’re handing out free money with this one! I mean seriously, what else do the Seahawks need to do to get the respect of oddsmakers? This team has come from out of nowhere to hold the lead in a division it was predicted to finish last in at the outset of the season. It’s gone 5-3 versus the NFL odds and is one of only two teams in the division that owns a positive point differential.

While the defense started out rough, it’s taken noticeable positive steps in the right direction over the last month enough to make me believe it’s good enough to help lead this franchise back to the postseason off a year hiatus. Geno Smith is up for an award. As are rookies Kenneth Walker III and Tariq Woolen. Provided the injury bug doesn’t ruin all the fun, I got the Seahawks going blow-for-blow with the 49ers for division supremacy with the looser likely to be a wild card entrant. Sure, I’ll take a plus-money return on that theory playing out - Thank you very much!

The Titans currently sit atop the wretched AFC South with a 5-2 record that’s seen them cover the closing number in every triumph. They won those games by an average of 5.8 points per game against the Raiders, Colts (twice), Commanders, and Texans. Not a single one is currently favored to qualify for the playoffs! We’re looking at a division leader with a -6 point differential that possesses glaring weaknesses on both sides of the ball.

Guess what, the schedule is about to take a major turn for the worse. It reads @Kansas City, Denver, @Green Bay, and Cincinnati over the next month and is then followed up by a three-game stretch that includes @Philadelphia, Jacksonville, @Chargers. Even with five wins already in the bag, PointsBet has Derrick Henry and his mates adjusted in-season wins total lined at 9.5. That means linemakers believe the Titz fail to split their final ten games. I agree with that sentiment!