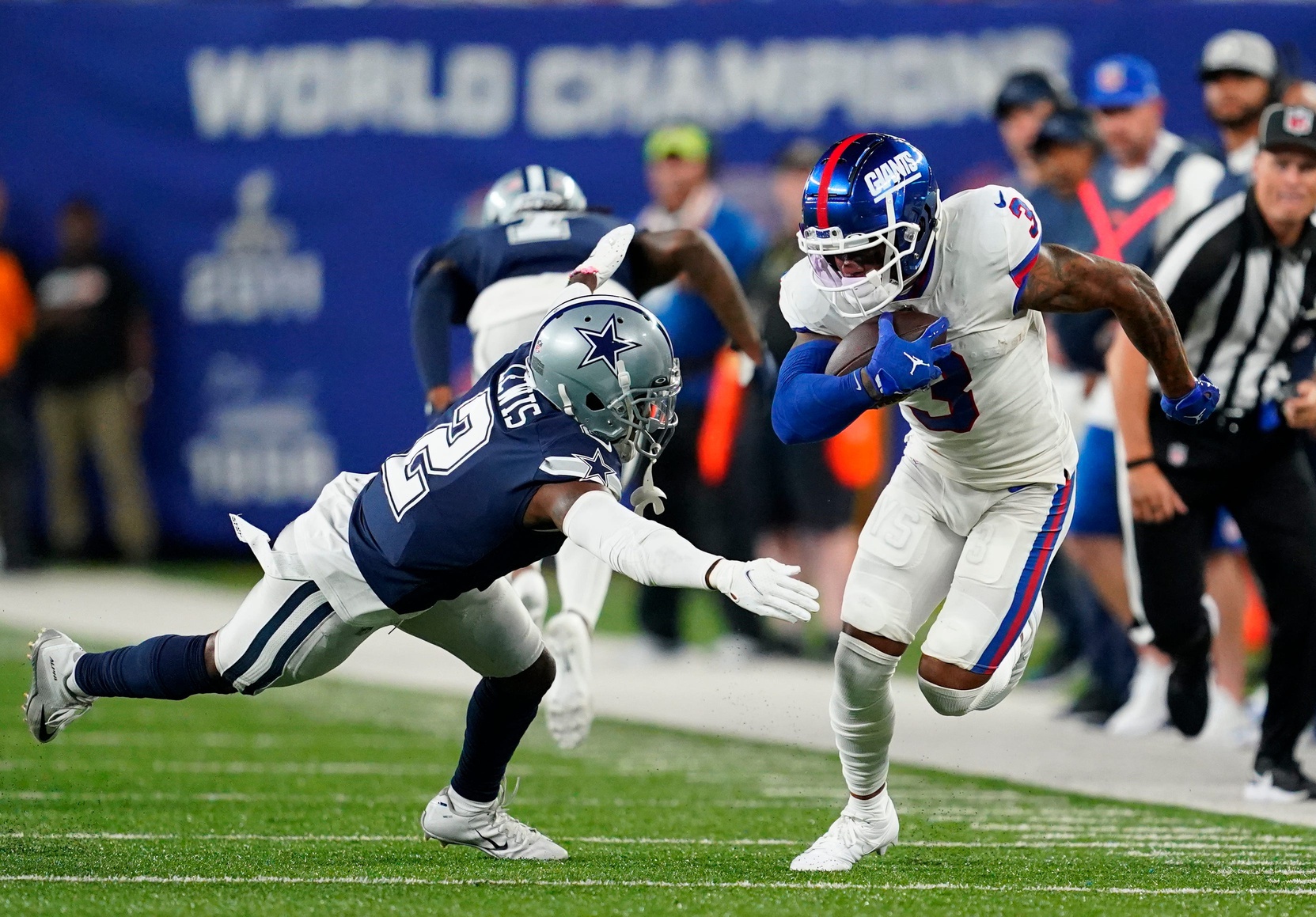 The annual holiday otherwise known as Thanksgiving has arrived with Roger Goodell serving up three standalone games for us to wager on and watch all day – Oh what a time to be alive! We got the Bills taking on the Lions in the Motor City. The Giants and Cowboys closing their regular season rivalry out in Big D, and the Patriots and Vikings closing the festivities out in the comforts of Minnesota’s dome – the game should be outside fellas! It’s November for crying out loud and we have no shot of taking in a snow game – boo! That won’t stop me from attempting to add to the bankroll by attacking each and every game from an O/U perspective. The following is what I’ve locked in at BetRivers Sportsbook – Gobble Gobble!

We came out winners hammering the high side of the total in the Lions last two games against the Chicago Bears and New York Giants. Everything comes in threes, so we’re going right back to the well and looking for Dan Campbell’s gritty squad to do enough scoring of their own to push the combined score of this game over the highest total on the Thanksgiving Day slate. Buffalo is bound to have a grand ‘ol time taking advantage of a Detroit stop unit that’s managed a grand total of 17 sacks (No. 28) while churning out a below average 29.2 percent pressure rate (No. 24) over the last month. Josh Allen is going to have all the time he needs to survey the field to find likely wide open wide receivers with Detroit’s secondary banged up and in extremely bad shape. Top cornerback Jeff Okudah has already been announced as out for this matchup due to a concussion.

The Bills have their fair share of injury concerns on the defensive side of the ball as well, and they haven’t gotten much in the way of pressure on opposing quarterbacks (No. 22 L/4 weeks) because of them. Jared Goff is likely to have a good amount of success throwing the ball into a Buffalo secondary that’s served up over 1,000 yards and 7 TD passes over the last four games. It wouldn’t shock me in the least if Buffalo went for 40+ in this matchup, but I also expect Detroit to get theirs as well which has their 20.5 team total also in play. If the first half plays out to a Buffalo romp, I won’t have any reservations about hitting the second half over with the Lions always showing a knack for getting back into games by hook or by crook.

The first meeting between these division rivals saw 727 yards of combined offense hit the box score with only 39 total points to show for it. Dallas had no issues going up and down the field on the Giants rag tag defense even with Cooper Rush navigating the controls. This time around, it will be Dak Prescott calling the shots and I’m expecting the Cowboys to hang a crooked number on a New York defense that’s been leaking oil for the better part of the last month. Wink Martindale’s stop unit had no answer for the 1-2 punch of Ezekiel Elliott and Tony Pollard in the first showdown with the duo combining for 178 yards while averaging 4.9 and 8.1 yards per carry, respectively. For the season, New York ranks No. 28 in rush DVOA and enters this tilt having allowed 427 yards, a 5.1 yard per carry average, and 9.9 yards per reception to opposing running backs over the last month.

To add insult to injury, the secondary is in dire straits with seemingly the entire unit coming up with some sort of injury. That’s likely to be music to the ears of CeeDee Lamb and Co. who will be in line for huge showings both from fantasy and player prop perspectives. As big an advantage Dallas looks to have, I still expect Brian Daboll to have his men ready to go to war. With that the case, the offense is going to need to rise to the occasion and I fully expect Saquon Barkley and Co. to take that challenge head on. The GMEN were able to move the ball on Micah Parsons and Co. the first time around, but ended up settling for way too many field goals. It ultimately cost them in the 23-16 defeat that never saw them penetrate the red zone a single time. That won’t happen this time around! The GMEN likely lose this game, but they’ll go down swinging and land a few body blows in the process.

Justin Jefferson is suffering from a bout of turf toe. Christian Darrisaw won’t be protecting Kirk Cousins’ blind side after getting concussed against the Cowboys last week. None of this is good news for a Vikings offense faced with the task of running up against the league’s No. 4 ranked defense that’s served up the second fewest points per game (16.9). As lock down the Pats have been on the defensive side of the ball, the offense has had all kinds of issues moving the ball and putting points on the board. It ranks No. 25 overall and scores an average of 21.3 points per game (No. 20). I have no faith in Mac Jones! Not even against a Vikings defense that’s allowed the second most passing yards to opposing quarterbacks by way of trotting out a pass rush with a middling pressure rate (No. 15) over the last month. I’m expecting to see a ton of Rhamondre Stevenson and Dalvin Cook in this one that allows for the game clock to melt away.