The NFC North Title is the Minnesota Vikings to Lose 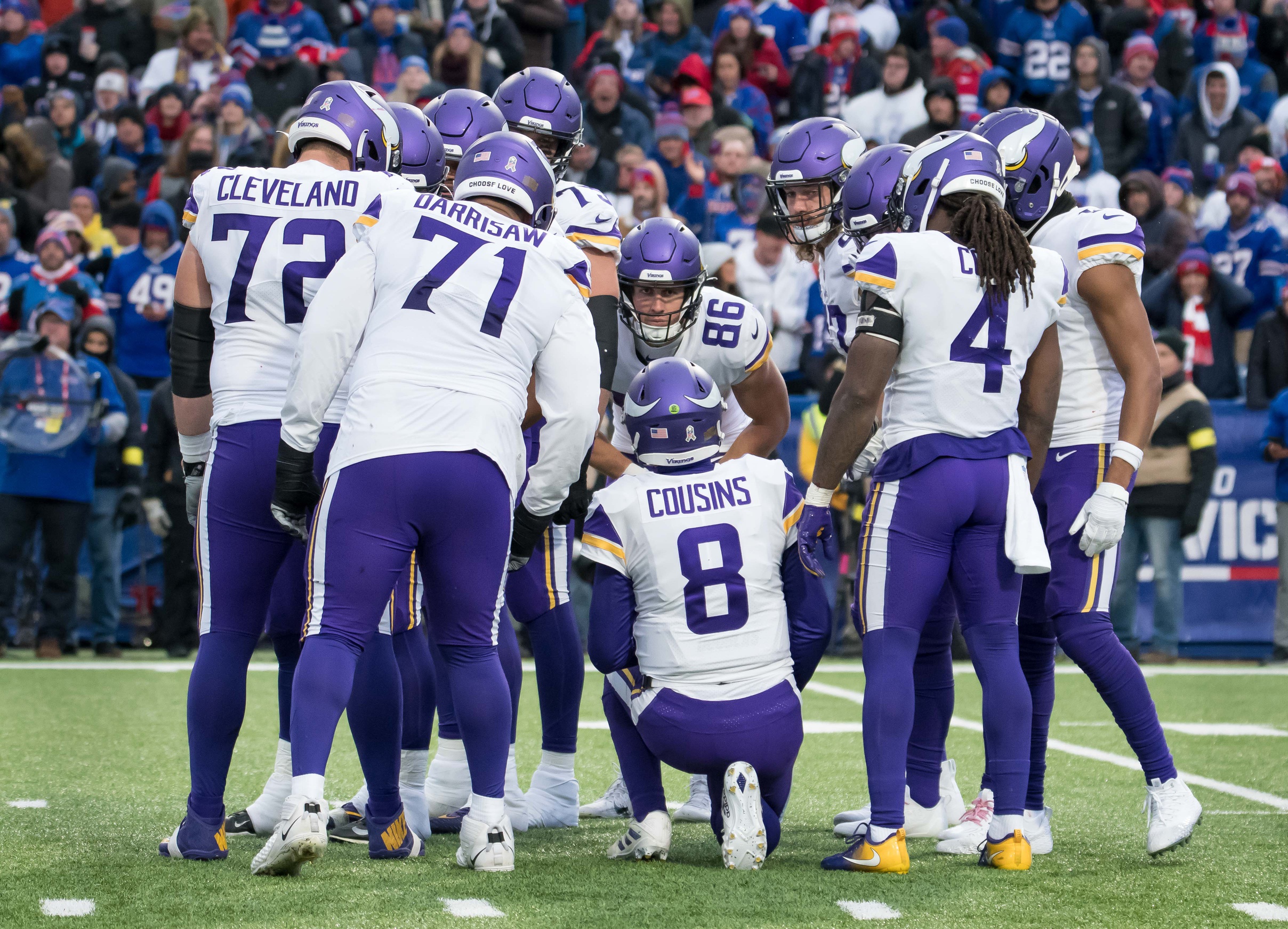 PointsBet Sportsbook has taken the stance that the Green Bay Packers and Chicago Bears have absolutely no shot of winning the NFC North with each team’s odds of doing so no longer on the board. I’d like to think the Detroit Lions have it in them to make a run at the Minnesota Vikings, but Dan Campbell’s squad sorely needed the Jets to hand the paper tigers a loss in the Twin Cities last week. It didn’t happen. The Vikings odds to win the division did however shorten up since last reporting, so the door is cracked ever so slightly for Detroit to make things a bit more interesting. Ultimately it will depend on how Sunday’s Week 14 tilt goes down in Motown. Even if Detroit holds serve, there just aren’t enough outs remaining for Jared Goff and co. to pull it off.

Either way, let’s put the futures odds under the microscope and see if any buying opportunities are there for the taking.

It would take a choke job of epic proportions for the Minnesota Vikings not to win the North for the first time since 2017 with it hitting the road one of only two NFC teams that’s stockpiled a double-digit win tally to this point of the season. It’ll do so having earned a pair of luck box wins and covers in a row against the Patriots and Jets in two games it just as easily could’ve lost outright rather than winning and covering in. If this team were a cat, it likely would’ve already extinguished seven lives through the first 13 weeks!

What more could Kevin O’Connell’s troops possibly have up their collective sleeve? We’re about to find out with Minnesota set to square off against the Lions in arguably its biggest divisional game of the year save for that season opener against the Packers.

The only thing left to truly be decided is whether or not the Vikings can snag the NFC’s No. 1 overall seed and the bye that comes with it. As charmed a season it’s been, I’d throw beer money investments on both the over 13.5 wins at a +150 rate of return as well as it snagging that top seed at +800. Should both the Eagles and Cowboys stumble the rest of the way, it’ll be theirs for the taking provided they close the regular season docket out strong.

The Lions drastic turnaround has been a sight to see! Had the game in Dallas not gone sideways in the fourth quarter and the offense not been able to put a single point on the board in the second half against Miami, we could be talking about a team that’s won six of its last seven. Heck, it could even be seven in a row had Dan Campbell gone for the jugular in the final minute against Buffalo on Thanksgiving Day! Regardless, Detroit’s back in the playoff discussion sitting 5-7 SU with games remaining on the docket against Minnesota, @Jets, @Carolina, Chicago, and @Green Bay. That’s how bad the NFC is as a whole!

Amon-Ra St. Brown and his mates are undoubtedly a rejuvenated football team that’s playing an extremely exciting brand of football right now. PointsBet is letting it be known just how improved a team it believes the Lions to be with it currently lined 2-point favorites to take down the division leading Vikings on Sunday after closing 6.5-point underdogs in the rival’s Week 3 skirmish in the Twin Cities. Is a change in venue really worth 8.5-points? I think not!

I’m already invested on the over of their 6.5-game season wins total. A wager I thought had no shot of cashing a month and a half ago. Not only do I think seven wins are a given, but it wouldn’t shock me in the least if eight or more ultimately get tallied. That’s how confident this team looks to be playing heading into Week 14! With that, I wouldn’t scoff at anyone hitting the over of their adjusted in-season 7.5-game wins total or taking a stab at the 5-1 offering to lock down a playoff bid. The NFC East will cannibalize itself over the next five weeks which could open the door for Detroit to bust through!