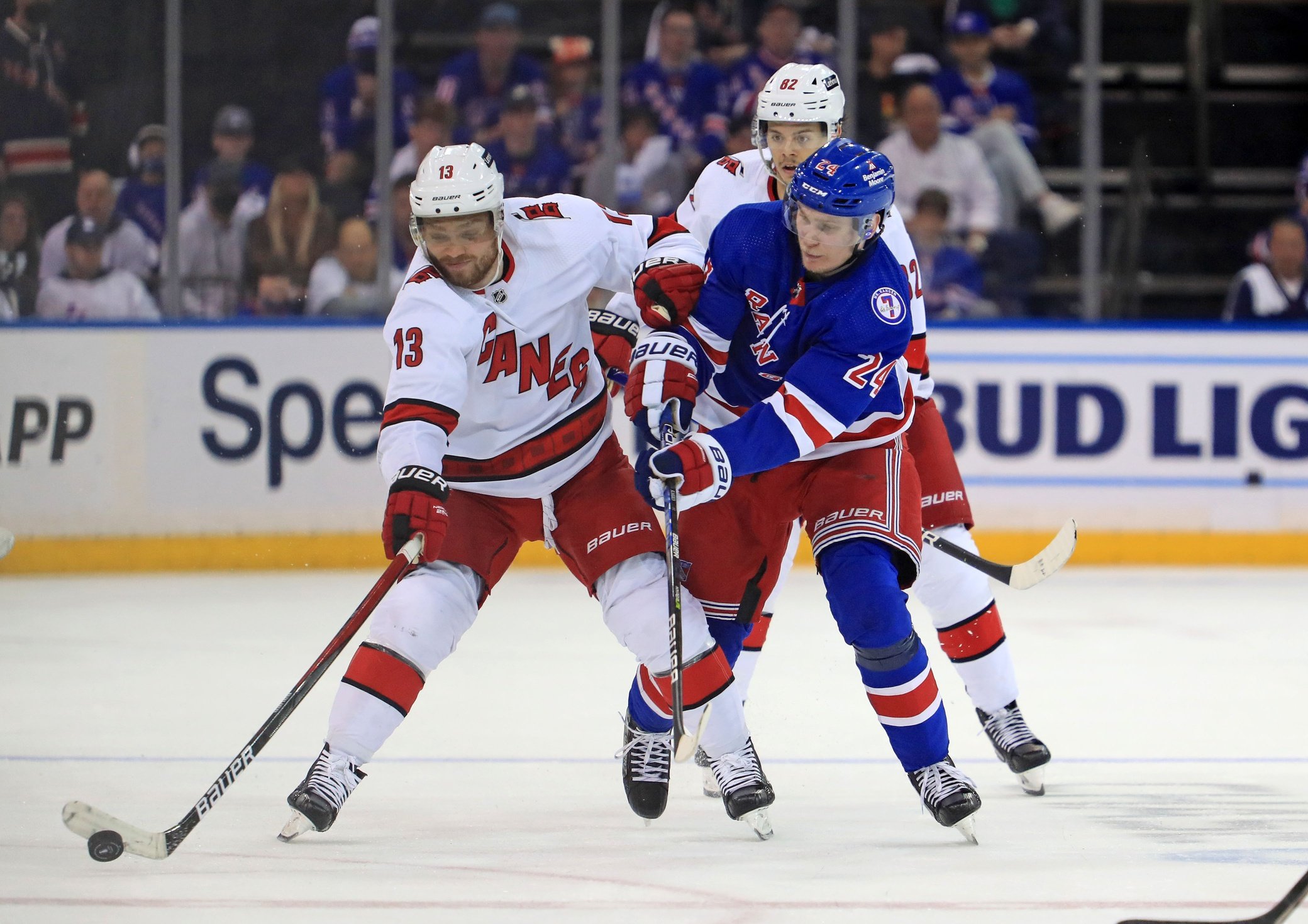 The teams battled to the final week of the regular season for the Metropolitan Division title so why would their second round Stanley Cup playoff series be any different. The Carolina Hurricanes finished six points better than the New York Rangers earning home ice advantage for this matchup and it’s paid off. A top NHL pick at home during the regular season, the Canes have yet to lose on home ice in the playoffs going 6-0 allowing just one goal in the two victories over the Blueshirts to start this series. The Canes will be favored at Sugarhouse sportsbook for Game 5.

As we anticipated at the start of the series goals have been hard to come by. Carolina and the Rangers finished at the top of the rankings for fewest goals allowed during the regular season, and after a brief lull in their first round matchups, they’ve both reverted back to form. The first three games of the series produced a combined total of nine goals with the Canes holding a 5-4 advantage. Thus the UNDER was a winner on the NHL betting line pick in each of those games.

The Rangers came back from a 3-1 deficit in the first round beating Pittsburgh three straight to advance. They found themselves in another must-win situation in Game 3. Following a pair of tough losses the Rangers used the recipe that got them 52 regular season wins: strong goaltending and clutch scoring in the 3-1 win.

There was a time in the Pittsburgh series likely Vezina Trophy winner Igor Shesterkin could have been pulled. He allowed 10 goals getting yanked in both Games 3 and 4. Gerard Gallant stuck with the man who led the NHL in GAA and save percentage during the regular season and like the team, Shesterkin rallied. He’s been stellar in this series boasting a 1.33 GAA and .956 save percentage through the first three games.

Carolina has been an NHL best pick in its recent matchups with the Rangers. With wins in the first two games the Canes improved to 8-1 in the previous nine meetings holding New York to two or fewer goals in seven of those contests. The run started with a three-game sweep in the 2020 bubble playoffs and continued this season with three wins in four regular season encounters. More proof that things for the most part tighten up during the Stanley Cup playoffs is that the first three games of this series played below the total with the losing team twice being the NHL pick against the spread.

The home/road splits for Carolina this postseason have been alarming. They haven’t lost a game in Raleigh going 6-0 outscoring Boston and New York in those games 22-7. Their loss in MSG in Game 3 dropped their road record this postseason to 0-4 where the Canes have been outscored 17-7. Since they have home ice advantage they don’t need to win an away game, but they better not lose a home contest.

We expect close games in the series but we also anticipate more scoring than what we’ve seen. Sure the clubs allowed fewer than 2.5 goals per game during the regular season but they also scored their share and both sides have a number of offensive weapons. They also played over the total in three of four regular season games with Carolina outscoring the Rangers 14-10 in those meetings. The Rangers got production from guys you’d expect in Game 3 with Mika Zibanejad and Chris Kreider each getting their first of the series and Adam Fox chipping in with an assist. Both teams were hot NHL odds picks in the first round with the Rangers going 7-0 against the OVER and the Canes going 5-1-1.

Home ice has been Carolina’s savior this postseason and it’s a tough environment for opponents. And the Canes aren’t too shabby winning eight straight at PNC Arena dating to the end of the regular season. Having the last change has helped with matchups keeping New York’s top scorers in check, and Antti Raanta has been phenomenal. At some point special teams will play a role. The teams combined for one PPG in 14 man-advantage chances in the first three games. Opportunities have been limited, but take advantage and the score increases. I like the Canes at home as my NHL consensus pick at Sugarhouse.