The Minnesota Vikings are Kings of the North 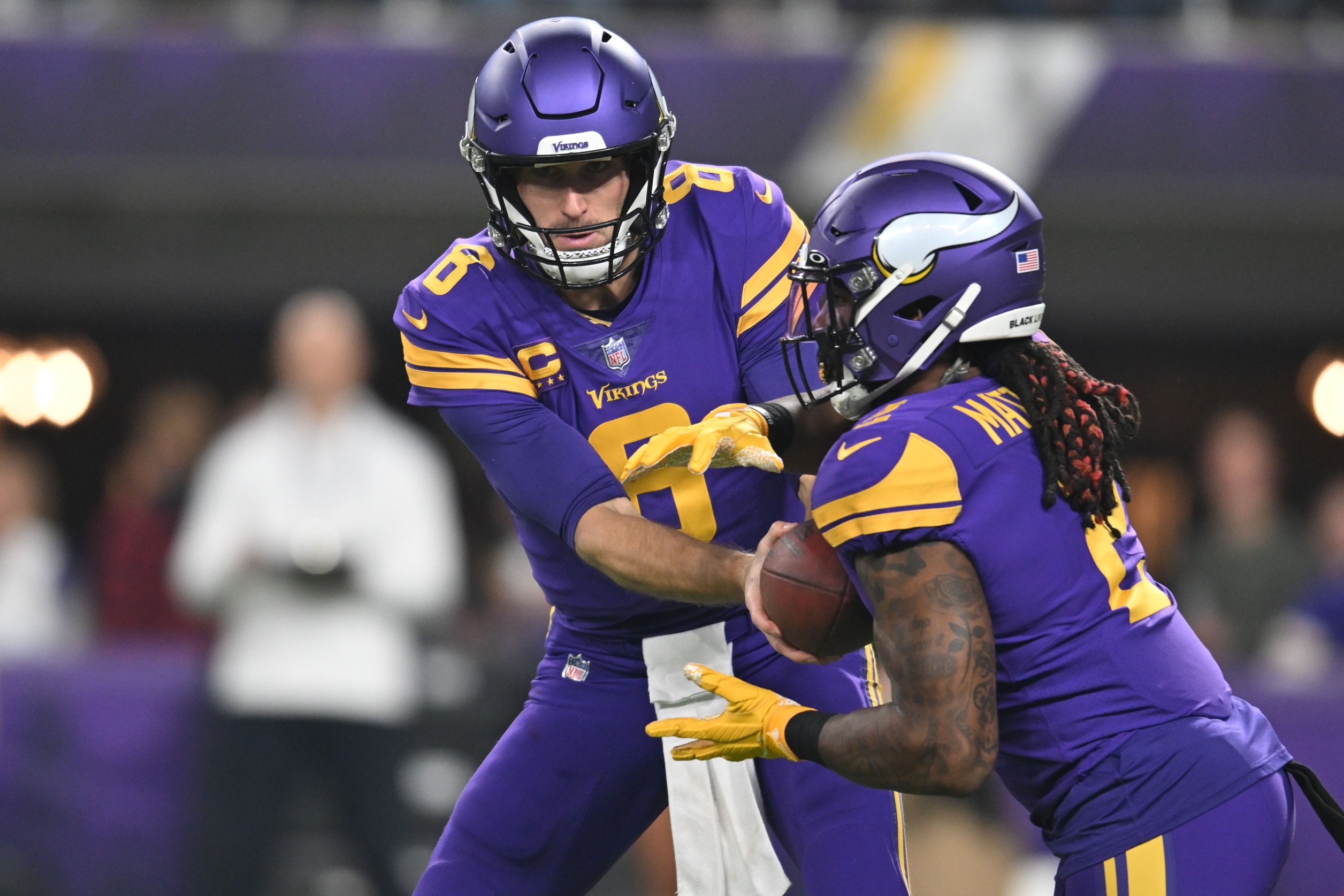 We’ve been tracking the futures odds to win the NFC North since Week 1. Heading into the 2022-23 NFL betting season, I was all over the Minnesota Vikings taking down the division as well as surpassing their 9-game season wins total odds PointsBet Sportsbook. After making a historic comeback against the Indianapolis Colts in Week 15, Kevin O’Connell’s Vikings are Kings of the NFC North for the first time since 2017 when Case Keenum, Jerick McKinnon, and Stefon Diggs ended up getting bounced in the NFC title game by the Philadelphia Eagles.

Do the 11-3 Vikings have it in them to see it all the way through and hoist the Lombardi Trophy? That’s a topic to breakdown at another time. Until then, let’s recap the care-free waltz we took back to the betting window to cash those tickets in after dominating the NFC North title odds.

The Vikings were my all-in targets to run away with division bragging rights before the season kicked off. For the life of me I couldn’t come up with a single reason why linemakers didn’t install them the odds-on favorites to get the job done at the season’s outset. Their gross error proved to be my gain after easily cashing a juicy +240 ticket!

PointsBet immediately discovered its error just a week into the regular season when their odds to win the North were cut in half after obliterating the Packers. Their odds fattened back up to +155 after Justin Jefferson and co. got their clocks cleaned by the Eagles, but quickly turned into chalk heading into Week 6 and then substantial -2500 favorites in Week 10 after rattling off a sixth straight win.

It was all she wrote from that point forward with the Vikings odds to win the division getting as high as -10000 before sealing the deal in that historic comeback win against the Indianapolis Colts. This team has treated us very kindly in 2022, so here’s to hoping that defense continues being the sieve that it is and allows NFL bettors to continue cashing in by fading them against the spread and hitting the over; that defense won’t allow for a deep run in the playoffs!

I still can’t believe I was able to cash in on the over of the Lions 6.5-game season wins total this past weekend. While I never felt Dan Campbell’s squad had a shot to compete for the division title, the team had more than enough in the tank to compete for a playoff bid in what I felt was the much lesser of the two conferences.

Jared Goff is playing some of the best ball of his career mostly due to a tremendous offensive line and cast of talent surrounding him spearheaded by Amon-Ra St. Brown. The defense has also turned it around dramatically over the course of the last few months. Of the teams whose playoff lives are still in question, Detroit’s +125 odds of qualifying are tied with Jacksonville as the shortest on the PointsBet board. I want this team in the playoffs. We should all want this team in the playoffs. Make it happen football gods!

The Packers still mathematically have a shot to qualify for the post season. That statement tells you all you need to know about just how big a false favorite to win the NFC North the Cheeseheads were heading into the regular season. Of all the futures bets made in the preseason, Green Bay not winning the North was one of my most confident. Cashing that under 11 wins ticket in before the calendar turned to December was euphoric!

Its odds to win the division were taken off the board in Week 12 after getting as high as 66-1. No is currently a -1250 favorite for Aaron Rodgers to miss out on second season festivities. The Pack needs to win out and still get some help just to qualify. This makes my heart whole being a diehard Bears fan!

The Bears were never competing for the NFC North crown entering the regular season. I put my money where my mouth was and hammered the under of their laughable 6.5-game season wins total. The 2022-23 campaign was all about fixing the franchise’s catastrophic salary cap, breaking in the new coaching staff, and allowing Justin Fields to spread his wings.

Boy did he ever after just becoming the fourth quarterback in NFL history to run for 1,000 yards in a season. While the team is locked into the cellar of the NFC North standings, I’m expecting dramatic improvement next year and will be looking to hammer the over of their wins total provided problem areas are cleaned up to my satisfaction during the offseason. Heck, I might even take a beer money flier on their odds to win the Super Bowl – Da Bears!!