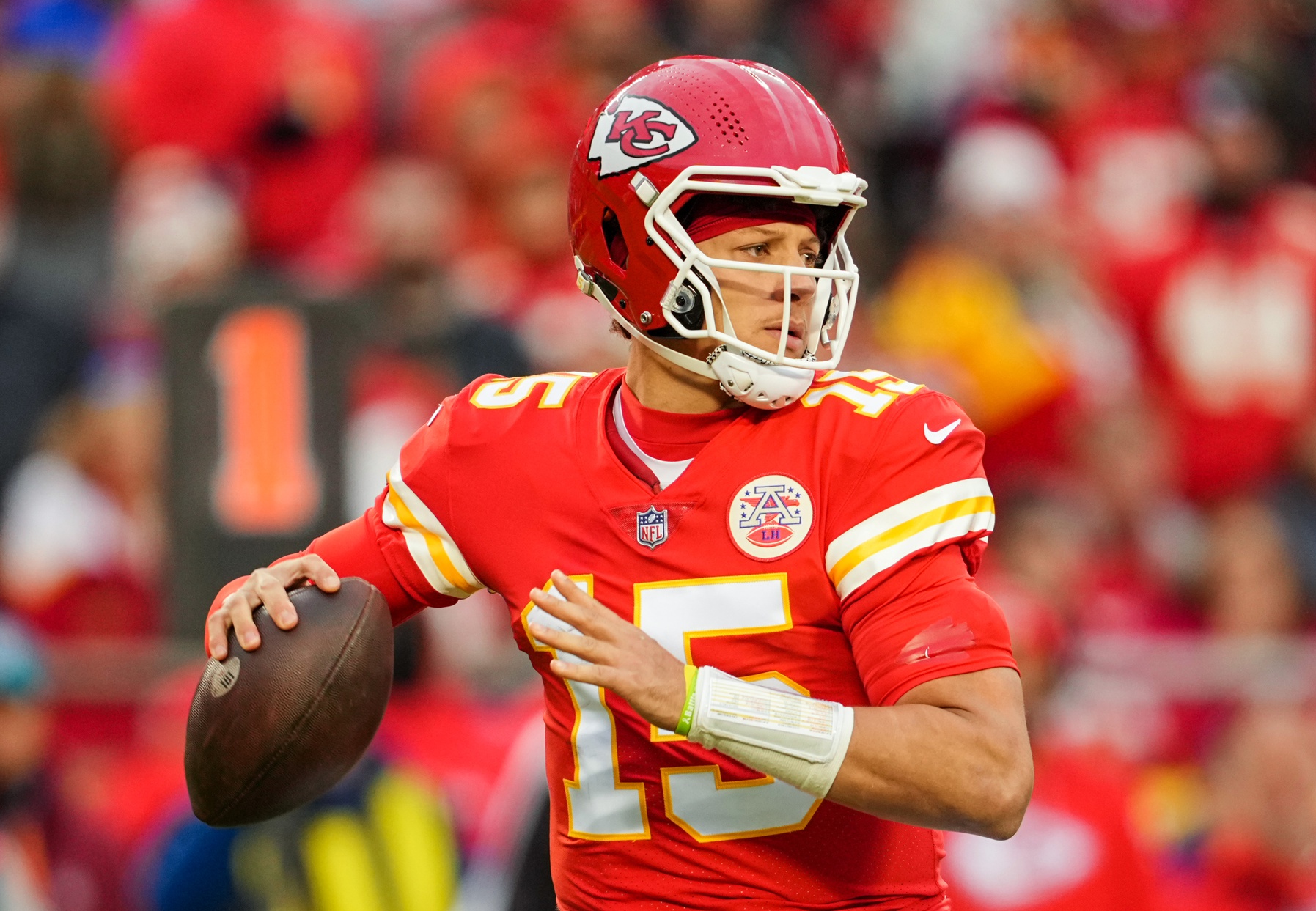 Linemakers at PointsBet Sportsbook look to be sold on the Kansas City Chiefs reeling in a seventh straight division title. The Los Angeles Chargers were the only obstacle in their way, but it now looks to be a foregone conclusion after sweeping the rivalry a few weeks back. As such, it would take a catastrophic fall from grace for KC not to win the AFC West. Let’s put the division’s current futures odds offerings under the microscope and see if anything is worth adding to the portfolio heading into Week 13.

Owners of an AFC-best nine wins, the Kansas City Chiefs have jumped from -2000 to -10000 favs to earn division bragging rights since last reporting. The Chargers look to be the only team that can catch them with only six games remaining on the docket, but KC busted the brooms out in that rivalry so it’s all but a done deal. The only remaining business to be decided is whether or not Andy Reid’s troops secure the AFC’s No. 1 seed and the first round bye that goes along with it.

Patrick Mahomes and Co. are currently installed -200 chalk at PointsBet to take home the spoils ahead of the Buffalo Bills (+225), Miami Dolphins (+1000), Cincinnati Bengals (+3000), Baltimore Ravens (+4000), and Tennessee Titans (+8000). It’s crazy to think, but the result of that wager could ultimately come down to what goes down this weekend in Cincinnati with the Chiefs set to run up against Joey Brrrr and the Bengals. Win that grudge match, and KC should coast to the AFC crown with @Denver, @Houston, Seattle, Denver, and @Las Vegas remaining on the docket. Lose, and it will open the door for the Bills to sneak through. Either way, it’s a foregone conclusion Kansas City wins 11 games so that preseason investment on over 10.5 wins is found money!

Los Angeles more than likely has no shot of securing AFC west bragging rights, so you’re better off taking a Bic to the funds you’d think about throwing on them to do so at 25-1. At least you’d be privy to a light show! Our only concern now is whether or not Justin Herbert and his mates ultimately find a way into the second season. That’s when NFL futures bettors could make a mint backing this schizophrenic team. As it stands now, the Bolts sit a single game over .500 at 6-5 and sit just on the outside looking into the playoff picture.

It’s got @Raiders, Dolphins, Titans, @Colts, Rams, and @Broncos remaining on the docket. So, these next three weeks will be crucial for the team’s ability to head back to the playoffs off a 4-year hiatus. “Yes” is currently -140 for the Chargers to punch a ticket to the postseason, and I’m not digging that rate of return. We’d get more bang for our buck by hitting the over of their adjusted in-season 9.5-game total instead at -110 juice. If this team is to qualify – which I think it ultimately does – it’s going to need to win 10 games at minimum. I give LA an excellent shot at doing so with only two of its final six opponents sporting winning records.

Since leaving the Silver and Black for dead when last reporting on the AFC West a few weeks back, Josh McDaniels' troops have gone on to log back-to-back overtime wins against the Broncos and Seahawks. That means we’re back in business to potentially middle the team’s pre and in-season win totals which stand at 8.5 and 6.5 respectively. Sorry, but I’m still not a believer in this team and don’t believe the switch has flipped for it to make a run at the playoffs. The under of 6.5 wins remains the -115 favorite in terms of the current adjusted wins total, and Vegas is still a -5000 choice not to make the playoffs. As much as I’d like to see Derek Carr, Josh Jacobs, and Davante Adams ball out over these final six weeks, I don’t think it’ll be enough to ultimately see it all the way through.

It’s crazy to think, but if the Broncos had just scored 18 points in its nine games played since last reporting on the team weeks ago, it would’ve stood 8-1 and in first place of the AFC West. Since then, they’ve dropped 22-16 and 23-10 decisions to the Raiders and Panthers. While injuries have played an impactful role in this team grossly failing to live up to preseason expectations, the coaching hasn’t helped. For one reason or another Nathaniel Hackett has survived to this point of a disgraceful 3-8 campaign, so it doesn’t look like he will be axed in-season. Regardless, we’ve already recouped our money after blowing it on over 10 wins by hitting the under 7.5 in-season a few weeks back. Now watch Russell Wilson and Co. win five of their remaining six games and really piss us off!