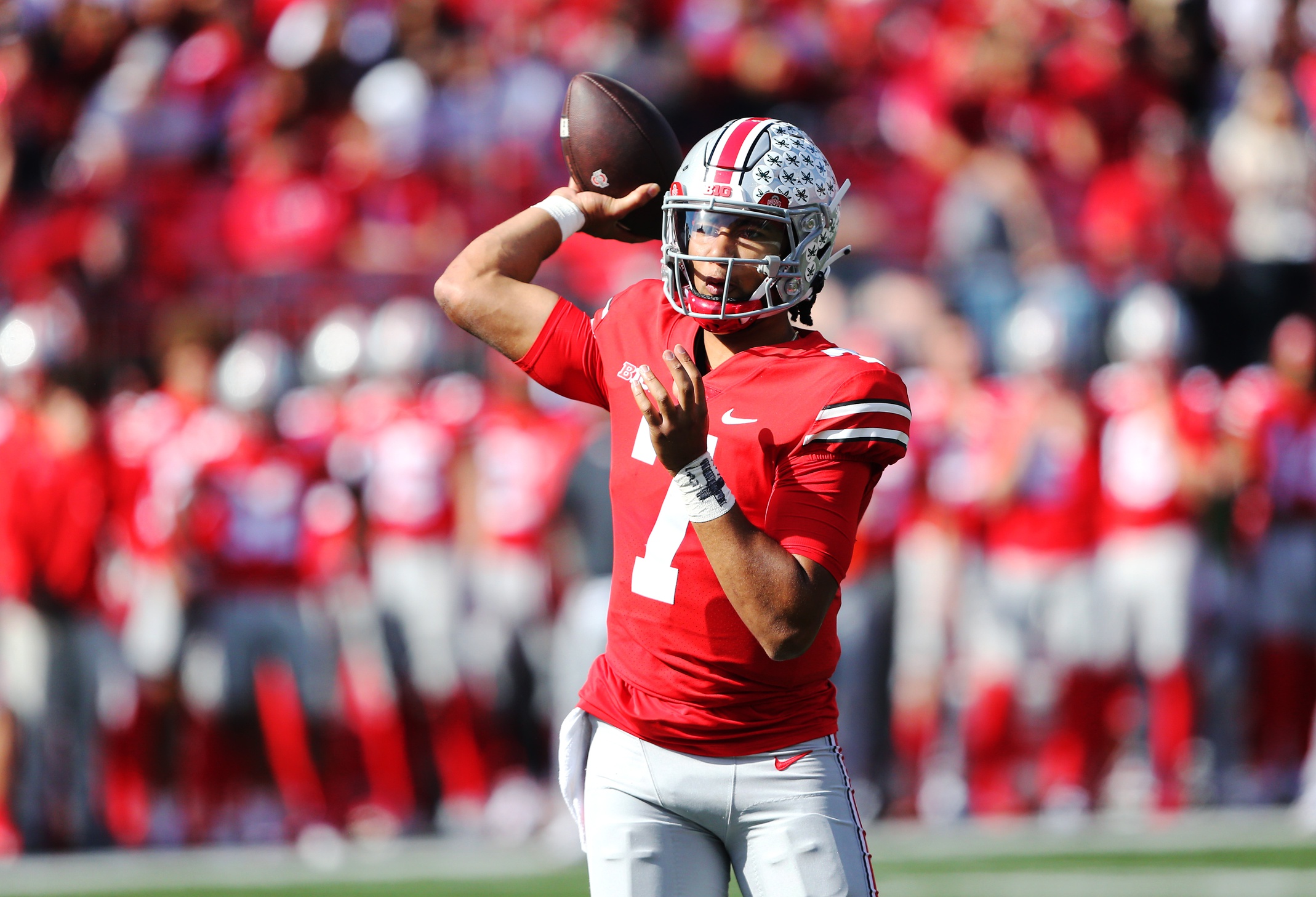 We’re now nine weeks into the regular season and the Big Ten title odds remain heavily slanted in favor of the Ohio State Buckeyes – the team far and away better than anything else the conference has to offer. While the Michigan Wolverines look to have a rock solid team at their disposal, I still don’t think it has the reinforcements to ultimately rattle off back-to-back B1G championships. Illinois and Purdue have proven to be the best the West Division has to offer, but they still pale in comparison to what the East brings to the table.

Let’s take a look at the futures odds of the top three teams atop the standings over at BetRivers Sportsbook and see if any require our attention.

I confidently laid the chalk with the Buckeyes to win this conference at the outset of the season. My price to get in the market clocked in at -210. The current price tag requires a $400 investment just to take home $100. That’s how dominant Ryan Day’s kids have been with it also sitting only in back of Georgia on the odds to win the national championship (+150).

Unfortunately, that’s how incredibly boring the college landscape has been in 2022 with both teams offering up less than 2-1 returns to win it all. It simply just speaks volumes about how loaded a team the Buckeyes currently has at their disposal. OSU has gotten out to a commanding 7-0 SU overall and 4-0 SU conference record by way of marching the nation’s No. 2 ranked scoring offense onto the gridiron and backed it up with the fifth ranked scoring defense (14.9 PPG).

There’s no reason I can come up with to waste bankroll betting against Ohio State winning the B1G or Stroud taking home the Heisman. It already feels like a foregone conclusion!

I love how J.J. McCarthy and Blake Corum have played helping spearhead the Maize and Blue to the 6th ranked scoring offense in the land. The former has taken over the starting job and run away with it transforming the offense into a confident bunch after getting out to a rocky start. The latter is in the running for the Heisman (+1000) after rumbling for over 900 yards and 13 TD while averaging better than 6.0 yards per carry.

Unfortunately, there’s a juggernaut in the division that it’s going to need to dispose of to have any shot of winning the conference, and I just don’t foresee it coming to pass. It’s also got a tougher schedule than OSU the rest of the way. Though three of the Buckeyes final five games take place away from Columbus, the Wolverines got potential blow up spots lined up at home against Michigan State, Nebraska, and Illinois.

If Jesse Minter’s defense continues to tote the mail like it has in allowing 17 points per game throughout Big Ten play, Michigan will no doubt have a fighting chance. I however think the output changes dramatically once it runs up against an offense with a pulse, like the Buckeyes!

A hat tip must go in the direction of Brett Bielema for returning a winning brand of football to the city of Champagne – it’s been a very long time. With a lone defeat incurred against Indiana the second week of the season in a game the Fighting Illini likely should’ve won, Tommy Devito and Co. still sit atop the West Division standings with five games remaining on the docket. Because of it, Illinois’ odds to win the conference title have plummeted from +10000 at the open to 16-1.

It’s gotten the job done by way of playing a menacing brand of defensive football that’s seen it allow 225 yards and only 8.9 points per game. Both outputs rank out No. 1 in the country! That being said, Illinois has taken full advantage of a cupcake schedule with the Wisconsin Badgers proving to be the toughest opponent faced to date.

Save for the nation’s No. 26 ranked rushing attack led by Chase Brown that’s churned out just under 200 yards per game, there isn’t much else to speak highly of. So you’re telling me that if Illinois does punch a ticket to the conference championship game, it’s going to be able to run all over the Buckeyes; or Wolverines for that matter?

I’d still need way more than 16x my investment to take that leap of faith!