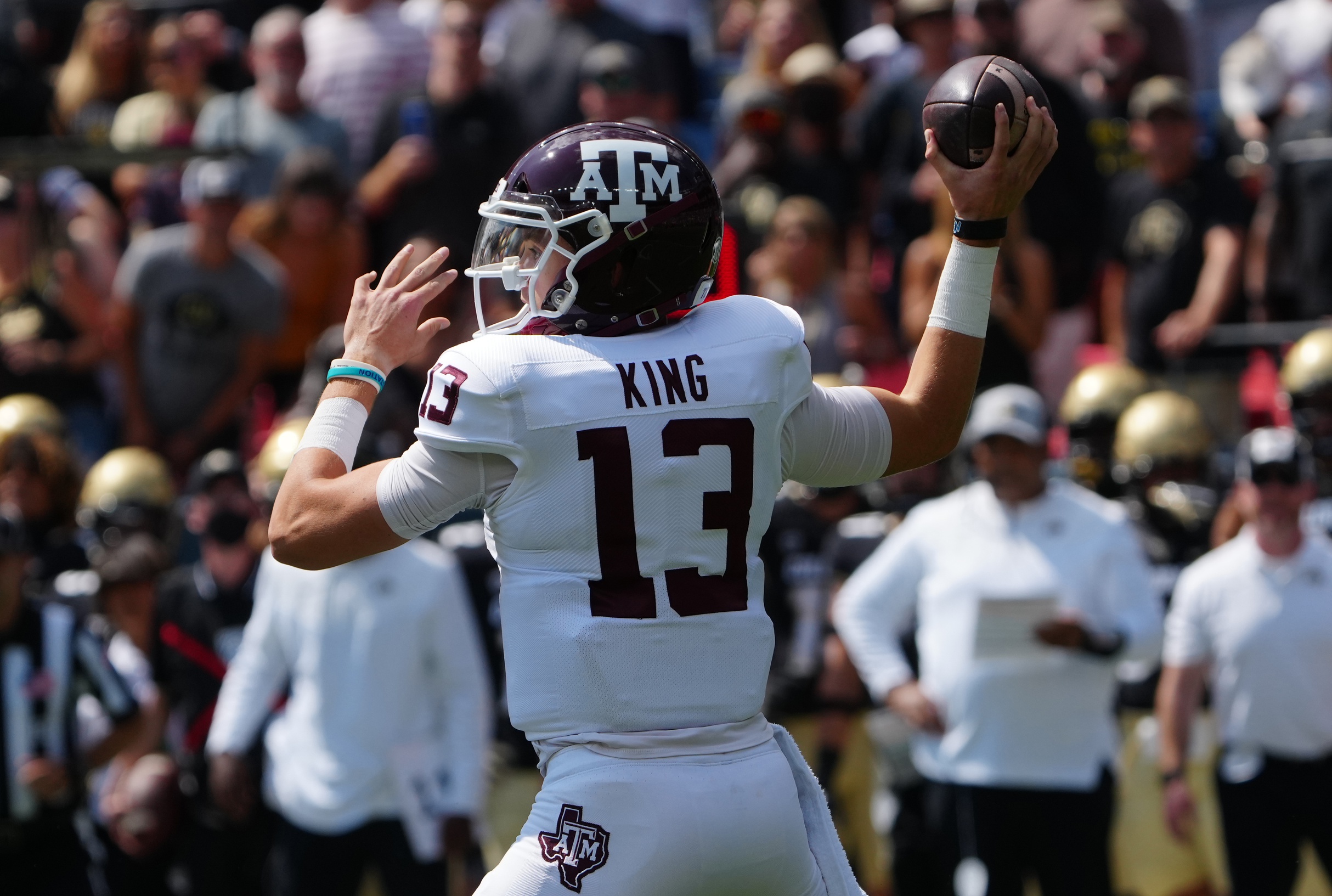 Alright Jimbo, let’s see what you got! On the heels of putting together one of the greatest recruiting classes in the history of college football – much to the chagrin of one Nick Saban - the Texas A&M Aggies are getting some love from linemakers at BetRivers Sportsbook with Gig ‘Em currently owning the fifth shortest odds to win the national championship (+2000). They also sit only behind Alabama and Georgia on the odds to win the SEC (+1600). Is this warranted? What have the Aggies done to this point to make college football bettors believe they have the intestinal fortitude to hang with the big boys and qualify for the program’s first-ever CFP invite? Yes, the recruiting class is said to be the nuts, but only a few kids will be suiting up and making an immediate impact for the Aggies this season. *Cough* Evan Stewart *Cough* Does the head ball coach have the chops to get his kids in the conversation as early as this season?

I’m not banking on it!

I get that Jimbo has a ‘Natti under the belt from his days in Tallahassee. While he’s churned out double-digit win tallies half of the 12 seasons he’s coached at the collegiate level, none of them have occurred while in College Station. The Aggies actually defeated Alabama last season yet still only managed to win nine regular season games. I question his big boy coaching chops. Sorry, not sorry! No, this isn’t the bitterness of someone that bought in last season - I promise ;)

Truthfully, better days are ahead for the Aggies. Jimbo’s one heck of a recruiter! But until he proves he can get his squad to the big money games, I have to fade the collective that thinks this year’s Aggies squad fits the bill. Lay the heavy chalk and fade A&M in what will be another disappointing campaign regardless of the amount of money the University and boosters spent to acquire what many a talking head deem the greatest recruiting class in the history of the sport.

The Aggies have managed to go over their season wins total only once since Jimbo bolted FSU to stake his claim in the SEC. That came in his inaugural season when A&M won eight games with a 7.5-game win total. It came up just short of going over its 7.5-game win total in 2019, and then grossly failed to live up to expectations a short season ago managing only eight wins with its number to beat going off the board at 9.5. The fact that this year’s win total hit the board at 8.5 tells me all I need to know. The market is simply utilizing wishful thinking with the belief the Aggies actually show up and don’t play .500 ball against conference opposition.

That being said, the schedule actually sets up very nicely for A&M to make some noise. The season kicks off against Sam Houston which should serve as the appetizer leading up to a likely more competitive matchup with the proud Mountaineers of Appalachian State. Then the fun starts! A home game against the No. 16 ranked Miami Hurricanes followed by a neutral site bout against SEC West rival Arkansas in “JerryWorld.” They’ll then hit the road for three straight against Mississippi State, Alabama, and South Carolina before returning home to oppose Lane Kiffin’s Ole Miss Rebels. What’re the rating gonna be for that trek to Tuscaloosa?!

Three of its final four games will be played in the comforts of Kyle Field against Florida, UMass, and LSU with the lone road tilt going down in Auburn. The team only leaves the state of Texas four times which means the other eight games will be played within the Lone Star State’s borders. Not a bad deal considering A&M’s only dropped four of 24 home games under Jimbo’s watch.

While the schedule certainly looks tasty, there are simply just too many question marks in every phase of the game for me to buy in. Yes, QB Haynes King looks to be a player and was just anointed the QB1, but he’s yet to show much of anything under center in his limited reps the last few years. I need to see more before I can be duped into buying stock. Call me unimpressed. Again, this isn’t about me being bitter about Texas A&M spitting the bit last season. Regardless of logging that win against Bama, A&M did bupkus against what ended up being a very manageable schedule. Show me you’re ready to play with the big boys. Until then, you’re a fade!