Target the Vikings, Giants, and Ravens as Week 14 Teaser Legs 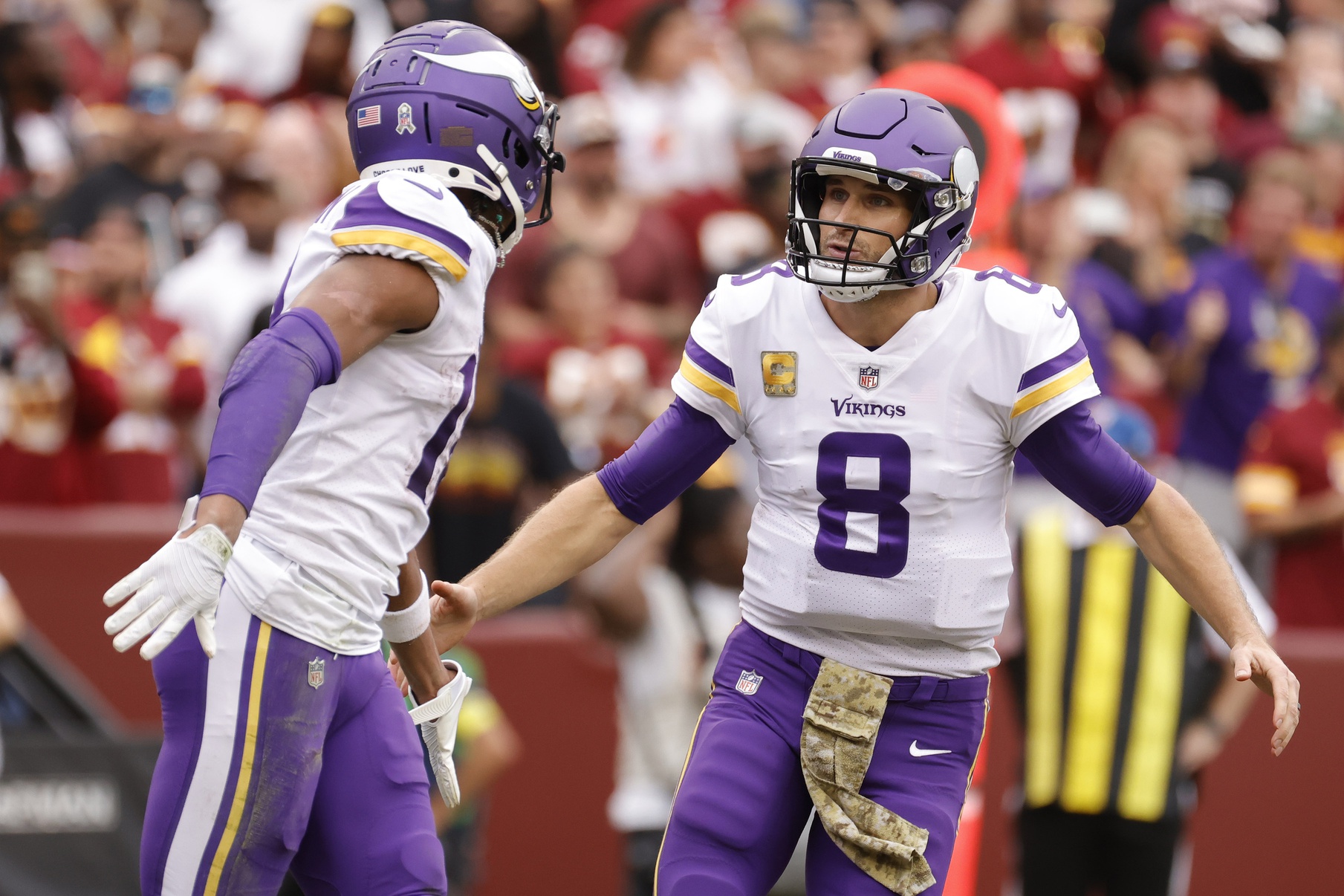 Negative regression was bound to hit with each of my last four NFL Teaser Leg articles sweeping the board. Though the regression monster ultimately paid us a visit in Week 13, we still came out ahead cashing three of the five overall suggestions. The Jets, Lions, and Bengals cruised to easy ticket cashes while the Ravens and Dolphins ended the winning streak. Lamar Jackson going down early and Tua Tagovailoa’s errant throws played huge roles. There are some juicy teaser spots over at PointsBet Sportsbook on the Week 14 NFL slate, so let’s get into it with the hope of sweeping the board once again.

I’m a huge fan of what the Detroit Lions have brought to the table in recent weeks. Never in my wet and wildest did I expect them to take the wood to the Jaguars the way they did last week regardless of recommending Jared Goff and co. as a teaser leg. However, it’s one thing to put a beating on a young up and coming team than it is to do it to the division leader regardless of how much a paper champion I feel the Minnesota Vikings to be. Kirk Cousins and his mates are without a doubt one of the more fraudulent teams in the league when you take into account the fact that it owns a +10 point differential through 12 played games. This is the No. 2 seed in the NFC folks!

While the lucky charm shoved up its derrière is sure to cost it at some point in time, I’m not sure it occurs in this spot against the lone team that can still challenge it for NFC North supremacy. While a longshot to occur, it’s still mathematically possible. Detroit had this team on the ropes when they crossed paths in the Twin Cities back in Week 3 but failed to land the knockout blow. I’ll pay up to see if they can do it this time around!

I’m interested to see how the Eagles come out after taking it to the Titans last week in a game it wanted to show out for new teammate A.J. Brown. At the same time, I’m also curious to see how the GMEN take the field after pissing away an enormous opportunity to solidify its playoff positioning versus the Washington Commanders. New York had no business playing to a tie let alone winning that game when taking a deep dive into the box score. I’m starting to think the Giants are simply just overmatched in one of if not the most competitive divisions the league currently has to offer.

This however is the first of a potentially nightmarish three-game road trip for Jalen Hurts and co. with the Bears up next followed by that huge Christmas Eve rematch against the Cowboys in Big D. A win here and next week paired with two Dallas wins would take most of the luster off that matchup. I don’t want that. You don’t want that. NFL fans and sports bettors don’t want that. So let’s go New York! Do whatever you have to do to keep this one competitive if not win it outright!

While yet to be announced as to whether Lamar Jackson will ultimately sit this game out, I’m attacking this matchup with the assumption that Tyler Huntley is under center when the Ravens storm Heinz Field to run with the hated Steelers. I get that Pittsburgh is on a mini roll right now with rookie QB Kenny Pickett looking like he’s finally starting to get it, but this game is still going to go down to the wire much like this rivalry does every passing season.

Pittsburgh swept the rivalry a season ago winning both matchups by an average of just 2.0 points per game. The year before that, the Steelers won both meetings by an average of 4.5 points per game. Six of the last seven standoffs held in the Steel City have been decided by a single possession or less. Huntley is more than capable of running the Ravens offense if in fact LJ is forced to miss. The game will be dominated by both defenses with points held to a premium, so let’s tease the Ravens over a possession and see how it plays out.