Tampa Bay the Best of the Worst in the NFC South 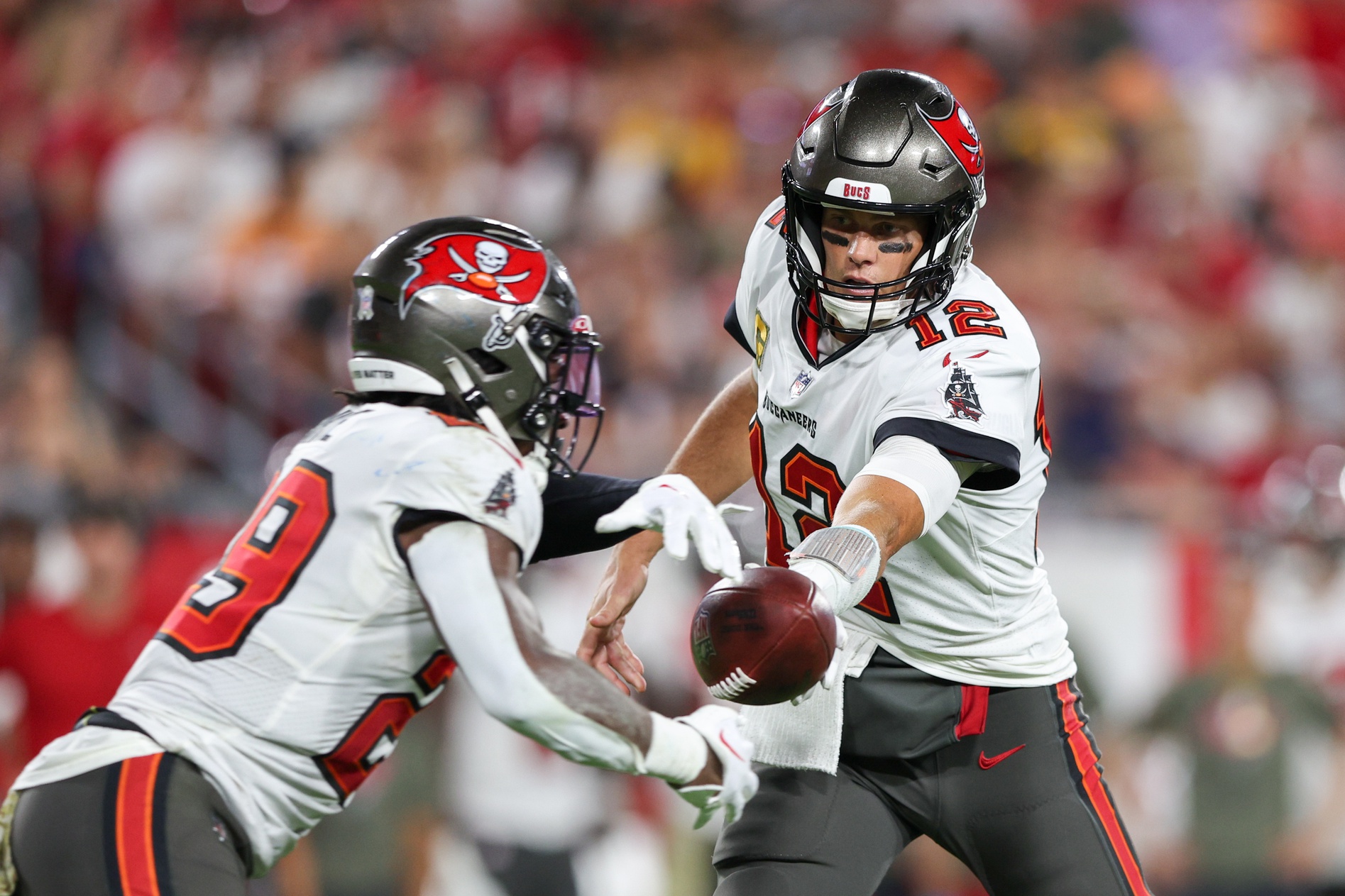 The NFC South has been nothing if not a dumpster fire since the 2022-23 NFL betting season kicked off. Not a single team owns a winning record heading into the tenth week of the season. Every offense has scored fewer points than the defenses have allowed. In other words, the division is the weakest of the conference and will likely only send one team to the playoffs come January. That one team was always likely to be the Tampa Bay Buccaneers who once again find themselves on top of the heap after coming out the lone victor in Week 9. Let’s break down the division’s current offerings at BetRivers Sportsbook and see if anything is worthy of being invested upon.

While the Bucs managed to pull one out against the Rams at home last week, the triumph was hardly impressive. It took Tampa Bay scoring the game’s final 10 points in the fourth quarter to pull out the ugly 16-13 non-covering win. In doing so, Todd Bowles’s squad moved to 4-5 and reclaimed the top spot in the division by way of holding the tiebreaker over Atlanta after getting the best of the Falcons back in Week 5 in a game it needed to hold on to win even after taking a commanding 21-0 lead into the fourth quarter.

I’ve already gone on record letting it be known that I pounded the Bucs under their 11.5 season win total before the regular season kicked off. I also recommended hammering Tampa to win this division a few weeks back when installed -110 favorites to do so. Should it get the best of the upstart Seahawks in Munich this Sunday, the window of opportunity will have been slammed shut of getting the most bang for your buck.

That being said, this team still doesn’t exude my confidence or linemakers evidenced by their adjusted in-season 8.5-game wins total. If Tampa falls to Seattle and Atlanta sweeps the season rivalry from the Panthers on Thursday night, another buying opportunity would surface. It might be your last chance to buy into Tom Brady winning this wretched division without being forced to eat a ton of chalk.

Another two weeks are in the books, and the Falcons still refuse to throw the football. Arthur Smith’s prehistoric offense continues throwing the ball at a 42 percent clip (No. 31), and it might even jump the Bears for the lowest percentage in the coming weeks with Cordarrelle Patterson now back in the mix. While it made a ton of sense to run the ball against the Chargers woeful run defense at a high clip last week, the end result still amounted to yet another one possession loss. Having alternated wins and losses in each of their last six games, the trend finds them coming out on top of the Thursday nighter in Carolina. I’m not sold on that occurring.

The Falcons are likely to flirt with a .500 record the remainder of the regular season before hitting the skids and ultimately finishing in second or third place. The next months’ worth of games are manageable against the aforementioned @Panthers, Bears, @Commanders, and Steelers, but the team will then be forced to take on @Saints, @Ravens, Cardinals, and Buccaneers following the Week 14 bye. Betting “No” to make the playoffs at -286 is a good bet. I find it hard singling out four more wins for the team to surpass its adjusted 7.5-game in-season total making the under attractive at a +123 rate of return. Negative regression has already started to hit the team, and I foresee it continuing. It’s only a matter of time until Desmond Ridder nestles in under center!

I’ve seen more than enough of Dennis Allen in his second go-round as a head coach to know he isn’t the guy. I don’t foresee his tenure as the head guy in the bayou lasting more than a season. Even with all the injuries he’s been forced to deal with, there simply hasn’t been enough consistency. The dude is simply just all over the place, and it’s reflected in the team’s poor 3-6 SU and ATS records. Known for being a defensive guy, the Saints defense has looked lost under his leadership as head coach. I’m already taking the “L” on my over 8.5 wins total bet, and want nothing to do with this team the remainder of the year with five of their final eight games to be played away from the Caesars Superdome.

For a second there, it looked like the Panthers just might throw their hat in the ring of the NFC South division race. Then they went out and lost to the Falcons due to D.J. Moore wanting the world to see his face after hauling that miraculous touchdown pass that should’ve won the game. Then they went out and got absolutely skunked by the Bengals after allowing Joe Mixon to go HAM. I’m already on the over 6 before the season kicked off and bought back in a few weeks back when their adjusted wins total clocked in at 5.5 with +149 juice attached to the over. It’s currently 4.5 with even juice on both sides. Carolina has taken enough bankroll away from me, so I’ll just sit back and pray they got four wins left in them. Lol, yeah right!