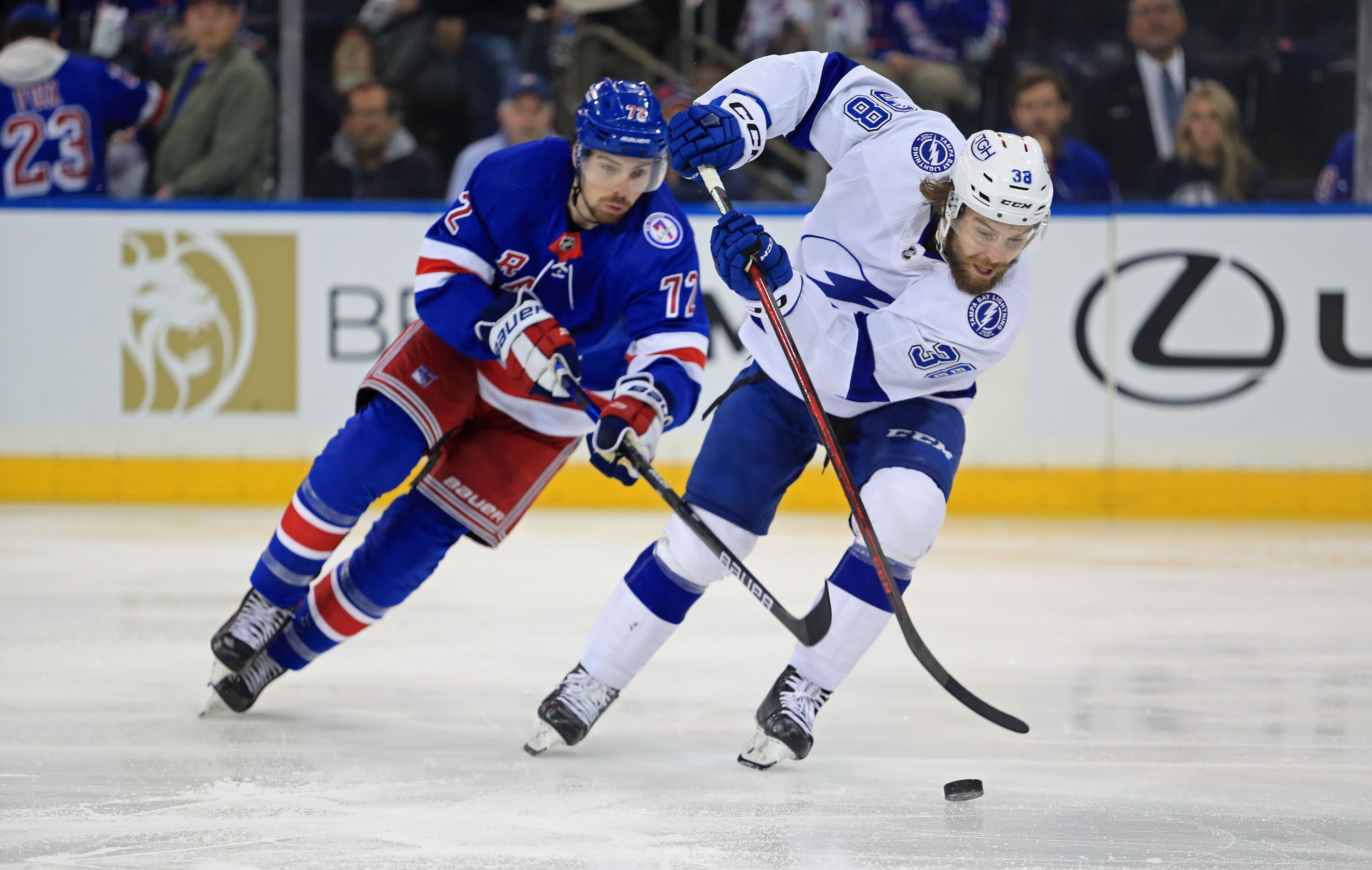 I’m sure the New York Rangers didn’t think beating the two-time defending Stanley Cup champion Tampa Bay Lightning was going to be as easy as they made it look in the first two games of the Eastern Conference final. And it wasn’t. Showing off their championship mettle the champs rebounded to even the series at 2-2 heading into Thursday’s pivotal Game 5. The Rangers have struggled on the road this postseason but they’ve more than made up for it at home as a top NHL odds pick with an 8-1 record. That hasn’t swayed oddsmakers, who installed the visiting team as a -134 favorite at Sugarhouse sportsbook for Game 5.

We expected a long series and we’ll get at least six games out of this one and most likely seven if things continue the way they’ve been going. The teams held serve on home ice and the Rangers are hopeful that works in their favor. You still have to go out and play the game regardless of where it’s taking place and the Lightning will need at least one win in the Garden to keep their hopes of a third straight Stanley Cup title alive.

Winning on the road hasn’t been a problem for the Lightning. They were 4-2 as an NHL betting line pick during the first two rounds, including a Game 7 victory in Toronto in the first round. But they were held to two goals in losing each of the first two games in New York getting outscored 9-4 to fall into an early hole. But like champs they responded getting a late goal from Ondrej Palat overcoming a two-goal deficit to win Game 3. Andrei Vasilevskiy looked particularly sharp in the last two games making 28 saves in Game 3 and coming within minutes of a shutout on Sunday finishing with 34 saves. “We have to find a way to win in their barn. We’re looking forward to that challenge, but I really like where our game is now compared to where it was couple of days ago,” Steven Stamkos said.

Strong defensive teams with great goaltending have made the UNDER an NHL best pick in this series and for both clubs in the postseason. Vasilevskiy bounced back from a disastrous Game 1 by allowing only six goals in the last three games while New York’s Igor Shesterkin has been equally sharp. The teams cashed the UNDER in the previous three games with Tampa Bay going 8-1 against the UNDER in its past nine and the Rangers 8-3 in their last 11.

One thing that could boost New York’s chances is the best power play in the postseason. Their lone tally in Game 4 came with the man advantage with Artemi Panarin credited with the Blueshirts’ 17th PPG in 18 games. They’ve converted 32.1 percent of their chances and have scored at least once on the power play in eight of their last nine playoff games. Mika Zibanejad leads the way with six power play markers while Panarin and Chris Kreider each have three.

Despite yielding three power play goals in the last two games, Tampa Bay has been strong on the penalty kill. They allowed just five goals in 41 shorthanded situations during the first two rounds and have killed 83.3 percent of their penalties this postseason. They won those games in spite of their PK woes and need to avoid giving the Rangers any momentum by taking costly penalties.

The home/road splits for the Rangers this postseason have been alarming. They were one of the best home teams during the season going 27-10-4 and they are a top NHL pick at the Garden in the playoffs boasting an eight-game winning streak since losing the opener to Pittsburgh. Over that winning streak, they’ve outscored opponents 35-16 while going 6-2 as an NHL against the spread pick. They will have to find their mojo after getting severely outplayed in Sunday’s 4-1 setback. They fell to 2-7 on the road losing the last two games in Tampa.

It’s hard to bet against the Rangers considering the dominance at home this postseason. And that run over Tampa extended to the regular season. New York won both meetings and has outscored the Lightning 17-5 on MSG ice. But, Tampa is the defending champs and they’ve risen to the occasion several times over the last three seasons. With Vasilevskiy getting back into a groove this is another opportunity for them and I like their chances as my NHL consensus pick at Sugarhouse.