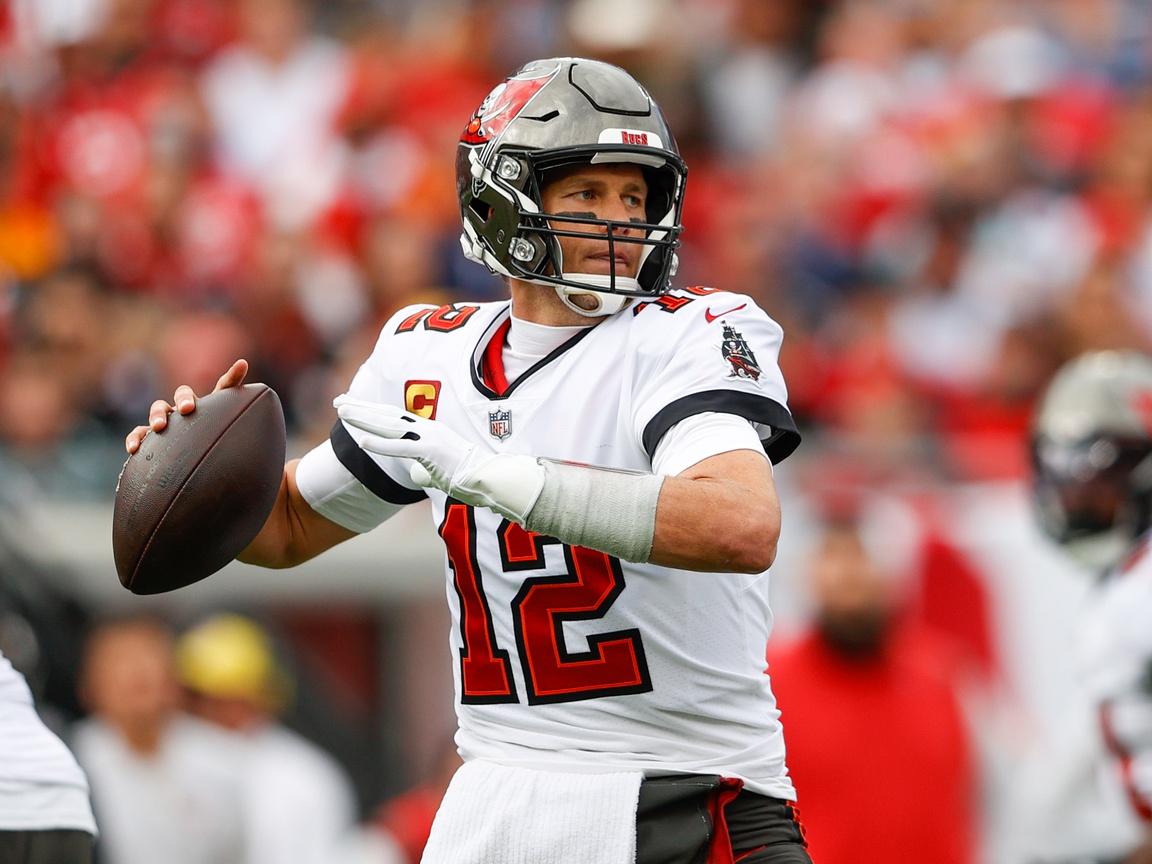 The Tampa Bay Buccaneers looked well on their way toward making another deep run in the playoffs late last season, but then the injury bug came from out of nowhere to derail those plans. It first sunk its teeth into Chris Godwin in Week 15, forcing him to miss the remainder of the season. It then targeted Leonard Fournette the following week. Though he returned for the Wild-Card win over the Philadelphia Eagles a few weeks later, his return saw the offensive line be forced to sacrifice stud OT Tristan Wirfs early in the match.

Tom Brady woke up one morning and decided to call it quits. He then woke up a few weeks later and decided he wasn’t ready to hang ‘em up. It was one of the strangest scenarios I’ve ever witnessed! Before NFL bettors could get over the fact that he wouldn’t be lining up under center for the first time since the turn of the century, he was back. Bruce Arians handed the reigns over to DC Todd Bowles. C Ali Marpet retired out of nowhere, but upper management still improved the O-Line by trading with New England for Shaq Mason. All the intangibles are there for the Bucs to again be one of the best the NFC has to offer.

However, I’m expecting some negative regression to pay them a visit in 2022-23 after winning all six of their games decided by a touchdown or less. This will also be the GOAT’s age-45 season and the injury bug hasn’t paid him a visit for quite some time. Personally, I don’t see much value backing either side of the team’s season wins total at FanDuel Sportsbook. It’s one of the highest currently on the board, and I have my doubts about the team’s success through the first month. I recommend holding off and firing on the over should it get out to 1-3 or 2-2 starts.

After tying the Green Bay Packers with a league-high 13 regular season wins and advancing to the playoffs, does it make any sense whatsoever for Tampa Bay to own one of the easiest schedule strengths in the league? That also proved to be the case a season ago after winning the Super Bowl! Looks like Roger and his schedule makers continue to put the “GOAT” on a pedestal. Regardless, the folks over at Sharp Football Analysis have the 2022-23 schedule ranking out as the 7th easiest overall.

Godwin is expected to miss a few games at the very least at the start of the season which coincides directly with the team’s toughest slate of games which finds them running up against @Cowboys, @Saints, Packers, Chiefs. As great Brady is, he’s going to need some time to acclimate with new pass catchers like Russell Gage, and TE rookies Cade Otton and Ko Kieft. This stretch of matchups could potentially put them in jeopardy of surpassing their lofty win total. Should that occur, it would halt a three season stretch of doing exactly just that after just surpassing last year’s 12-win impost in week 18.

With four of their next six games coming at home and the only two road games going off in Pittsburgh and Carolina, Tampa Bay will have an excellent opportunity to make up for a poor start should it come to fruition. Following the week 11 bye, four of the seven final games will be played on the road at Cleveland, San Francisco, Arizona, and Atlanta. The three home games will come against the division rival Saints and Panthers along with Joe Burrow and the Bengals. With the added benefit of getting nine home games – one across the pond against Seattle – Tampa will be in a position to go over its season wins total even if it scuffles early.

As such, I’d be looking to buy the Bucs on FanDuel’s readjusted win total market throughout the season’s first month. You’ll undoubtedly get a much better number should it only manage a win or two, and protect yourself from any unforeseen injuries incurred during that stretch. Personally, I’m not as sold on the Bucs as most other pundits out there. That being said, the schedule once again has them lined up for success, and they have Tom Brady lining up for them under center. The guy just continues to get the job done regardless of Father Time nipping at his heels. He just finished No. 2 in success rate and No. 4 in EPA per drop back for crying out loud!

So long as No. 12 is in the huddle, Tampa Bay will continue to be viable NFC title contenders and Super Bowl LVII favorites. But will his presence alone be enough to eclipse one of the league’s highest win totals? I’ll pay up to see if it is!