Super Bowl – The Origins of the World’s Biggest Game 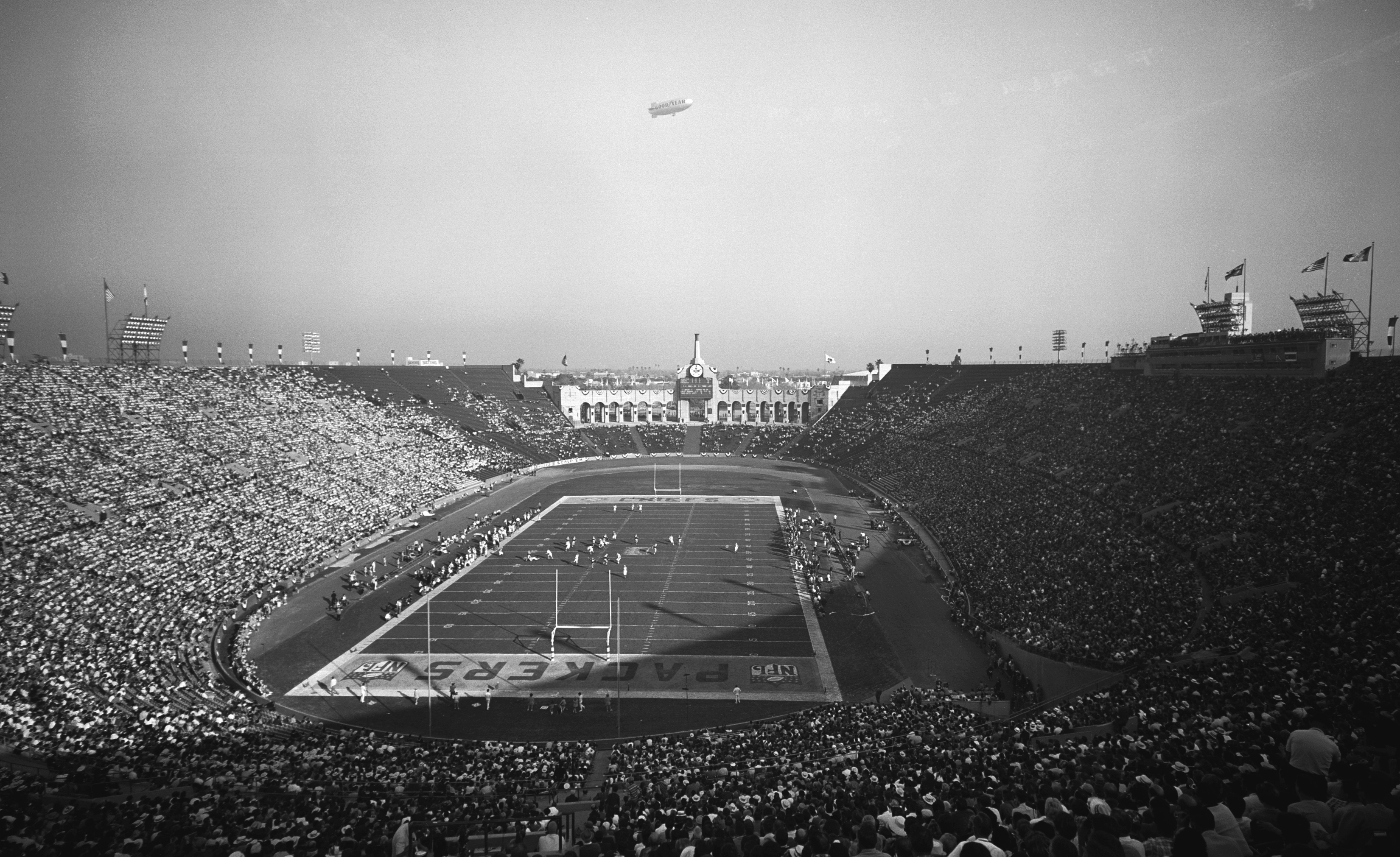 On January 15, 1967, the Green Bay Packers faced the Kansas City Chiefs in the first Super Bowl, then named the AFL-NFL World Championship Game. But the seeds for that historic day were planted in 1959 when a young Texas oil heir tried to buy an NFL expansion franchise. Lamar Hunt, son of Dallas oil tycoon HL Hunt, was not interested in his father’s business. Lamar’s passion was football. And he wanted to lead an NFL franchise in his hometown. But Dallas flopped miserably with the 1952 Dallas Texans, who fled to Baltimore to become the Colts after one miserable year in Big D. Further, NFL founder and Chicago Bears owner George Halas was in no mood to expand. Nor was NFL commissioner Bert Bell. The NFL politely rejected Hunt.

Lamar Hunt was dejected as he boarded his flight home. But as the plane took off, he had an experience that he equated to a light bulb coming on in his head. Lamar asked a stewardess for airline stationery and a pen. And then he went to work. Hunt decided if the NFL didn’t grant him an expansion franchise, he would form his own league. As he furiously drew up plans on that fateful flight back to Dallas, he knew who to call first.

Texas oil heir Bud Adams was the Houston version of Lamar Hunt. Except he was much flashier and bolder. But when Lamar asked to meet him in Houston, Adams agreed. And when Hunt asked Bud if he’d be interested in starting a new major football league, Adams enthusiastically said yes without hesitation.

Plans to launch the American Football League for a 1960 debut season began that previous summer. Eight franchises were born. The NFL and much of the media laughed and gave the league no chance. The odds of AFL success were considered such a long shot that its owners were derided as “The Foolish Club.” But the ABC network liked the idea and secured a 5-year TV package to televise AFL games.

The first few years of the American Football League were not for the faint of heart. Or for those short on cash. But Lamar Hunt’s father offered perspective after his son lost $1 million in his first season as owner of the Dallas Texans. HL Hunt said, “At that rate, he’ll be broke in 150 years.” In other words, the AFL wasn’t going anywhere.

Those early AFL years were a bath of red ink. Lamar painfully decided to move his team to Kansas City, despite coming off a 1962 AFL championship.

The NFL set out to kill the AFL by installing the expansion Dallas Cowboys to go up against the Texans in 1960. Neither team made money, and somebody had to go. The Cowboys quietly paid for Lamar’s moving expenses to KC and bought the Texans’ headquarters and training facilities.

“They Don’t Have to Call us Mister Anymore!”

In early 1964 the NFL signed a record-setting TV deal with CBS. But just when it looked like the AFL suffered a knockout blow, owner Sonny Werblin of the rebranded New York Jets used his entertainment industry connections to land an equally strong NBC TV deal for the AFL. At that point, NFL Pittsburgh Steelers owner Art Rooney told his sons, “They don’t have to call us Mister anymore.” The AFL was here to stay.

Those TV deals in both leagues only served to enable runaway spending. College prospects were being kidnapped, hidden, and paid sacks full of cash by owners of both leagues. The bidding war was on. Everyone gulped when Joe Namath signed with the New York Jets for $427,000.

Wide receiver prospect Otis Taylor was taken hostage at a Dallas hotel by the famed African-American scout Lloyd Wells of the Kansas City Chiefs. Wells promised that a brand new ruby red Ford Thunderbird was waiting in the lot of the team facility for Taylor along with hundreds of thousands of dollars. Wells pretended to be a Jet Magazine photographer and snuck Taylor out from under the noses of NFL spies for the next flight to KC.

The AFL-NFL War bidding war was reaching a pivotal moment.

After the Namath signing and Taylor caper, as much as they hated the AFL, NFL owners admitted that they hated losing money even more. In the spring of 1966, Dallas Cowboys president Tex Schramm called Lamar Hunt and asked to discreetly meet him at the Texas Ranger statue at the Dallas airport. They agreed it was time to talk merger.

But at this time, renegade former Raider coach Al Davis was named AFL commissioner. Davis started dropping nukes in the form of signing top NFL players such as John Brodie and Mike Ditka to futures contracts.

These actions responded to the New York Giants breaking the unspoken agreement between the leagues of signing each other’s players. When Big Blue signed AFL All-Star kicker Pete Gogolak of the Buffalo Bills, the lid blew off, and Davis declared total war. When Davis signed Los Angeles Rams quarterback Roman Gabriel, it was taken as a direct shot at NFL commissioner Pete Rozelle, who honed his craft as the Rams general manager.

Davis did not know about the secret talks between Hunt and Schramm. Fortunately for the pro-merger crowd, a deal was struck right before Davis would have destroyed any chance for an agreement.

From these improbable beginnings outlined on airline stationery by a jilted wannabe NFL owner, we now have Online betting Super Bowl activity that totals over a billion dollars. And the world’s most iconic annual sports event.