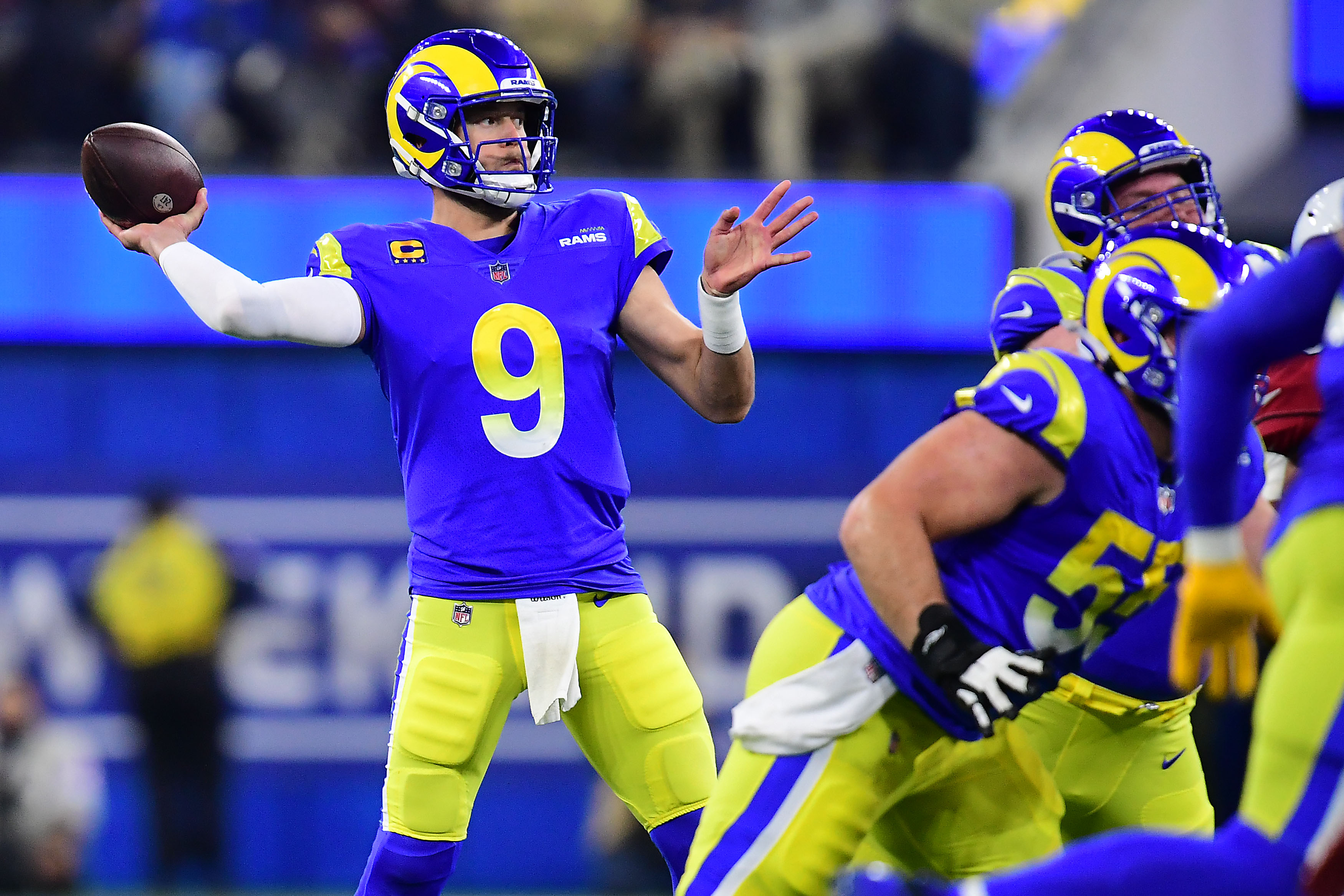 For most fans, it is not a big surprise that the Los Angeles Rams are in the Super Bowl as NFC champions.

Indeed, Los Angeles was among the top-tier favorites in the Super Bowl Futures market. However, the same can’t be said about the AFC Champion Cincinnati Bengals. The Bengals are the Cinderella story of the 2021 NFL season. And now that Cincinnati is in the Super Bowl, they have plenty of capable candidates that can win the MVP Award. With that in mind, let’s take a look at the Super Bowl LVI Most Valuable Player Award odds and assess the chances of the leading and underdog candidates.

On Sunday, February 13, 2022, the Los Angeles Rams will face the Cincinnati Bengals in Super Bowl LVI. The game will take place at SoFi Stadium in Inglewood, California. Kickoff time is scheduled for 6:30 p.m. ET with television coverage on NBC.

Los Angeles Rams quarterback Matthew Stafford opened as a +100 (even money) choice to win the Super Bowl LVI Most Valuable Player Award. Next on the board is Cincinnati Bengals quarterback Joe Burrow at +210. The third betting pick is Rams wide receiver Cooper Kupp at +400. And then, from there, the odds become much greater.

Stafford has emerged as a top story of Super Bowl LVI. After having nearly all of his career go to waste with the sad-sack Detroit Lions, LA head coach Sean McVay offered Stafford a lifeline last spring. McVay wanted a quarterback with a level of football intelligence so good that he wouldn’t have to be micromanaged. Thus, McVay traded Jared Goff to Detroit for Stafford. And it is proven to be a match made in heaven. Stafford is finally on a Super Bowl team at the tail end of his career. While McVay has a quarterback that he is completely confident in.

Of course, Stafford’s success in the 2021 NFL Playoffs hasn’t gone unnoticed. The Betting Public is flooding the window with action on Stafford to win the MVP honors.

The same can be said for Bengals quarterback Joe Burrow. “Joe Cool” is compared to Joe Namath for his demeanor under pressure. Burrow has wowed NFL gamblers with his exceptional post-season performance and beating the Kansas City Chiefs and their superstar QB Patrick Mahomes in the AFC Championship Game.

Cincinnati Bengals Evan McPherson has changed the image of kickers, perhaps permanently. McPherson has kicked the winning field goal in all three AFC Playoff games and is a stone-cold killer under the most intense pressure. That has not gone unnoticed by gamblers, and McPherson could again be the difference on Super Sunday.