Super Bowl – Squares Offer A Lot for A Little 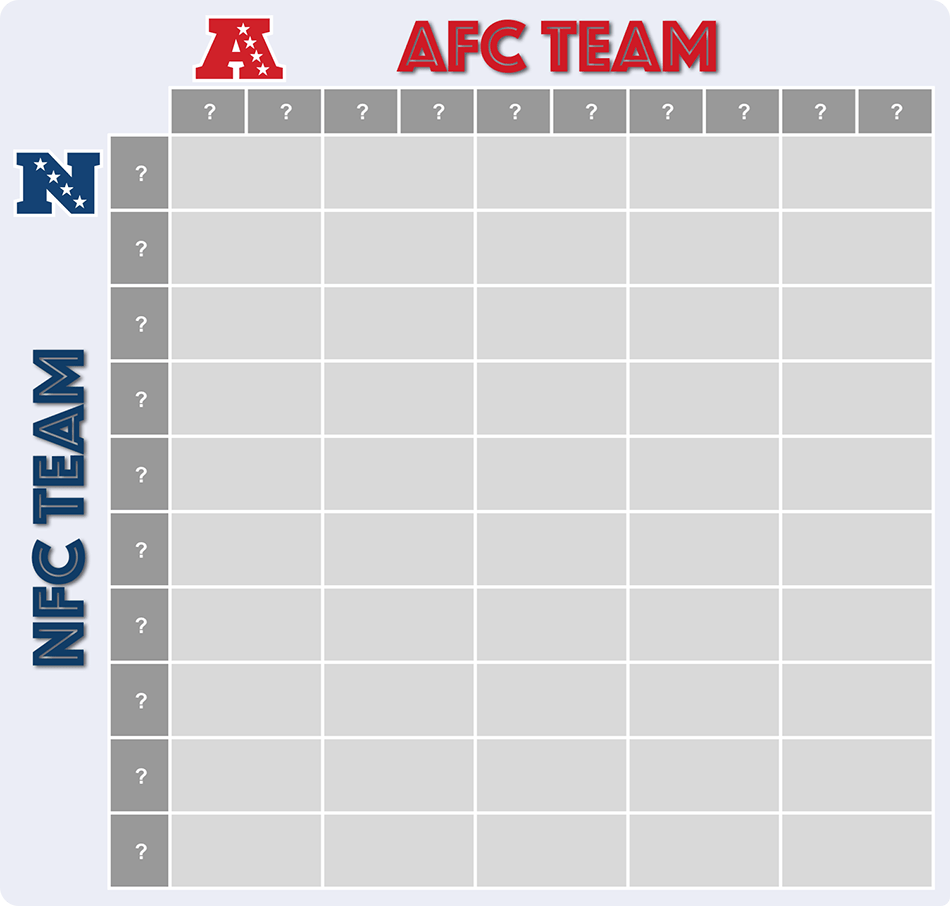 There is betting on football and betting on the Super Bowl. Anyone that has done both will tell you that they are entirely different endeavors.

Super Bowl squares are played by experts and novices alike. Sharps are not above buying a few squares just to enhance their more expensive action. The most sophisticated handicappers will purchase plenty of squares to add to the excitement of Super Sunday. And grandmas that never watch football will buy squares too, just for “entertainment purposes only.”

The beauty of squares is that everyone is equal. The biggest whale in Vegas has the same chance as the novice that never watches football. The Golden Rule of Super Bowl squares is understanding that it is all about luck. There is no science or strategy to it. And that is what makes everyone equal who plays Super Bowl squares!

Super Bowl Bets – Object of the Game for Squares

Odds to win the Super Bowl - How to Play Squares

Each square has a corresponding row and column number. At the end of each quarter, look to see if those two numbers match the end digits of each team’s point total. For example, after the first quarter, if it is Rams 10, Bengals 7, then the player with the square that corresponds with 0 for Los Angeles and 7 for Cincinnati is the winner.

The setup for Super Bowl squares is simple. A pool consists of 10 vertical columns and 10 horizontal rows thatched together and numbered from zero to nine. One Super Bowl team gets the columns, and the other gets the rows. Each of the 100 squares inside is purchased individually.

At the end of every quarter, the person whose square corresponds with the second digit of each team’s score wins (for example, a 14–7 score at the end of the first quarter pays out the owner of the square at row 4, column 7). Often, if a square is unowned, you can roll over the money to the next quarter.

The basic game is the most common version, but many pools add extra winning layers. The more chances to cash, the more fun a squares pool can be.

The most often employed addition to the standard game is winning on “touching” squares. This means the cells immediately adjacent to the winning square–both vertically and horizontally–also win.

You must have one of the two winning numbers to have a touching square. The prize is usually significantly less than the winning square for that quarter. Sometimes, it’s just getting your entry fee back. Touching squares can still occur if the winning cell is on the edge of the grid.