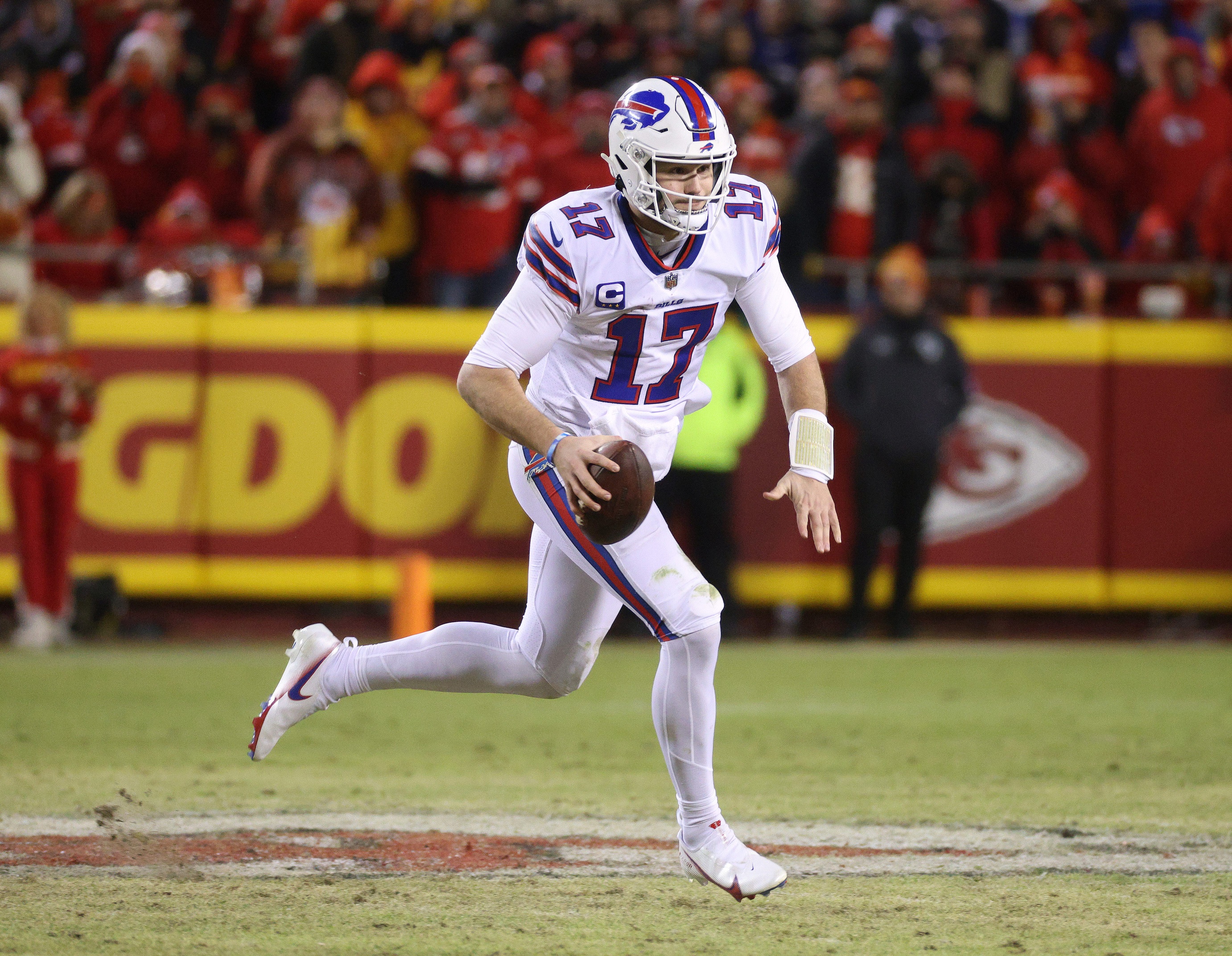 Super Bowl LVI has come and gone. The Los Angeles Rams are Super Bowl champs. Had you gotten in early once BetRivers Sportsbook opened its lines up to the betting public, you would’ve cashed a nice 12-1 ticket. The time to hunt for value on the Super Bowl LVII futures odds is now! Regardless of numerous teams still having holes to fill and undergoing coaching changes - there was a ton of the latter. With it still unknown what teams are going to do in the draft and free agency yet to begin, this is more an opinionated piece on certain teams that currently offer up value on the futures odds in my opinion. The purpose of this piece is to single out the teams whose odds are likely to shorten up come kick-off of the 2022-23 season. As such, here’s a very early take on the favorites, underdogs and longshots you should add to your betting portfolio right now.

The Bills have partaken in the wild-card, division, and AFC title game over the last three seasons. It was 13 seconds away from partaking in the conference championship game a second straight year. We all know how that played out. Even with Brian Daboll bolting for New York, Josh Allen is at a point in his career that he’ll excel regardless of who continues molding him. This is a team that’s won 10, 13 and 11 games over the last three seasons. The natural progression has them taking it a step further. There’s a reason they’re co-favorites to win the AFC.

Say what you will about Andy Reid choking away another substantial postseason lead, the dude is still one of the best coaches to ever roam the sideline. On top of that, he’s got Patrick Mahomes under center and a fantastic offensive line protecting him. The issues with the Chiefs stem from a defense that could lose a number of key playmakers to free agency in the offseason. Even so, KC’s win total will come out in the 11.5 to 12.5 range once again. Did I mention they have some dude named Mahomes leading the offense?

In an alternate universe, San Francisco held onto its 10-point fourth quarter lead against the Rams and went on to defeat the Cincinnati Bengals in the big game. Jimmy Garoppolo was voted SB MVP and the Niners added another Lombardi Trophy to their mantelpiece. In reality, Jimmy G will no longer be leading the offense next season. Instead it’ll be Trey Lance… I mean Aaron Rodgers. And Devante Adams will be added to play alongside Deebo Samuel and the Niners will possess the greatest offense the NFC has to offer. Hit San Fran now just in case this dream becomes a reality!

The story of the 2021-22 Baltimore Ravens can be summed up with this fact: A whopping 18 players remained on IR following their regular season finale against the Pittsburgh Steelers; a game they still only lost 16-13 in overtime. Regardless of the injury bug taking enormous bites out of the roster even before the regular season kicked off, Baltimore still had a shot of qualifying for the second season heading into Week 18. Guess what? J.K. Dobbins, Gus Edwards, Derek Wolfe, Marlon Humphrey, Marcus Peters and Lamar Jackson will all be healthy next season.

Think Brandon Staley won’t bite the hand that feeds him again? All he had to do was let the clock roll and the Chargers were headed to the playoffs. Hopefully he learned from that gross mistake! Either way, the other team based in LA is set up for success for the foreseeable future with Justin Herbert nestling in under center. The second-year NFL gunslinger just threw for over 5,000 yards and 38 touchdown passes. All his major offensive playmakers will be back along with his exceptional offensive line. If only the defense can figure out how to stop the run…

The offensive talent currently residing in Denver is obscene! Javonte Williams just wrapped his rookie campaign with over 1,200 scrimmage yards and seven combined touchdowns in a timeshare with Melvin Gordon. The backfield should be all his next season and I expect him to be one of the more clamored for running backs in fantasy circles. At wide receiver, the Broncos got Courtland Sutton, Jerry Jeudy and capable WR 3 Tim Patrick. The tight end position is locked down by Noah Fant. All this unit needs is a QB. Paging Russell Wilson. Russ are you there?

For all intents and purposes, the Steelers had no business qualifying for the playoffs this past season. The offense was simply pitiful, and it had everything to do with the offensive line simply being unable to open holes for their running back or keep Big Ben upright. Even so, Najee Harris still went on to rush for 1,200 yards and add another 467 yards catching passes out of the backfield. With improving the front wall high on upper management’s list of priorities this offseason, the unit should be vastly improved. Then there’s that whole QB issue with Ben retiring. Paging Aaron Rodgers. You like to play in cold weather, right?

This is likely a year or two premature, but you can’t stop me from touting my Bears now that Matt Nagy and Ryan Pace are out of the picture. In their place are another Matt and another Ryan; let’s hope the results aren’t one in the same. Either way, I’ve come away extremely impressed with the way the Bears took a page out of the Chicago Bulls book and put together a front office that seems to know exactly what it wants and how to do it. The addition of Luke Getsy at offensive coordinator has also been bantered about positively. Here’s to hoping he can mold Justin Fields into the assassin Bears fans are clamoring for.

Joe Judge was nothing if not an unmitigated disaster throughout his limited stay in the Big Apple. We’re talking of the Freddie Kitchens variety while in Cleveland. Only makes sense that the latter was on his staff a season ago. Though Kitchens was held on to be the OC this upcoming season, the change at head coach has me salivating over the prospect of the GMEN finally living up to the talent they currently have on the offensive side of the ball. Brian Daboll is an offensive genius. From calling plays to molding players into his vision. Don’t believe me, just look at what he did to transform Josh Allen into the beast he is today.