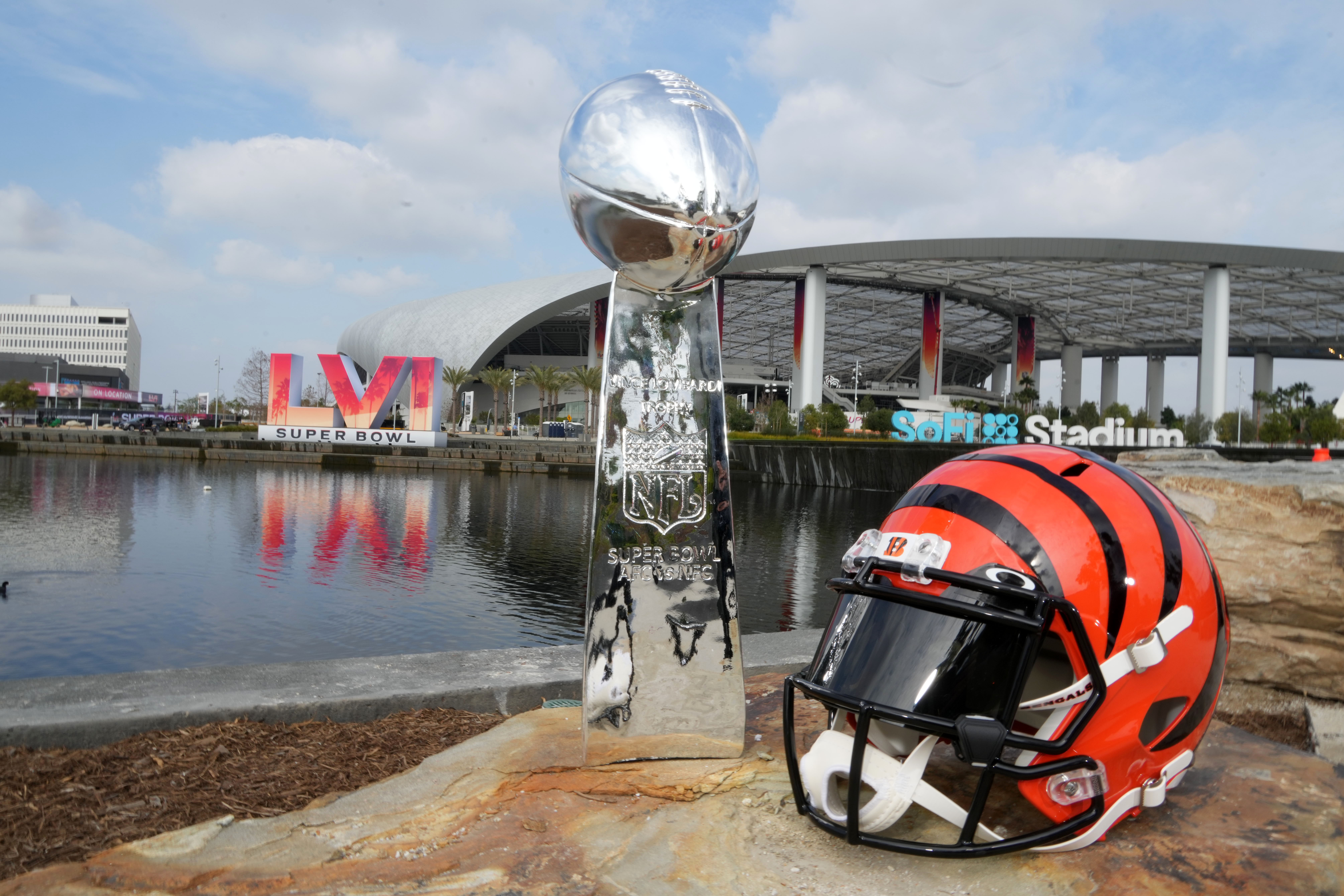 The Cincinnati Bengals punched their ticket to Super Bowl LVI by way of disposing of the Las Vegas Raiders at home and both the Tennessee Titans and Kansas City Chiefs on the road.

The effort put forth by Zac Taylor’s squad over the final 33+ minutes of the AFC title game was something to behold with the way it never gave up, fought all the way back and eventually won the game in overtime even though Patrick Mahomes and company got the first crack in the extra session. The effort finds the franchise in the big game for the first time since the late 80’s when there was this thing called the “Ickey Shuffle” going on. In other words, it’s been a loooooooong time since the “Who Dey Nation” got to see their team take the field for the big game. And for the third straight time these playoffs, those setting the betting lines have Cincy pegged as the underdog in this matchup; this time of the 4-point variety with the O/U coming in at 48.5. In order for it to pull the upset and send their futures odds backers into an endless night of celebrating, the Bengals offense is going to need to rise to the occasion. If this team goes down, it’s going to go down punching which has me eyeing a number of over and longshot investments when it comes to betting the team’s respective props. The following are prop bets placed with DraftKings Sportsbook that I’ll be rooting on throughout Super Bowl Sunday.

Why the heck not? Joey B will take the gridiron on Sunday knowing full well that he can become the first quarterback in NFL history to win a national championship, Heisman Trophy and Super Bowl title. And to think he could pull off the trifecta at the ripe age of 25 years old in just his second season at the NFL level – insanity! The kid is always calm as a cucumber in the pocket regardless of the fact that his offensive line allows a sickening amount of pressure on just about every drop back. It still hasn’t stopped him from throwing for 842 yards and 4 TD passes throughout the playoffs. In all honesty, he might have to throw for half that yardage to lead his team to victory in this one knowing full well Aaron Donald and Von Miller are lined up on the other side of the ball. Should Cincinnati ultimately go on to win the game, it’s hard to envision anyone other than “Joe Brrrr” hoisting the hardware come the game’s conclusion.

I faded Chase in the AFC title game and he didn’t disappoint. I knew Steve Spagnuolo was going to cook something up to keep the Bengals most lethal big play specialist in check. It ended up coming to fruition with the rookie pass catcher only going for 54 yards and a score on six receptions. Though likely to feel the wrath of Jalen Ramsey, Chase will still be Burrow’s heaviest targeted option; per usual. The Rams rank out with the No. 22 ranked pass defense that’s received the benefit of running up against the passing games of the Cardinals without DeAndre Hopkins and 49ers along with the Bucs minus Chris Godwin and Antonio Brown. With the Rams also needing to pay attention to Tee Higgins, Tyler Boyd and C.J. Uzomah should he be able to give it a go, there’s just too many Cincinnati pass catchers that need attention paid to them. With that, look for the rookie to make the most of the opportunity and shine in his first Super Bowl appearance.

While this investment forces us to eat -120 chalk, I think it’s imperative that Zac Taylor gets his stud running back going right off the bat. Los Angeles just so happens to boast one of the nastiest pass rushes in the league that’s spearheaded by none other than Aaron Donald. He eats quarterbacks for breakfast, lunch and dinner. In order for Burrow to remain upright and have enough time to peruse the field to get the ball into the hands of his talented receiver corps, the offensive line is going to need to open holes for Mixon to do some damage. Having gone for an average of 98.7 scrimmage yards in the playoffs, Mixon has the game to give the Rams stout run defense all it could ask for and more in this matchup. He’d own an even bigger advantage over Raheem Morris’ defense if the Bengals decide to hurry the offense up with regularity. Tiring LA’s front seven out quickly would do wonders for the offense’s ability to rack up yardage and put points on the board. When that occurs, you can bet your bottom dollar Mixon has a large hand in the overall output. At 45-1, I’d take a beer money flier on him winning the MVP as well!

What more can you say about this rookie out of Gainesville? The kid is either just that good or has no clue that he’s not supposed to be as good as he’s been over the course of the regular season and playoffs. Through three postseason tilts, he’s averaged 13.3 kicking points per game by way of connecting on all 12 field goal attempts and all four extra points. He nailed all four of his field goal attempts in the AFC title game which included the game-winner in overtime. And he did it without breaking a sweat en route to becoming one of the driving forces of this team. If he can go into Arrowhead and slam the door shut on the reigning AFC champs season, he can do the same in the Super Bowl with SoFi packed with celebrities and corporate types. A kicker has never once won the Super Bowl MVP Award. If McPherson plays a huge role as expected and adds a walk-off Super Bowl game winner to his resume, he’d have to be given some consideration. He’s currently ponying up a 150-1 return at DK, just sayin’…