Super Bowl – Lombardi Rides Off in the Sunset of Glory 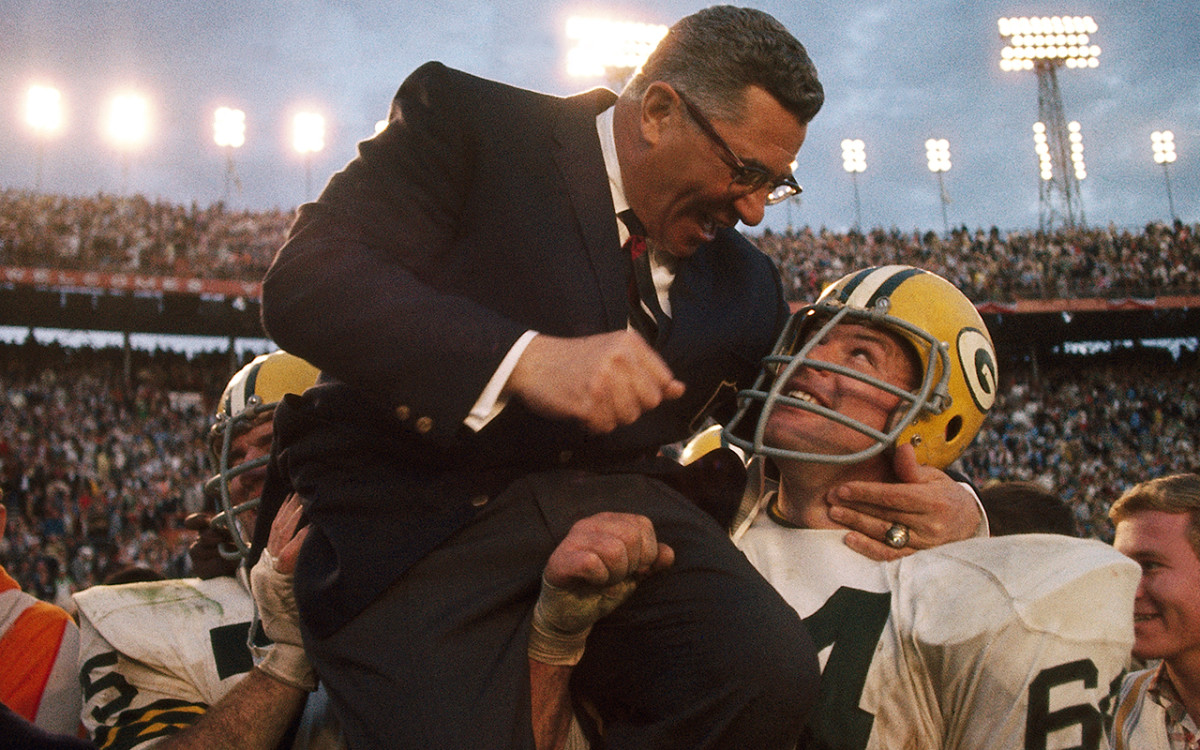 Because of the Packers' 35-10 win over the Kansas City Chiefs in the first Super Bowl, the betting public believed in their superiority as a 6-time NFL Champion. The Raiders were American Football League Champions and carried the stigma of being from the perceived lesser league.

Green Bay opened as a 13.5-point favorite even though this was the weakest Packers team to play in the postseason under Vince Lombardi. And Green Bay was going up against a Raiders team that impressed everyone, including Lombardi.

The famed Miami Orange Bowl hosted the game, which was sold out. Unlike the first Super Bowl, the second edition had its Florida location picked far in advance to allow fans to plan on attending.

CBS, the network of the NFL, provided TV coverage with the inimitable Ray Scott handling the play-by-play. Scott was a minimalist with such typical play calls as “Starr. McGee. Touchdown.”

In those days, CBS assigned specific play-by-play men to each team. The state of Wisconsin revered Ray Scott, and the rest of the country loved his style. Scott earned the recognition that he so richly deserved in 2009 when he was on the Top 50 Sportscasters of All Time list. Additionally, Scott received the posthumous honor of the Pete Rozelle Radio-Television Award from the Pro Football Hall of Fame. And he is in the Green Bay Packers Hall of Fame.

The Green Bay Packers overcame numerous injuries and an aging roster to go 9-4-1 in the regular season. In the divisional playoffs, they ran over the visiting Los Angeles Rams 28-7. Following that was the famed Ice Bowl, the coldest game ever played, with the Packers prevailing at the end 21-17 over the Dallas Cowboys. As a result, Green Bay clinched an unprecedented third consecutive NFL Championship. But it was a draining season. The accomplishment was only possible from head coach Vince Lombardi’s demanding drive, which nearly caused the legend to crack from the strain.

Green Bay was a loaded veteran team but in the beginning stages of its decline. The Packers were well-schooled and won on experience. Quarterback Bart Starr had one of his worst seasons, but the defense carried the day for the 1967 Pack.

Oakland stormed to a 13-1 record and a 40-7 win over the Houston Oilers in the AFL Championship Game. Quarterback Daryle Lamonica triggered pro football’s highest-scoring offense (468 points). Lamonica was tabbed “The Mad Bomber” for his deep passes that managing general partner Al Davis loved so much. Lamonica led the AFL with 30 touchdown passes.

Speculation was rampant that Lombardi would retire at the season’s end. All season he was flying off the handle over everything, demanding that third straight NFL title. Lombardi was not in good health and was mentally drained. The term “burnout” was not yet coined, but that’s what football’s greatest coach was suffering from. His players became wary of the screaming tirades yet performed at a peak level when it mattered most.

In a team meeting a few days before the Super Bowl, Lombardi gave a short talk and then said, as his voice cracked, “This might be the last time that we are together.” Everyone knew what that meant. It was all over for Lombardi.

The Packers sat in the darkened room for the film session to study the Raiders. Normally Lombardi would bark, yell, and make points at film sessions. He would stop the films over and over again for coaching purposes. But this time, there was silence. And the film was never stopped.

The experts proved correct as the second Super Bowl wasn’t much of a contest. The only suspense was right before halftime. Oakland trailed 13-7 and was to receive a punt at midfield. Thus, the Raiders would have a chance to take the lead. But Roger Bird fumbled the punt, and Green Bay recovered. The Packers kicked a field goal and went into the locker room with a 16-7 lead.

At halftime, Packers guard Jerry Kramer simply told his team, “Let’s play the final 30 minutes for the Old Man.” The final score was 33-14.

Bart Starr threw for 202 yards and a 35-yard touchdown to Super Bowl I hero Max McGee. In a hilarious moment on the NFL Films Super Bowl II highlight film, the narrator referred to the veteran playboy as “Elderly Max McGee.” Fittingly, it was McGee’s final pro game.

Talented Oakland made most of the errors with a -3 turnover ratio. Green Bay enjoyed a 35:54 time of possession. The youthful Raiders may have had more raw material, but Green Bay had a wealth of championship experience. That was the difference.

In an iconic moment captured on the cover of Sports Illustrated, Lombardi was carried off the field in glory for the final time. The photo shows him looking down at guard Jerry Kramer. Both men were beaming.

Lombardi announced his retirement the next month. Green Bay would not return to the Super Bowl for 29 years.

Like the Chiefs in the previous year, the Raiders were scoffed at as an inferior AFL team. But, like the Chiefs, the Raiders have been treated well by history. Many teams have had worse showings in the Super Bowl. Vindication came when the 1967 Raiders were named among the NFL 100th Anniversary Top-100 All-Time Teams list.

As for Green Bay, the Lombardi years remain one of the greatest eras of glory in pro sports history.