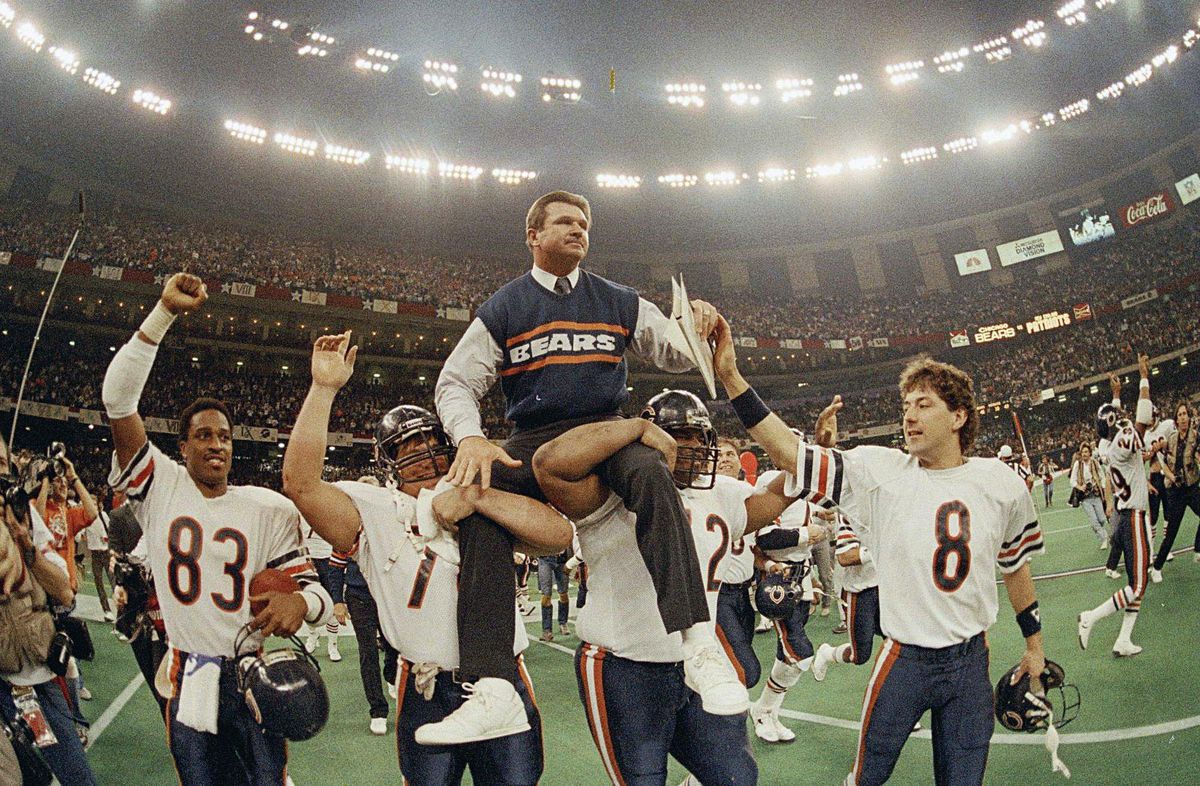 Once upon a time, Chicago was, to paraphrase the Frank Sinatra hit song, everyone’s kind of town. Before the city became too full of its own snot and hopelessly and voluntarily corrupt, it was a rough and tumbled workaday lunch-bucket tough guy town.

And the Bears were the biggest thing in Chicago sports. Only the NHL Blackhawks with Bobby Hull could rival the football team called “Da Bears.” Chicago was then-called “The City of Broad Shoulders.” Today’s faux sophisticates wouldn’t survive an hour in that Chicago. And nobody had broader shoulders in that era than Bears hero Mike Ditka.

If anyone asked what Chicago is, the answer would be Mike Ditka. Ditka arrived in 1961 as a first-round draft choice out of Pitt. He was brash, bold, cocky, hardworking, hard-playing, and street smart. He had a raw intelligence that caught people off guard. Ditka was also willing to fight anyone over anything. In other words, he epitomized the city at that time and its beloved Bears football team. Dika was a Hall of Fame tight end and played in the Bears 1963 NFL championship team.

Ditka’s irreverent attitude and acerbic mouth got him into trouble with his coach and team owner George Halas. When Ditka said, “Halas throws nickels around like manhole covers,” he was traded to the sad-sack Philadelphia Eagles. Chicago fans loved him all the more after the incident. They could relate to working hard for ungrateful stingy bosses.

After two miserable years in Philly, Ditka finished his playing days with the Dallas Cowboys, where he scored a touchdown in Super Bowl VI. Dallas beat Super Bowl Predictions over Miami, and Ditka got a championship ring.

Following retirement, Ditka stayed with Dallas to begin his coaching career. After eight years under Tom Landry with the Cowboys, he got a call from the desperate Halas. Papa Bear was tired of losing and called his prodigal son home to save the Bears. Chicago was euphoric. Its hero was returning.

When Ditka arrived in 1982, the Bears were Super Bowl Bets longshots. Although they needed time, the seeds of a champion were planted. Stars such as running back Walter Payton, quarterback Jim McMahon, defensive end Dan Hampton, linebacker Mike Singletary, offensive tackle Jim Covert, defensive end Richard Dent, and kicker Kevin Butler formed a powerful nucleus. It was only a matter of time.

Odds to win the Super Bowl – An Un-Civil Coaching War

As one would expect with a Ditka-coached team, his era was full of volatility, controversy, tumult, ranting, raving, tirades, fights, but, most important of all, winning.

The ship was often in rocky waters, no more so than when Buddy Ryan became defensive coordinator. Ryan was his own man and didn’t like having a boss, especially Ditka. Ryan was with the Bears since 1978 and popular with the players. Ryan and the team hoped he would become the new head coach in 1982. When Ditka arrived, the two strong-willed old-school coaches feuded in the open.

In 1985 the Bears were 12-0 with a Monday night game at the Miami Dolphins, the only franchise to ever go undefeated in a season. It was the biggest game of the year. Miami smoked the Bears 38-24, and Ditka challenged Ryan to a fight that players had to break up. However, Ryan was a defensive genius and asset. His 46 Defense terrorized the NFL in 1985

The 1985 Bears went 15-1, ranking second in the NFL for offense and 1st for defense. They outscored opponents 456-198. They posted two shutout wins over the New York Giants (21-0) and the Los Angeles Rams (24-0) in the playoffs. Super Bowl XX was an anticlimactic 46-10 demolition of the New England Patriots. Nobody saw anything like it before or since.

There was no single-season team as dominant as the 1985 Chicago Bears. In particular, their defense was ferocious and brutalized opponents into absolute submission. Chicago produced 51 sacks and 54 turnovers.

From 1984 through 1991, the Bears made the playoffs all but one season. Many believe they should have won multiple Super Bowls. But McMahon couldn’t stay healthy at quarterback, and the team was full of itself and its 1985 glory.

But in 1985, the Bears were perhaps the greatest NFL team of all time. And some gray-haired guys in Chicago will beat anyone who disagrees to a bloody pulp.