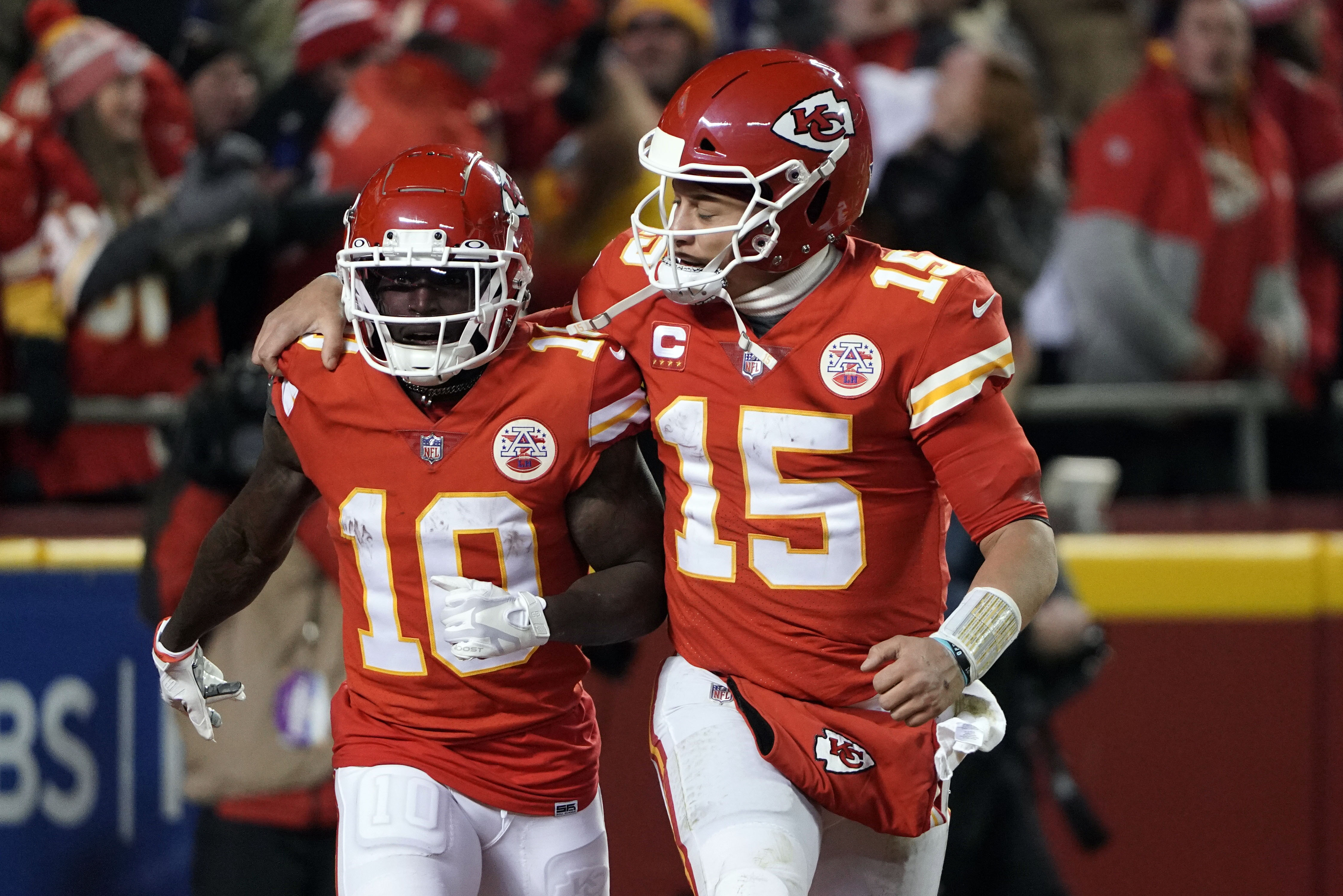 It’s going to be hard for Championship Sunday to top the excitement of Divisional Round weekend. The first three games weren’t decided until the final whistle with all three road teams winning on last-second field goals. The football gods decided to save the best for last though with the Kansas City Chiefs topping the Buffalo Bills in what may go down as the greatest game of all-time. Kansas City was the one favorite to win, so the Chiefs are the overall favorites on the Super Bowl lines with four teams left.

The Kansas City Chiefs fell behind the Buffalo Bills twice in the final two minutes of their playoff game on Sunday, but Patrick Mahomes brought them back from the brink both times before leading the Chiefs to the win in overtime. Mahomes was brilliant for the second straight game, as the Chiefs amassed 552 total yards. Kansas City’s star quarterback was responsible for 447 yards as the team’s leading rusher too, and his 96.0 QBR was one of the best numbers recorded all year.

There are concerns about this team though. The Chiefs lost star safety Tyrann Mathieu due to a concussion, and the secondary really struggled in his absence. Mike Hughes was repeatedly burnt, and he did not look like a first-round pick.

However, the Chiefs should be able to run the ball better than they did against Buffalo. Cincinnati’s defense isn’t nearly as good as Buffalo’s defense, but the Bengals did outgun the Chiefs in Ohio at the start of the month. There’s a reason that Cincinnati is a touchdown underdog per the NFL latest line though.

We nearly saw the Los Angeles Rams snatch defeat from the jaws of victory on Sunday in Tampa. The Rams were up 27-3 midway through the third quarter on the Buccaneers, but they had four fumbles and reliable kicker Matt Gay came up short on a 47-yard field goal. Tom Brady led the Buccaneers back to tie the game, but Matt Stafford found Cooper Kupp deep to set up a chip shot field goal for Gay as time expired.

The Rams will be at home for the NFC Championship Game, but they are only a short favorite against the San Francisco 49ers by the NFL betting odds. The 49ers have knocked off the Rams in six straight meetings between the two teams, as Kyle Shanahan has had Sean McVay’s number. Los Angeles does have an elite pass rush though led by the player that should be the league MVP in Aaron Donald.

San Francisco is the darling team this postseason. The 49ers have been very popular as an underdog in each of the first two rounds of the playoffs as a No. 6 seed. They had a hard time moving the ball against Green Bay last week though, and they won despite failing to score an offensive touchdown.

This defense has been fantastic in the playoffs. San Francisco has dealt with a lot of injuries on this side of the ball over the last couple seasons, but Nick Bosa and Fred Warner played very well after getting banged up against Dallas in the Wild Card Round. Both players are difference makers for the Niners.

Two of the 49ers’ most important players on offense are questionable to play in the NFC Championship Game. Deebo Samuel will be undergoing tests on his ankle during the week, and standout left tackle Trent Williams might have suffered a significant injury in the win over the Packers.

Kudos to Cincinnati for winning its first road playoff game in franchise history this past weekend. The Bengals have been around since 1968, yet they have are just 7-14 in the playoffs in those 54 seasons and their previous six playoff wins came in Cincinnati.

They still have the longest odds to win the Super Bowl despite their upset win over Tennessee this weekend, as the Titans largely gave them the game. Ryan Tannehill threw three pivotal interceptions, including one at midfield with 20 seconds left to give the Bengals the chance to win the game with rookie kicker Evan McPherson.

Joe Burrow was sacked nine times in the win over Tennessee, and this offensive line must do a better job of keeping him upright.