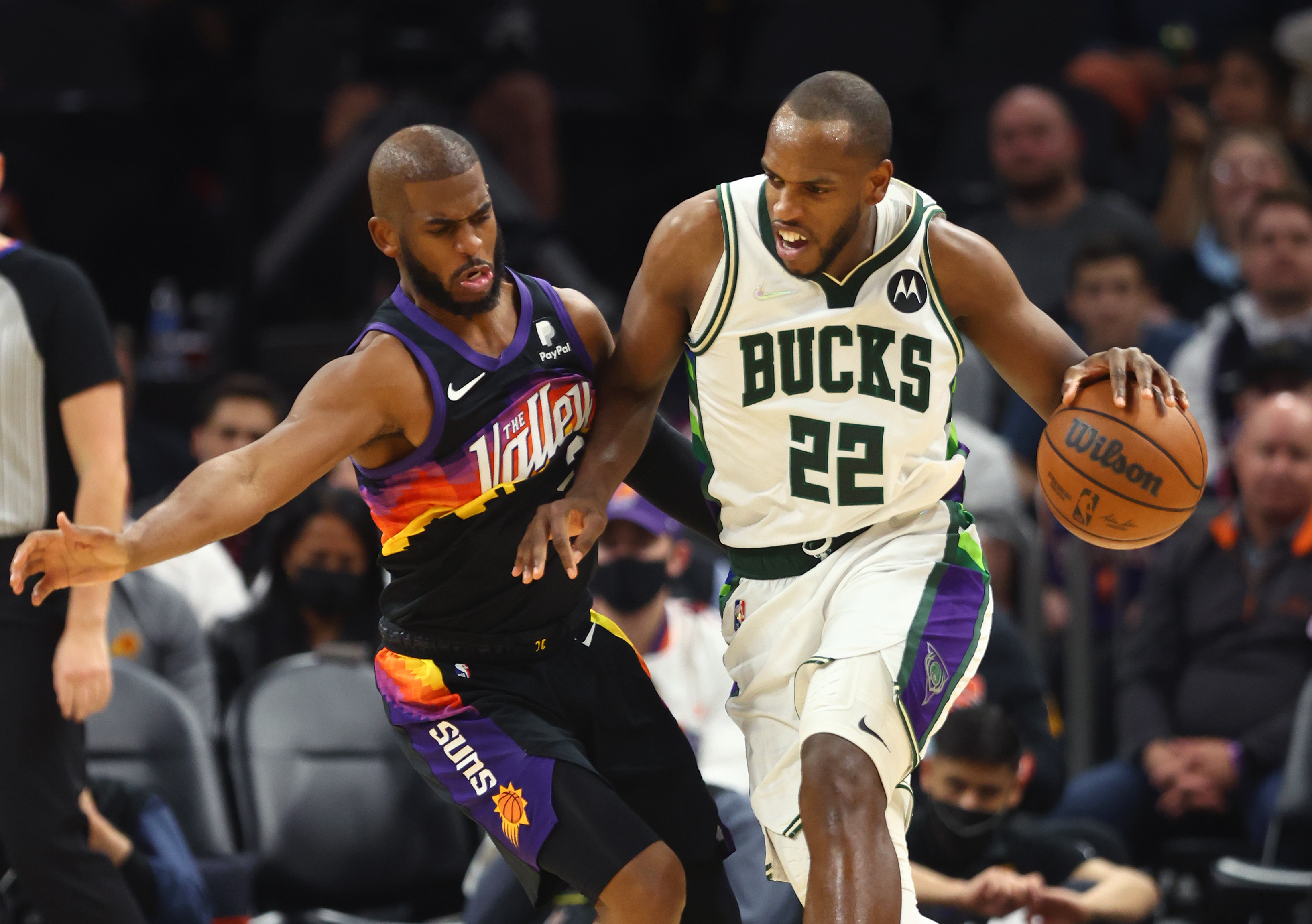 It is an NBA Finals rematch on Sunday, as the Phoenix Suns visit the Milwaukee Bucks on ABC. The Bucks won the NBA title a year ago, beating the Suns four games to two. The Suns got a small measure of revenge last month, blowing the Bucks off the court in Phoenix, winning 131-107.

The Suns are listed at odds of 4-1 at SugarHouse Sportsbook to win the NBA title while the Bucks are listed at 6.5-1. The Suns are co-favorites along with Golden State, while the Bucks are the third choice in NBA betting odds. It would be a major surprise if this year’s NBA Finals didn’t include either Phoenix or Golden State. The Bucks are definitely a contender in the East but they are no sure thing, as a number of teams are capable of beating Milwaukee, including the Miami Heat who currently lead the Eastern Conference.

It should be noted that the Suns are currently without Chris Paul who has a thumb injury. The Suns are hoping he can return sometime next month. Also, keep an eye on the status of leading scorer Devin Booker who was placed in COVID protocol on Wednesday.

The Suns played at home against the Trail Blazers on Wednesday and then hosted the Knicks on Friday.

The Suns got to feel a little better about themselves by routing the Bucks last month, but nothing is really going to help Phoenix get over last season other than winning the NBA title. The Suns are not at full strength, as the loss of Paul is a big one and who knows if Booker will be available for this one. If Phoenix was at full strength, then they would probably be the way to go in this one, but they are not. Playing the total could be the best bet in this one. Phoenix is not as potent on offense without Paul in the lineup, and there is no question that the trends support the under, as 7 of the last 10 meetings in Milwaukee have gone under. I will go under the total in this one.