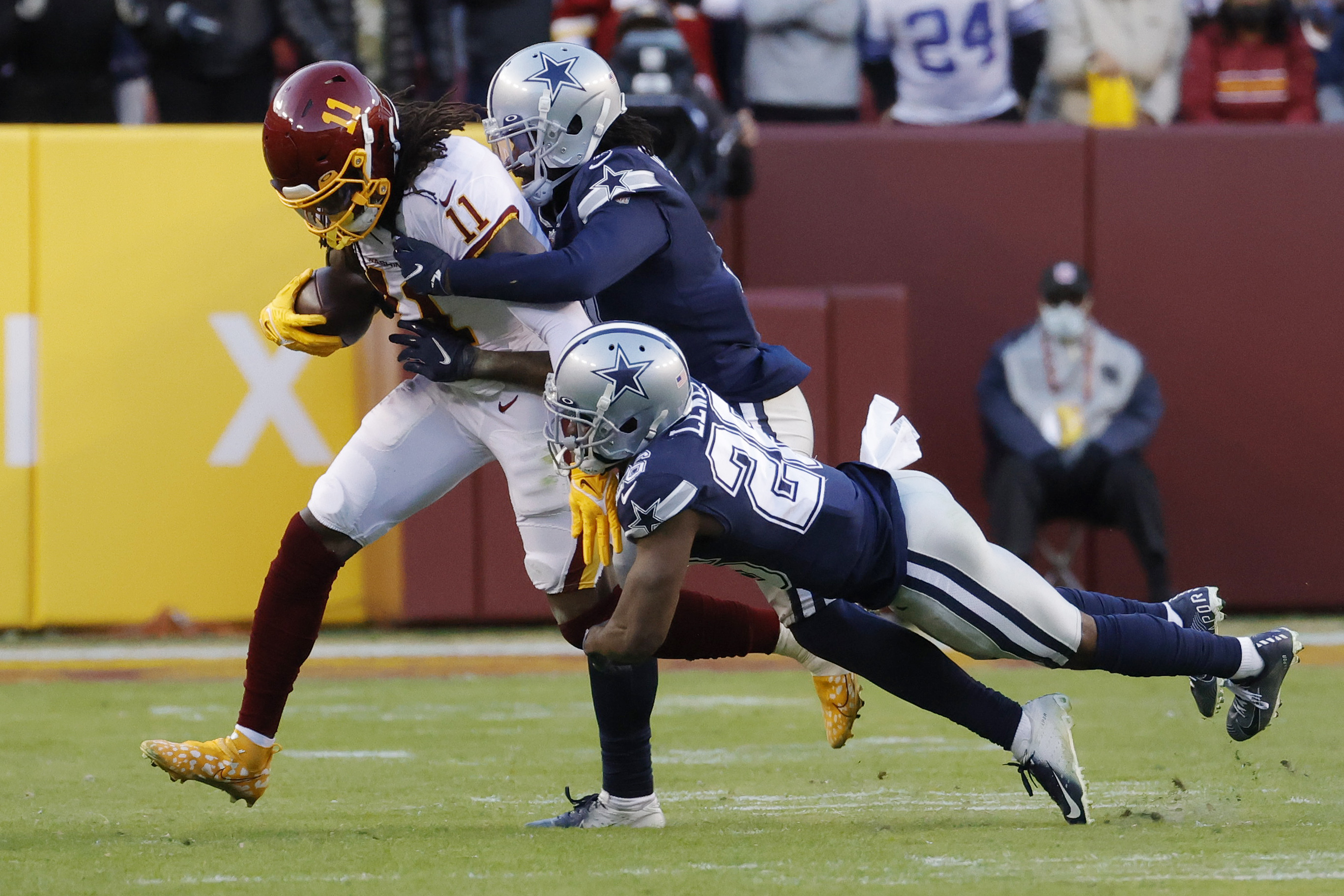 Once upon a time, in the Glory Years of pro football and in less politically correct times, the Washington Redskins and Dallas Cowboys had a bona fide rivalry. Throughout the 1970s and 1980s, Washington and Dallas routinely battled for the NFC title. Most of these games got the best TV time slots that drew massive ratings and betting activity. These days Dallas is a hot NFL wager property, and Washington is not. But that doesn’t stop NBC TV executives passing on the flex and keeping Dallas in prime time for their Sunday Night game against Washington.

On Sunday, December 26, 2021, the Dallas Cowboys will host the Washington Football Team at AT&T Stadium in Arlington, Texas. Kickoff time is set for 8:20 p.m. ET with television coverage on NBC.

Dallas opened as a 9-point favorite at the SugarHouse Sportsbook with a total of 47.

Since 1978 when NFL Films proclaimed them “America’s Team,” the Cowboys have been just that. As the CBS TV Sports executives would say back in the day, “When in doubt, give ‘em the Cowboys.” This status has long directly affected the odds for NFL picks and parlays. With the possible exception of the Los Angeles Lakers and New York Yankees, no team is more “public” than Dallas. And when Dallas is in good form and playing an opponent that is not, the betting lines can get pricey. Thus, the opening line reflects that.

Gamblers are on edge with the constantly changing COVID list. This factor may actually work in the Cowboys’ favor. With the uncertainty of who will play and who will not, the betting line is unlikely to get too out of whack either way.

What is most remarkable about the betting value of these teams is that the Cowboys have consistently cranked cash while Washington is deep in the red.

Washington has fallen three positions to stand at 10th in the NFC playoff race. The Minnesota Vikings hold the seventh and final NFC position at this time. Meanwhile, the Cowboys are currently in the second seed position, one game behind the Green Bay Packers. Dallas is one of four teams that have records of 10-4.

The Washington Football Team has failed to cover its last two games for NFL football betting picks. On Tuesday night, Washington lost at Philadelphia 27-17 as 10-point dogs for a push. The game went over the total of 39.5. Washington now stands at 6-8 straight up, 5-8-1 against the spread, and 6-8 under the total. The WFT ranks 23rd for scoring offense and 25th for points allowed.

How ‘Bout Them Cowboys!

Last Sunday, the Cowboys manhandled the Giants 21-6 as 11.5-point road favorites for Free NFL picks. The game went under the total of 43.5. It was the third consecutive payout for the Cowboys. Dallas has gone under the total in seven of its last eight games. Dallas ranks 2nd in the NFL for scoring offense and 7th for points allowed.

Earlier this week, Dallas Cowboys owner Jerry Jones bragged that his defensive front is the best since the team’s Super Bowl days in the 1990s. That is quite a statement, but there is evidence to back it up. Randy Gregory, Demarcus Lawrence, and Michal Parsons are a nightmare for any opponent.

The 2021 campaign has been a Bet on NFL games renaissance for the Dallas defense. Last year the defense was so putrid that it cost the team a playoff berth. Just as important is the fact that quarterback Dak Prescott is back after missing almost all of last year. Prescott has a 98.1 QB rating with 3598 yards passing and a 25/10 TD/INT ratio. Running backs Ezekiel Elliott and Tony Pollard keep defenses honest with effective running. In particular, Pollard has stood out in recent games.

In this situation, the Cowboys are in much better form than Washington. Further, Dallas is fighting for home field advantage in the NFC Playoffs.